The Dangers of Overly Demanding People 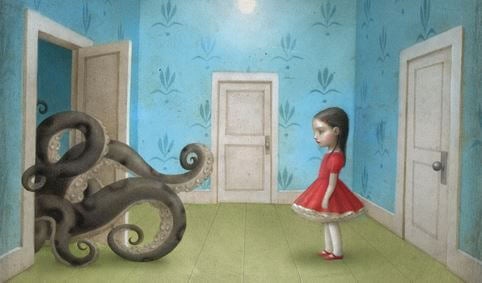 Many people around us are addicted to asking for things from us over and over without offering anything in return. We’re talking about people that take advantage of certain situations and believe that what’s in their best interest is more important than anything else.

Usually they don’t ask themselves if their demands are fair or unfair, since they don’t ever look beyond their own interests. Obviously, some people are more obviously egotistical than others, but usually with time we’re able to open our eyes and protect ourselves from them.

Nevertheless, there are some smiles that sometimes manage to cover an excessively demanding personality. This is especially dangerous for our emotional integrity, since it can even make us feel guilty for not giving them what they’re asking from us, though it’s not even within our grasp.

To avoid this, we should make use of a mental scale that will allow us to weigh in the most objective way possible if the benefit is reciprocal, or on the contrary, if we’re always the ones stuck with the short stick.

As people tend to say, one thing is to be nice and another is to be dumb. The thing is that many times we sin in favor of the latter for the sake of not renouncing our kindness. And as a consequence, people may tend to take advantage of us.

This way we can spend a long time giving all of ourselves without asking for anything in return. However, sometimes the moment comes when we do ask for something, and we don’t obtain what we expected.

In this kind of situation, it’s normal for us to feel sad, let down, irritable and distrusting. Why would we expect someone for whom we’ve done so much for to let us down like that?

Once again, our problem lies within our expectations, since he who expects too much, can expect to be disappointed.

There’s a fine line between use and abuse of our trust. Wanting to please everyone is sentencing our own fate. Therefore, you have to be careful to not make the mistake of giving in on everything because you feel blackmailed or morally obliged.

Every relationship should feed on some sort of reciprocity in order to not deteriorate or poison the things that bind the members together.

Either way, it doesn’t always mean that we’re being used every time we feel this way. It’s just that others don’t react the way we would and that upsets us and increases our feeling of being used.

So the ideal thing would be for us to be careful, assess the situation well and be patient before we conclude that someone is taking advantage of us. In other words, we should make the facts outweigh our emotions.

Don’t let others make you into someone you’re not

Vampire-like people are only interested in their own benefits. When you discover them, keep your plans far from their lives and establish emotional limits that don’t put your identity into jeopardy. Keep in mind that every bond requires reciprocity, without turning it into a contract of “I’ll only help you when you help me.”

Giving to receive doesn’t require you to return the favor in the same way, but it does speak of willingness and mutual generosity. Both parties of the relationship should feel and transmit it, because otherwise the relationship is doomed.

Pay attention to not falling into vampire-like relationships again. Say no when you feel like it, but do it in an assertive way. Ask for respect and know that you’re worth it.

Link copied!
Interesting Articles
Psychology
Everything Is Hard Before It Gets Easy

We've all had moments in our lives when we want to try something new. But often, we tell ourselves, "this…

Wellness
The Best Way to Show Love is to Tolerate Imperfections

Perfect affection is found, in some way, in a tolerance for imperfections. It means living outside of the perfect world of…

Life can be wonderful, but realistically, it isn't always so, no matter how hard you try. Some good things will…

Culture
The Touching Story of the Old Man and the Crane

They say that a long, long time ago in a distant village, a man with long white hair arrived. This particular…

Personal Development
How to Improve Your Active Listening Skills

You probably think that you're a good listener. But are you right? Can you improve your active listening skills? In…

Wellness
You Came Into This World to Be Yourself

The goals that society sets for us are oftentimes the ones we end up accepting. And then, later on, it's possible…