Actor-observer bias implies the belief that people make different attributions depending on whether they're the actor or the observer in a given situation. 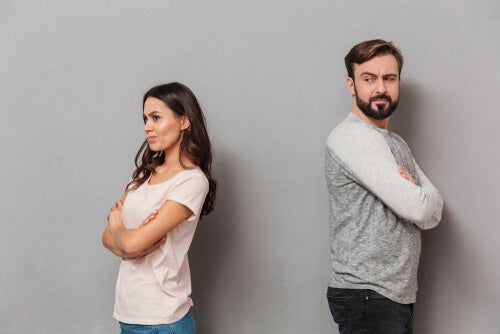 Also, the actor-observer bias plays a key role in how you perceive and interact with other people. In essence, people tend to make various attributions depending on whether they’re the actor or the observer in a given situation.

When a person judges their own behavior and plays the actor, they’re more likely to attribute their actions and results, especially if they’re negative, to situational circumstances (bad weather) or temporary peculiarities (tiredness) instead of internal and relatively stable variables, such as personality.

However, when an observer explains the behavior of another person (the actor), they’re more likely to attribute their behavior to the general disposition of the actors rather than to the factors of the particular situation.

Actor-observer bias tends to be more pronounced in situations with negative results. You protect yourself in a way by blaming the situation or the circumstances. However, when something negative happens to another person, outsiders often blame them for their personal choices, behaviors, and actions instead of external circumstances.

In this sense, researchers found that people don’t fall as much into the actor-observer bias with people they know well, such as close friends and relatives. But why?

Apparently, the reason is that, when people have more information about the needs, motivations, and thoughts of close individuals, they’re more likely to take into account the external forces that affect their behavior.

A possible reason that justifies the actor-observer bias is that, when people are the actors in a situation, they’re more aware of the circumstances of the situation. However, on many occasions, when you, as an observer, make an attribution, you don’t know much about the actor’s circumstances. Thus, what you do have is the memory of someone associated with stable characteristics.

Unlike actor-observer bias, fundamental attribution error doesn’t take your behavior into account. Instead, it’s often just a part of the internal causes of other people’s behavior.

Therefore, one could say that fundamental attribution error is an attribution bias that discusses one’s tendency to explain someone’s behaviors in their internal dispositions. But actor-observer bias compares how you make attributions when you’re in one place or another (either as an actor or as an observer).

Actor-observer bias can be problematic, as it can lead to misunderstandings and arguments. This is because two people may not agree on what happened. Mainly when they have two different points of view, that of the observer and that of the actor.

In fact, it seems logical to think that there can be no agreement, especially when both parties attribute individual behaviors to external situations (external attribution). Also, when the other party’s situation attributes them to their features (internal attribution).

You can avoid conflicts by taking a step back and by identifying the circumstances in which a person couldn’t solve a problem or lied. In addition, this will help you correct your mistakes and help you get perspective. If you do it with yourself, why not try to do it with others as well?

How We Explain Other People’s Behavior
Human beings have a natural tendency to use double standards when it comes to explaining their own and other people's behavior. Science tells us why. Read more »
Link copied!
Interesting Articles
Social Psychology
Some People are Victims of Circumstance