Do you and your significant other argue a lot? Are either of you jealous? Do you have no privacy? It might be time to go to therapy if you're currently experiencing one of these relationship problems. 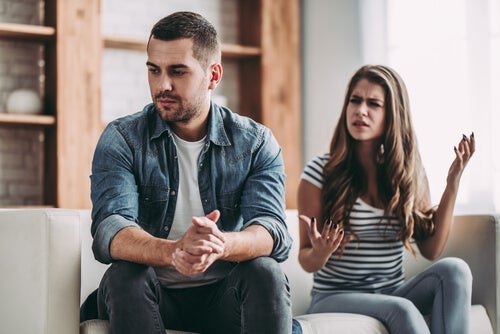 How many relationship problems must a couple have before going to therapy? Everyone has disagreements, and you can solve most of them without the need for third-party intervention. However, having a different, educated perspective is sometimes the only way to understand one another; it’s either that or splitting up.

The article “First interview in couple therapy: co-construction of a situated encounter” says that: “A consulting couple has an edge of tension they can’t resolve, they’re trapped in their conflict and have no future”.

1. Jealousy is a problem that puts a dent in a relationship

Jealousy is a common problem in relationships; it isn’t normal so you must take it very seriously. Certain beliefs rooted in your culture may lead you to perceive jealousy as a sign of love. However, it only denotes a person’s deep insecurity or is a clear indication that the other person is cheating.

As per the article “Emotional intelligence, jealousy, propensity for abusiveness and conflict solving strategies in the couple“, jealousy can lead to abuse as a result of the emotional instability that arises from insecurity and that can result in major violence. Thus, you must seek therapy if you find yourself in this situation.

Many people think that arguing is normal and, of course, they argue every day. It’s kind of surprising because, in reality, discussions are exhausting, consuming, and eventually undermine a relationship. A breakup is imminent if discussions tend to escalate.

Thus, constant confrontations can either be the consequence or the origin of communication failures regarding responsibilities within your coexistence, such as respect for the personal spaces of one another, your children’s education, etc.

It’s time to renegotiate any previous agreements when long-term projects are no longer compatible. Similarly, if communication isn’t flowing, then it might be time to seek therapy.

In matters of distance, there’s always a solution if both people are willing to be apart. But it’s harder when there are children, so if one of the members must maintain their position then it’s probably time to end the relationship.

4. Not having sex is one of the most common relationship problems

Intimacy is an important part of a romantic relationship and it’s the only thing that differentiates this kind of relationship from the ones you have with your friends. Thus, this lack of quality is often the origin of many unrelated problems in a relationship.

Intimacy is a space beyond sexuality. It’s a place for trust, confessions, and for the projection of wants and desires. Thus, it’s a time for listening and reciprocation. It’s a bubble of protection and motivation so that both people who comprise a couple can grow together and individually.

5. One of you wants to change the other

Trying to change a person leads to frustration. You could be so happy with your partner if they only worked on those two or three little things you can’t stand about them. This way of thinking leads many couples to try to change each other, either conscious or unconsciously. Thus, their own wants make them forget they have no right to try to change others, that they’re trying to cross a very dangerous line. Yes, they make suggestions, but that’s about it.

It’s time to seek therapy when you feel a huge desire to change your better-half. This is a path that will lead to a breakup, mutual acceptance or, ultimately, an open and sincere negotiation. It could be a turning point that either helps you lead with your dissatisfaction or to a breakup.

You must opt for therapy if you have any of these problems in your relationship. It can be rather enriching on your own or as a couple.

You can find quotes about romantic love everywhere (just like love itself). Some of them talk about the tender side…

Romantic Relationships
The Theory of Dyadic Formation and Couples

The word "dyad" in the theory of dyadic formation refers to groups of two people, such as relationships between partners,…