9 Signs of Psychological Manipulation Through Our Words 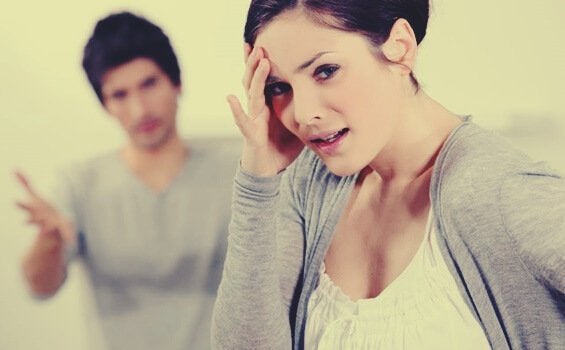 Not answering. The use of sarcasm. Saying that it’s impossible to talk to you. Talking down to you as if you were a child. Threatening with ultimatums. The signs of psychological manipulation in communication and language are as varied as they are exhausting. It is a form of mental exploitation and emotional abuse that we must learn to recognize.

Licio Gelli was one of the most sinister men in Italian history. This agent of the so-called Masonic Lodge Propaganda Due was a neo-fascist specialized in the manipulation of the masses. This evil  character once said that, in order to control someone, you just had to know how to communicate. He showed that language is a weapon, and could be used in a perverse way for domination.

We know this all too well. In the realm of politics, in advertising and in that great universe of the mass media, there is an almost constant use of manipulation to seduce us, influence our decisions and, ultimately, to control us. Now, when we enter the private realm, everything becomes a bit more sibylline and complex.

We are speaking about our communication with our family, partner, friends… The signs of psychological and emotional manipulation are evident all around us, but are often camouflaged. We can also unconsciously fall into the trap of using them ourselves. It is, therefore, essential to know how to detect them and react to them.

We need to understand that it is not only important to be careful of what we say but also how we say it.

Signs of psychological manipulation in communication

When we refer to the idea of psychological manipulation through our words, what happens in the first place is an imbalance in the relationship in question. It is the use of language to benefit oneself. Not only to control the other person, but also with the intention of harming them. Our bare emotions are what produce this covert aggression inside us.

Aldous Huxley said that words can be like X-rays. Used in a Machiavellian way they can pierce everything: the self-esteem of the other, dignity and even identity. Let us learn, therefore, to see them come, to understand a little more about this destructive dynamic on a personal level. Here are 9 danger signs.

1. Manipulation of the facts

Every expert in psychological manipulation in communication is a great strategist who is twisting the truth. He will always turn it to his own favor, lessen his share of the responsibility, and pass all the blame onto us. Moreover, they will exaggerate and withhold key information and thus ensure that the balance always tilts towards their version of the “truth”.

2. They will tell you that you’re impossible to talk to

This approach is simple, direct and effective. If someone tells you that “you’re impossible to talk to”, then they’re avoiding precisely what you want to do: to talk about the problem. It is common for them to tell us we’re too emotional, that we make a mountain out of a mole hill, and that they just can’t talk to us. They accuse us of the very thing they suffer from: poor communication skills.

The psychological and emotional manipulator also often makes use of another very common communication strategy. We’re talking here about intellectual harassment. People fire non-stop arguments our way, along with different information, facts and convoluted reasoning in order to exhaust us emotionally and convince us that they are right.

4. Ultimatums and little time to decide

If you don’t accept what I say, it’s all over. I’ll give you until tomorrow to think about what I’ve told you. This type of communication is undoubtedly very painful and distressing. They place us between a rock and a hard place, they generate anxiety and they cause great emotional suffering.

We need to understand that if someone respects us, and really loves us, then they’ll never use these threats of “all or nothing”. It’s another very common manipulation strategy.

5. Repeating our name during the conversation

When someone repeats our name almost continuously and exaggeratedly in a conversation then they are employing a clever control mechanism. By doing this, he forces the other person to pay attention and makes him feel intimidated.

Using irony and a black humor that seeks to humiliate and ridicule is another of the most common signs of psychological manipulation in communication. The aggressor or manipulator seeks to belittle us and tries to impose his supposed psychological superiority on us.

7. The use of silence or evasiveness

I don’t want to talk about it. Now isn’t a good time. Why are you bringing that up now?… This type of communication is very common between partners, especially if one of them lacks communicative skills and a sense of responsibility.

8. Claiming ignorance: “I don’t understand what you mean”

9. They will let you speak first

One of the most subtle signs of psychological manipulation is where one person always makes the other speak first. With this strategy you achieve several things. The first one is to buy time to prepare their arguments, the second is to find our weak points. It is also common that, after listening to us, the emotional manipulator avoids expressing their own ideas or opinions. They just ask questions, and, instead of trying to reach an agreement, they seek to highlight our shortcomings. They direct the conversation in such a way as to make us out to be clumsy, weak people.

To conclude. While it is true that there are many other strategies of psychological and emotional manipulation in human communication, these are undoubtedly the most common. They are forms of intimidation that don’t only limit the possibility of being able to establish an effective dialogue, but also serve to subdue the other person and to incapacitate them at all levels: personally, emotionally and mentally. We must learn to recognize these destructive strategies.

Benching: Emotional Manipulation to Keep Someone Interested
What's benching? The concept is simple: feign interest in a person we don't want anything serious with so we can have them as a backup.  Read more »
Link copied!
Interesting Articles
Psychology
Get Better Relationships by Learning How to Express Yourself

Psychology
The Importance of Using Loving Language With Children

Speak to me nicely. Without raising your voice, but with the firmness of someone who can convince me of everything…

Psychology
The Anxiety Produced By the Passage of Time

Time is always a crossroad of paradoxes. On one side, it’s still just an invention of the human being. It might…