7 Strange Emotions we all Feel Sometimes 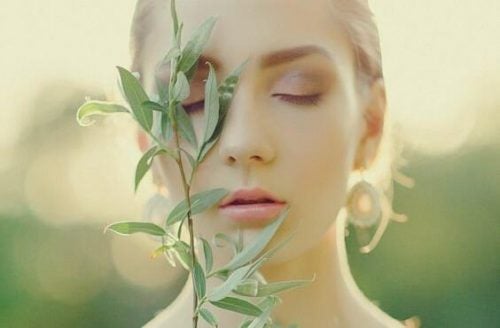 There are some common  strange emotions that all of us have felt. Fear, when there is something that threatens us. Rage, when someone hurts us or makes us feel bad. Joy when people tell us nice things… These are daily emotions that we’re all aware of. Even so, once in a while, some strange emotions appear that may trouble us.

Just because they’re strange doesn’t mean most people haven’t felt them. On the contrary, many of us have felt strange emotions. What we can’t explain is where they came from or why. Sometimes, they come up at the worst time.

“Human beings think it’s so strange to exist, that the philosophical questions arise on their own”.

Today, we’re going to talk a little bit about those weird emotions that come up suddenly and leave us feeling confused. Another thing that’s strange about them is that they don’t have a specific name . That is why we need to describe them. These are seven:

1. A sudden and temporary loss of confidence in ourselves

This is a bothersome feeling in which a strong sense of inferiority is combined with shame, frustration, and shyness. In an instant, we can feel completely incompetent and useless without knowing exactly why.

This emotion is often colloquially described as “feeling small”. It is that feeling of a sudden loss of confidence in yourself that you feel when you believe someone else to be more competent than you in some aspect, even though you might not know how to verbalize it. It’s not that you feel a threat, as such, but rather that you suddenly feel very vulnerable.

2. Sadness and joy at the same time, one of the strange emotions

Another one of those strange emotions occurs when joy and sadness get mixed with each other. You can’t even say what the proportion of each is. You just feel that both of the emotions co-exist. You might even feel like crying, from happiness and sadness at the same time.

This feeling commonly appears when we contemplate something with immense beauty. Perhaps it is a landscape or a work of art. Also, when we see the sign of something bad over a sublime and beautiful object, like a beautiful flower with a torn or damaged petal.

3. Everything happens so quickly and you’re about to miss a huge opportunity

This is one of the strange feelings that comes up when we’re going from one stage to another in terms of age. What is commonly called the “quarter-life crisis” or the “mid-life crisis”. In these stages, it’s normal to feel like time is going by too quickly.

But it’s not just that. We also have the feeling that we’re “losing some big opportunity”, even though we can’t say exactly what kind of opportunity it is. It is simply as if we just missed the train and it won’t come back. This is when a certain anxiety or feeling that we should hurry arises as we want to find a new opportunity to substitute the lost one.

4. Everything is going to turn out fine, even though it might not seem so

This is one of the strange feelings that is also very pleasant. We have all felt it at some point, and there is actually a word to describe it: pronoia. This term is technical and means the opposite of paranoia.

Thanks to this feeling, we experience the world with new optimism and hope. We have a strong internal feeling that tells us that everything is going to be OK. We also feel as though nothing could come between us and our path, and this is greater and more powerful than any obstacles we foresee.

5. A giant feeling of emptiness when someone visits us and then leaves

It’s normal for us to feel sadness when someone dear to us visits us and then leaves. Nevertheless, there are some times when this feeling takes on extreme dimensions. This is despite the person not leaving forever.

That person leaves and what remains is a huge feeling of emptiness in our soul. Sometimes we have the feeling that we’ll never see them again, although there’s no real reason to think so. We see it as an ultimate goodbye and that hurts us. Even so, this feeling quickly goes away.

6. An urge to throw yourself into the void when you in a very high place

Sometimes you’re in a very high place and, you suddenly feel the void is calling to you. At that moment, there appears the contradictory feelings of wanting to throw yourself into it and also fear of the feeling itself.

Some say that this is one of the strange feelings that comes from the hidden desire to “risk your life.” In other words, you want to recklessly face danger. In some cultures, this feeling is known as the “call of the void”.

7. The desire to momentarily abandon yourself and let someone who loves you take care of you

This is another one of those strange and pleasant feelings we sometimes experience. It consists of a very strong desire to once again feel like a dependent and weak child. It appears when we’re with someone who loves us and with whom we want to feel safe.

This is the desire to stop worrying about yourself and let the other person take care of your life. It’s not a state that lasts long, but it’s certainly strong when it does appear. In fact, you can stop thinking and surrender yourself to the other in those marvelous moments.

What these strange emotions have in common is that they combine several basic emotions at the same time. That is why they seem odd and, for that same reason, none of them last long. They come like a flash that appears and disappears before we even know it.

Traits and Functions of the 6 Basic Emotions
We have an old habit, inherited from philosophy, of dealing with reason and emotions as if emotions could alter reasoning. We believe that emotion is hedonistic, transcendental, and irrational. Let's look at the 6 basic emotions. Read more »
Link copied!
Interesting Articles
Emotions
Anxiety as an Ally, not an Enemy

Emotions
Learning to Say How You Feel