Out of control! Stop the world turning, I'm feeling overwhelmed 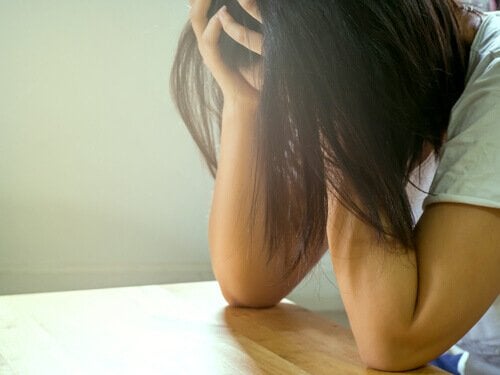 Have you ever felt like everything is out of control? Have you ever wanted the world to stop turning for just a moment because you feel so overwhelmed? We’ve all had moments when we think we can’t take it anymore. The daily grind and stress aren’t usually friends of a calm and tranquil state.

When you feel that a situation is overwhelming you end up frustrated and scared. This sometimes disguises itself as anger or desperation. All this contributes to thought that make it hard to find the right way to tackle the situation.

Before taking action you must first understand what’s happening to you. Sometimes, the only thing you need is to breathe and thoroughly analyze how you’re feeling. Let’s take a look at what steps to take when we feel out of control.

Fear is an emotion that invades when you’re confronted with situations that your brain considers potentially dangerous to your well-being.  In reality, its purpose is not to intimidate you but to prepare you to take action. It wants to protect you.

The mechanism by which fear is unleashed at a biological level can be found in the reptilian brain. which regulates core functions for your survival. And in the limbic system, which regulates your emotions and preservation reflexes. In addition, it’s within the latter that the amygdala sits. This is the part of the brain responsible for triggering your feelings of fear and anxiety.

On the other hand, at a psychological level, fear is an emotional state that helps you adapt to your environment and protects you. However, this state sometimes generates a disproportionate response to situations you find yourself in.

What’s more, fear can also appear disguised as anger, sadness and even frantic happiness. The mask it wears doesn’t matter. What’s important is to respond in an assertive way to the situation when you feel you’ve lost control. First, you have to accept that you’re feeling fear, so that then you can begin to manage it.

The feeling of losing control

When you become the victim of fear and you feel that everything is out of your hands, that you’re out of control and that you can’t do anything to change what’s happening, it’s normal that you you feel frustration and a sense of powerlessness. The thing is that if fear traps you, you will continue thinking that what’s to come is a mess and that you’ll never be able to do anything to unravel it. This translates as the feeling of losing control.

If you allow the feeling of losing control to dominate you, you will end up frozen by it

That said, if we combine fear with the feeling of losing control, the situation becomes the perfect recipe for wishing the world would stop turning so you could disembark. The bad news is that the world can’t stop turning, circumstances can’t change at your whim nor can people. So what to do?

We have good news: you can take a break. In fact, taking a pause to reflect is an important tool to help you solve what comes next. Why? Because it allows you to observe the situation from another point of view, so that you can look for a new, more effective approach.

This suggestion is based on the so-called spheres of influence or control. It’s a practice used widely by humanist psychologists, but particularly connected to the theory developed by Austrian neurologist and psychiatrist, Viktor Frankl.

What are spheres of influence or control?

Spheres of control are a way of seeing your environment topographically, understanding the influence you have on it and it has on you. In order to do this, we need to develop three key spheres of influence:

So, when you’re feeling out of control and that you need the world to stop and you want to disembark because you can’t take any more of the present situation, hang on for a moment and think about these spheres. Try to distinguish and define them so that you can plot a route of realistic action.

All the energy that you invest in trying to control the spheres over which you have no influence, is wasted energy and a sure encounter with fear and frustration.

What’s the point in spheres of influence?

If you are able to, when you begin to differentiate or specify the spheres and how far your actions can take you, the situation begins to feel a little less chaotic. Automatically, the paralysis produced by fear of loss of control also starts to lessen.

The feeling of being out of control starts to lessen when you analyse how far your actions can take you and you realise that above all you have control over yourself.

There is one important thing to keep in mind. While there are some situations over which you can exert some influence the final outcome might not depend on you. So focus most of your energy on your way of confronting the situation.

Your closest sphere, the one over which you have most control, is over yourself. The way of liberating yourself from unnecessary burdens is dedicating most of your efforts and energy to your own actions. If you feel comfortable with what you’ve done, then although situations might not turn out as you’d wish, they won’t affect you as much.

Before asking the world to stop, take a pause yourself and refocus. At the end of the day, what’s most important is that you feel comfortable with what you’ve done. If you honestly consider that you’ve done your best, the final outcome will be better because of it.

Circumstances in which you might be immersed are, in the most part, independent from your desire to change them. That is to say, you don’t have control over them. However, what you have absolute control over is how they affect you. Your thoughts and feelings are significantly affected by your environment, but you have the majority of the control. This is what you should focus on.

If changing a situation which hurts you is out of your hands, you can always choose the attitude with which you deal with your suffering.

Trying to Control Everything is Unhealthy
Trying to control everything is one of our modern day fantasies. Human history is a story of the progressive conquest over the forces of nature. Read more »
Link copied!
Interesting Articles
Wellness
I Wish You Happiness

People will often say things like "I hope that you are happy," but in some way, you can sense that they're also saying  "but not more than me." It's as though they were a…

Wellness
That Feeling that Nobody Really Loves You

We all need to feel loved. It's almost as important as eating or sleeping: a truly fundamental need. When you…

Worry is the true nucleus of anxiety. Once it has been put into motion, there is no way to stop…

Wellness
The Wounds of Hyper-Romanticism

Who has never wanted to feel like a princess? Who has not felt like he was bleeding to death when…