7 Signs That You're a Self-Destructive Person 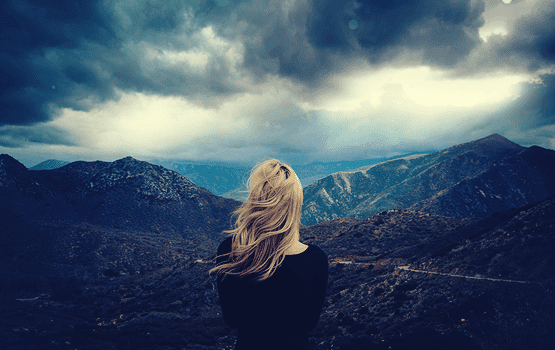 In theory, we all look for happiness and act following in its footsteps. In practice, many human beings don’t follow this schematic. Quite on the contrary. Without knowing why, they doing things that harm themselves. We’re talking about a self-destructive person.

We think that a self-destructive person doesn’t act the way they do because they want to. What usually happens is that they feel bad, but they don’t manage to identify exactly why. So, they develop behaviors that hurt themselves.

In the history of men each act of destruction meets with a response, sooner or later, with an act of creation.

1. Reacting with sadness or irritation when something important is achieved

Although it seems strange, a self destructive person feels an unfathomable emptiness when they conquer an important goal. Having fought intensively for the goal, in the end they aren’t able to feel satisfaction when they finally achieve it.

What they feel when confronted with these triumphs is a certain sadness and sometimes rage. They almost always try to belittle their achievements. They declare it’s absurd to feel happy for such a silly thing. This is a clear sign that someone is self-destructive.

2. Provoking others then feeling guilty

A self-destructive person is usually quite combative. They don’t know why. Nor can they avoid the tendency to generate controversy. In extreme cases, if others say ‘yes’ they say ‘no. If others say ‘white’, they say ‘black’.

In arguments with others, it’s not unusual for them to become verbally agressive or use inconsiderate language. Once the storm passes, they feel a terrible guilt for having stirred up the dispute. They also feel guilty for what they’ve said and how they’ve said it.

3. Not acknowledging feeling good, even when it’s true

For someone self-destructive nothing is ever enough. Their main difficulty is in feeling satisfaction, particularly with something that they have made for themselves. They focus on the dark speck on the white sheet.

If they happen to feel good or you see that they do, they feel annoyed. They will say you’re wrong. They might even feel alarmed. They will search inside themselves for reasons to stop feeling good and to confirm their subjective position of discomfort.

4. Not fulfilling promises that are critical to achieving one’s own objectives

A self-destructive person boycotts themself. They insist that they do this in an unconscious way. So they forget key meetings or stay asleep or mistake the time when they have an important appointment.

It’s as if for them it’s imperative to evade whatever form of wellbeing they might have access to. When they lose big opportunities, because of this apparent forgetfulness or distractions, they find a new reason to go on chastising themselves.

5. A propensity to sacrifice oneself for others

Not only is it good, but it can be very constructive to do things for others. However, in the case of a self-destructive person this type of altruistic act takes on another meaning. It seems that they regularly overlook themselves to improve the lives of others.

With relative ease they renounce their wellbeing to deliver it to another. They are capable of leaving not a penny for themselves in order to help someone else, or to flatter someone with an expensive gesture. Deep down, they feel guilty for something, generally imagined, and this excessive generosity is a form of chastisement and redemption.

6. Not standing up for oneself in the face of abuse, trait of a self-destructive person

A self-destructive person doesn’t know how to defend themselves. In fact, they don’t feel they have the right to protect their interests. They have such a low opinion of themselves that they feel it’s not worth wasting resources to avoid hurt.

One way or another, this type of person feels that others have the right to abuse them. Many of these self-destructive behaviours begin precisely with some type of abuse at an early age. So, they assume that it’s ‘normal’.

For a self-destructive person it’s difficult to establish effective ties with others. Deep down they’re convinced they’re not worthy of love or attention. Sometimes, even, friendship. They feel this way because they don’t appreciate themselves.

If by exception they establish a good relationship with someone, they will feel strange. Inside is an imperceptible voice that says “something’s going wrong”. And so they turn to flings, obsessions and even abusers, damaging their good relationships.

A self-destructive person suffers a lot and makes others suffer. Sometimes the problem is so intractable that they basically live in solitude. Their potential to grow is always limited. Because of all this, the situation calls for the help of a professional psychotherapist.

Surely at one time you've heard of the concept of an inner child in all of us that we keep near our heart. We also know that we must give it…

Psychology
The Impact of Having an Absent Mother

Psychology
Dissociation: a Fascinating Phenomenon of the Mind

Dissociation is a phenomenon referring to the disconnection some people have between their thoughts, emotions, memories, and even their own…

How did you learn to ride a bike? Someone probably gave you some advice and then you practiced on your…

Psychology
The Art of Complaining Assertively

Who in this life hasn't had motives, reasons or the need to demand something from someone? Human relationships are a…