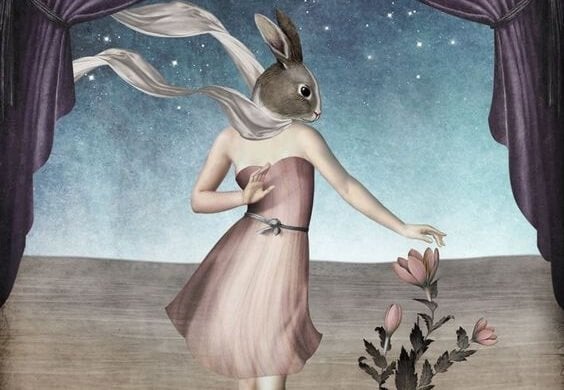 There are lots of myths surrounding the issues of maturity and immaturity. People don’t like being pigeonholed or labeled. Each and every one of us is such a unique mixture. We are both ignorant and wise, childish and conscientious, and all of it simultaneously. However, each characteristic stands out more than the others at different points in time.

We could define emotional immaturity as a condition where a person hasn’t given up the desires or fantasies of their childhoods. These desires and fantasies have to do with them being the center of the universe. They can also even involve “bending” reality to be what they want.

In the same line of thought, emotional maturity could be defined as a state of emotional strength and self-control which leads to realistic and balanced behavior.

“Maturity appears when we start to worry more about others than about ourselves.”
-Albert Einstein-

Maturity and immaturity are both seen in behavior better than an abstract definition. Below, we’ll go through a list of five traits characteristic of emotionally immature people.

A lot of growing up consists of understanding that the world does not revolve around you. A baby does not understand this fact. This is why he cries for food at 2am and doesn’t care if he wakes up his parents. As he grows up, he learns he is not always going to get everything he wants. He also learns other people exist, with their own needs.

Maturing involves setting ourselves free from the chains of our ego. It means losing that illusion a baby lives in. A baby thinks needs and desires are met just by crying. Little by little we gain understanding, and that is when a whole new, beautiful world opens up.

The adventure of exploring other people’s worlds. And if everything goes well, we learn how to preserve our ego while doing so.

One unmistakable sign of immaturity is difficulty with commitment. Kids have a hard time going without what they want at a given moment in order to achieve a more important goal in the long term.

If we give a marshmallow to a little kid and promise him we will give him another one later if he doesn’t eat the first one, the desire to eat the one he has in his hand right now will win.

As we mature, we learn that sacrifices and restrictions are a necessary evil in order to achieve our goals. We also learn that committing to an objective or even to a person doesn’t limit our freedom. It’s simply a condition we agree to for our long-term goals.

3. Emotionally immature people have a tendency to blame others

Children see themselves as beings controlled by others. They think that they don’t act on their own free will. They’re right to a large extent, since they’re still growing up and becoming a part of society. When children are young, they think that mistakes should lead to blame. They don’t care about the damage they have done. Instead, they only care about the punishment.

Growing up means letting go of that sweet irresponsibly. Maturing means understanding that we are the sole person responsible for what we do and what we fail to do. It means learning to recognize our mistakes and learn from them. And knowing how to repair the damage we do. Knowing how to ask for forgiveness.

Autonomy is necessary for relationships based on freedom. However, the concept of autonomy is not clear to immature people. They may think doing what they want is autonomous behavior. But when the time comes to take responsibility for their actions, they need others to share or lighten the responsibility.

Impulsivity is one of the most noticeable emotional trait of immature people. Many times, that impulsivity is expressed in how they manage their resources, like money. So since they’re only concerned with satisfying their desires, and as fast as possible, they don’t hesitate to buy things they don’t need with money they don’t have.

Sometimes they take on crazy financial risks. They don’t objectively evaluate investments and have a hard time making long-term projections. Because of this, it is common for this type of person to find themselves in debt. And all of this just to satisfy their whims.

If this is you, or you if know someone like this, it’s not about pointing fingers. What is truly important is to be aware that growing as a person can mean a better life.

Is Your Partner Emotionally Immature?
One of the biggest problems in a relationship is emotional immaturity. You will probably agree that maintaining a healthy, fulfilling, and happy relationship Read more »
Link copied!
Interesting Articles
Wellness
This is How Smart People Handle Toxic People

The way that smart people handle toxic people says a lot about their psychological abilities. They don't let themselves be…

The best time of your life is the present. Yesterday is over. The future does not even exist. Go…

Wellness
Emotional Reasoning: what it is, and what the Consequences are

Many of us live in a routine where we are constantly planning our lives and thinking about our future. Do you believe…