Recognizing Our Mistakes Helps Us Forgive Others 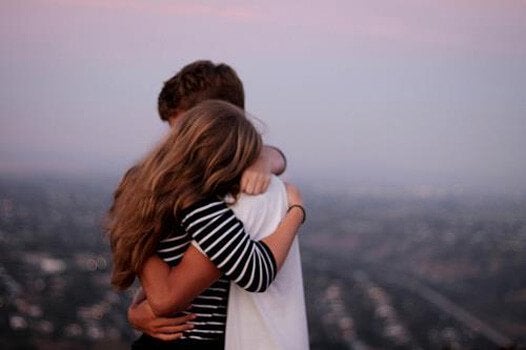 Everyone makes mistakes. Throughout our life, we will have to forgive more than once, and sooner or later we will also need someone to forgive us. Recognizing our mistakes is essential. It is said that true love is demonstrated in three key moments: in failure, in sickness and in forgiveness. If you cannot forgive, that person means less to you than your pride.

Looking at our mistakes from our personal perspective, we tend to justify ourselves or seek excuses to let us act the way we act. But when others hurt us, we attribute the same facts to their personality. Isn’t it strange that we see intention in something that was fortuitous? This leads to an emotional disturbance that distances us from forgiveness.

Recognizing our mistakes drives us away from being little tyrants, justifying everything we do but passing judgement when others do the same. To forgive is not only a gesture toward another, but also the most noble gesture toward oneself.

Forgiving others also benefits us

All of us at some point have been in the position of having to forgive or be forgiven. They and we have both done things that cause damage, whether consciously or unconsciously. The conception that we have of forgiveness is somewhat distorted.

We may think that if we forgive someone, we are justifying the person who hurt us, or we think that to forgive is to forget, to downplay what happened, to resign, to give something to someone else. But this could not be further from the truth. Forgiveness is for us and no one else.

To forgive does not mean that we no longer care about the damage we have suffered, or that we have to behave as though nothing happened. It means that we accept what happened as part of our life and we leave aside the negative feelings and thoughts in order to move forward.

If we do not forgive, we will still be tied to that person in a harmful and toxic way. Freeing ourselves from these negative emotional attachments leaves room for the new emotions and experiences we have yet to live.

Those who do not forgive the small defects of others will never enjoy their great virtues.

Forgive anyone who must be forgiven

There are different positions regarding forgiveness and who should or should not be forgiven. The first and most widespread position is that which perceives forgiveness as essential for the healing of emotional wounds and highlights how beneficial it is to practice forgiveness for physical and mental health.

The second has a different view of forgiveness. It considers that in some cases, not forgiving also is beneficial, since doing so can be harmful to those who forgive and can put vulnerable groups at risk, as in the case of abuse or mistreatment.

The third stance comes into play when you realize there is really no one to forgive. At some point, you realize that the situations that happen to you are no one’s fault; it’s just the way life is.

According to Dr. Schlatter, forgiveness benefits the forgiver rather than the recipient and does not necessarily require the repentance of the doer.

Forgiveness is only learned in life when we in turn need to be forgiven.

Health and illness are viewed today as a complex balance in the interaction between body and mind, between the organism…