5 Strange Sexual Traditions from Around the World 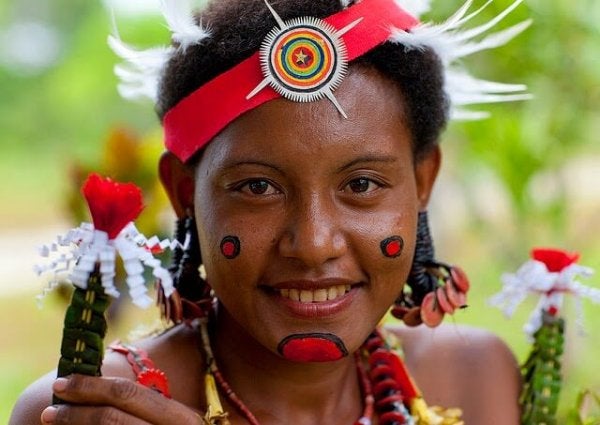 For thousands of years, sexuality has been the subject of curiosity, interest, fear, and enigma. There are many sexual traditions related to relationships and maturation.

Many of those sexual traditions have survived the erosive passage of time. Although it seems hard to believe, customs that Western culture’s limited framework may consider strange – even unacceptable still exist today. We’re talking about female and male circumcision, initiation rituals, sacrifices, and a wide variety of mystical acts.

A few of these sexual traditions attract attention due to their brutality. Others arouse curiosity because they contrast greatly with Western customs. All of them tell us about the symbolic world that accompanies human sexuality, and that it’s markedly different from animal mating. Here are five examples.

“Sex: In America an obsession. In other parts of the world a fact”.
-Marlene Dietrich-

1. The strange sexual traditions of the Sambia people

In Papua New Guinea, children must leave their mother’s side at 7 years old. From then on, they have to live with the adult males of their community: the goal is for them to become “men”. It’s a sexual tradition that seeks to avoid contamination. It’s also based on the idea that women are impure beings.

The children’s passage to adulthood includes some rituals where they cut and pierce their skin. The objective is to remove any traces of contamination that have remained from contact with women. As if this weren’t enough, they also have to drink the semen of the elders. According to their beliefs, this gives them more vigor and helps them grow.

This Australian community has a strange initiation ritual for men. The first thing they do is circumcise the men with primitive methods. This circumcision is supposedly very painful. The young men even have to their eat their foreskins.

Once the wound has healed, they cut the penis vertically at the bottom. The blood that flows from this wound is thrown into a fire. It’s believed that the new man is purified by this ritual. This is one of many sexual traditions associated with purification by pain.

In this remote New Guinea community, sexual relations take place from an early age. The girls begin at an age of between 6 and 8 years old and boys between 10 and 12 years old. The culture considers it acceptable for them to live together for short periods of time.

From a small age, the girls are instructed to adopt gestures and appearances designed to seduce the boys. They don’t get married young. They see sexual relationships as a reality that doesn’t imply any kind of commitment.

In Haiti, the general public still believes strongly in voodoo. One of the most traditional rituals takes place at the waterfalls of Saut D’eau. These are public celebrations, in full view of everyone.

There’s a great scarcity of land and resources in Nepal. It isn’t easy for the region’s inhabitants to form a family. They should be careful about bringing more mouths to the world to feed because there’s not much land and food.

To solve this problem, it’s customary for brothers to share a wife. All of them must marry the same woman. The purpose is that they can live together to be stronger in the face of the hostility of the environment. It’s also to keep a male from being left without a wife while preventing him from having offspring.

All cultures have given a specific value to sexuality. None of them see it as a purely biological act, but as a fact of life that transcends it all, something symbolic. However strange these sexual traditions may be, they all represent a way of understanding reality that has a meaning within its context. They’re valuable proof that we’re beings in search of meaning.

How to Improve Your Sexual Relationship
Keeping the fire alive in a relationship is a challenge that takes effort. Here we've selected the most effective and practical ways to improve your sexual relationship. Read more »
Link copied!
Interesting Articles
Biographies
Alice Herz-Sommer: Biography of an Artist and Survivor

Niccolò Machiavelli was an important philosopher who people tend to associate with the Italian Enlightenment. However, he was also a…

What if you didn't react at all when someone threw you a surprise party or gave you an unexpected gift?…