Everything Must Have A Farewell Ritual 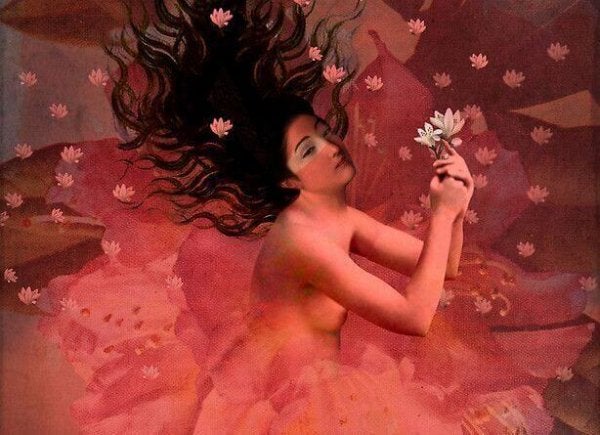 We’ve suffered losses throughout our lives. Again and again we are forced to say goodbye to people, places and situations loved from birth, until we die and said goodbye to life.

It would be fair to say that life is a succession of endings and beginnings. The truth is that everything that begins has to end to make way for the new. But we are not always prepared to say “goodbye.”

“There’s always time to go but no place to go.”

Throughout history, different societies have devised rituals, ceremonies or special events to say goodbye. However, modern cultures have moved away from these traditions. But this only makes it harder for us to smoothly process farewells and losses.

One of the first acts of the prehistoric man was the construction of funeral rites. Unlike other species, humans began to give meaning to death. Early humans began to bury their dead, precisely because they understood that death was a major event.

These prehistoric men looked for magical explanations for the experience of death. They assumed that life does not end there and thus devised ways to say goodbye to those who left and comfort those who stayed.

Afterwards they introduced new rituals, often of initiation. The onset of puberty, the beginning of married life, the beginning of the harvest, etc. But, of course, to celebrate the beginning is also to  consecrate the end. All these rituals were maintained over time. They evolved and adapted to the particularities of each culture, but persisted in their essence.

In today’s society, however, there are fewer and fewer rituals to announce the arrival of something new or the dismissal of something that passes. You could say that the only one of all those rituals that still survives is the funeral ritual.

However, in the contemporary world a ritual to say goodbye to someone who died is also increasingly owned by the market and not by the mourners. There are “prefabricated” formulas. Funeral homes “take care of everything” and mourners are passive figures.

Not to mention those goodbyes that hurt almost as much as death, but are obviously not as definitive. It is the case of a divorce, leaving your parent’s home, or the breakup of a relationship.

What are farewell rituals?

A ritual serves mainly to highlight a special event. They mark a situation that is out of the ordinary and deserves a pause in our routine to receive it, digest it and prepare for change.

Rituals and ceremonies help to give meaning to an event. In the case of a farewell ritual, it is the fact of separating from someone who is loved, either by choice or because of their death.

A farewell ritual allows us to emphasize the fact that something has happened that will change our lives. We will not be the same after this, and we use symbols to facilitate our acceptance.

Saying farewell means assuming a new perspective on the past and the future, and exchanging everything that was customary for something new that we have not yet built. It also implies the awareness of having to accept suffering and process it.

The consequences of a lack of rituals

In today’s society, there isn’t always room for rituals. Many times people must experience the drama of separation in absolute solitude. A person will tell him or herself to simply move forward and that nobody wants to see that person cry, or express their pain.

They are encouraged not to mourn, to try to think of something else, to do activities that distract them. And eventually, in the case their pain doesn’t heal, it is avoided. Under these conditions, it easily changes from sorrow to bitterness. The mourner knows they cannot change the facts, but also fails to conform to these changes. That results in depression, mania or difficulties with others.

It would be ideal for each farewell to have its own ritual. In today’s world it is likely that everyone should design their own private ritual to say goodbye because, in general, almost no one wants to leave room to think about death or separation.

Performing a farewell ritual is healing. Allowing yourself to look at the loss face to face is the first sign of acceptance. It also helps to tie those loose ends in the link that is now completed.

You may take a symbolic object and set it on fire as a sign of goodbye. You can write a letter or a poem to say goodbye. You can retrieve the memories of the person who is no longer here and give them special physical place to keep them.

All those little rituals that help to say goodbye, allowing us to mourn with more fortitude.

I am not going to tell you that overcoming disappointment is simple or easy, because it is not. But neither…

Wellness
Are You Emotionally Dependent?

Has there ever been a time when you asked yourself if you were truly in love? Has this question been…

Wellness
It's Never Too Late to Give Your Emotions a Chance

A good upbringing teaches children how to limit most of their desires, so that they don't manifest as behaviors. Desires that, upon being…

Wellness
A Smile Is the Canvas of Inspiration

A child laughs 400 times a day, however the happiest adult does not exceed 100 times. The average is between 20…