Thoughts Destroy, but They Also Heal 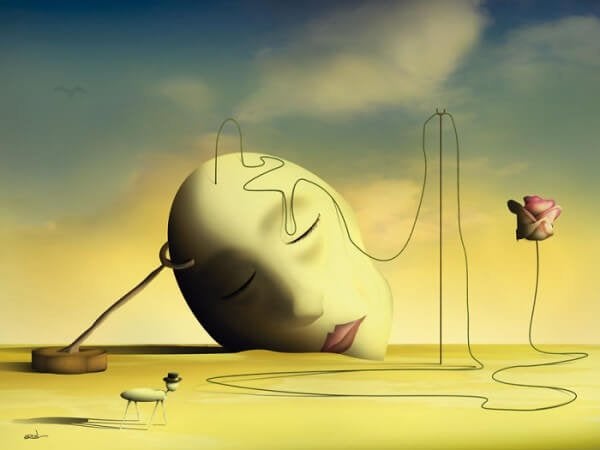 Health and illness are viewed today as a complex balance in the interaction between body and mind, between the organism and thoughts. Little by little, we are developing reductionist views that took importance away from the influence of the subjective world on our body and, as a result, on illness and healing.

Conventional medicine is gradually becoming aware of the limits of its focus. The 20th century was marked by a paradigm in which the idea of the body-machine predominated. Seen from this standpoint, the organism was like a device made up of different pieces and illness was a dysfunction in one of those parts, both functional and structural.

However, thanks to these same advances in medicine, it has been possible to prove that the internal dimension has a strong influence, be this direct on indirect, on the state of a person’s health. Furthermore, this influence is even more marked on the perceived state of their health. That is why it is said that thoughts – with their influence – make us sick and kill, but they also heal.

Pharmacological medicine and the medicine of thoughts

Bruce Lipton is a doctor of cellular biology and the author of several books. He has gone into depth on the topic of health, illness, and the influence of thoughts on those processes. His discoveries and conclusions are truly interesting.

Lipton points out that pharmacological medicine is virtually a failure. This is due to the fact that chemical medicine, all of it, causes effects that are as adverse or even more adverse than the illness itself. He ensures that many of these medicines can even lead to a person’s death over time.

He has also claimed that the natural environment of the cell is blood and that changes in the blood are determined by the nervous system. At the same time, the nervous system is the natural environment of thoughts and feelings. As such, from Lipton’s point of view, it is thoughts and feelings that make us sick in the end and, as a result, they are also the ones that have the possibility to help with healing.

The power of thoughts on the body

It is not just Bruce Lipton, but also many other researchers who lend great power to our thoughts in the process of illness and healing. Even the most skilled doctors in pharmacology know that if someone is suffering from something bad, there is a greater chance of healing if they remain in an involved environment, surrounded by affection and trust.

This is not esoteric knowledge, nor is it an effect brought by the supernatural. The explanation for the power of our thoughts is also a matter of chemistry. When a person is faced with a pleasant presence or is enjoying a positive stimulus, their brain secretes dopamine, oxytocin, and a series of substances that bring good health to their cells. The opposite happens when the stimulus is negative, causing fear, anger, or some other destructive emotion.

The organism undertakes a titanic task each day: producing hundreds of trillions of new cells to replace the ones that die. It also has to defend itself from thousands of pathogenic elements that threaten health. If your body feels like it has to fight against highly negative stimuli from the environment each day, it will spend all of its energy on this and it will set aside its other functions of growth and protection. The consequence: you get sick more easily.

Between suggestion and energy

The placebo effect has been studied in different contexts and the results shed light on its influence on our bodily perception. In fact, several of the medicines that are on the market today only have slightly better effects than those of a placebo. These placebos are undeniable proof that the influence of our thoughts – in the case of the placebo effect, our expectations – can be incredibly powerful: you believe that it will heal you and the intensity of the symptoms dwindles.

Quantum physics has highlighted the importance of energy, which is the final composition of matter. Everyone and everything is, in its most primitive physical form, energy. That is why new medicines are orienting themselves more towards balancing energy than chemically modifying the body. They go off of the idea that the processes of illness are put into motion by energy imbalances.

Those imbalances often come as a result of being programmed to think negatively, which starts in childhood. Maybe you have consciously convinced yourself that you have to think in another way and yet something deep down stops you from doing it. So what has to be changed are not your conscious thoughts, but all of that unconscious programming that we have carried with us since our first years of life. This is the way to bring about changes that encourage mental health and, by extension, physical health.

Editing note: with this article, we in no way intend to undermine the importance of pharmacology when it comes to fighting such devastating diseases as cancer; in fact, we can say that it is currently essential. What we do want to point out are mental health and psychological well being as two elements with a strong influence within treatment that can be changed in order to improve or worsen the diagnosis.

I am many things, I am someone who learns to live with humility, enriching myself each and every day. I…

Wellness
How are Personality and Emotions Related?

Each one of us is what we are. No one is exactly like those that came before them, that much…

Wellness
7 Microexpressions that Give You Away

Microexpressions are very fast, involuntary facial expressions that express an emotion we are feeling. They allow us to know what the…

Wellness
Talking About Our Feelings is Therapeutic

We tend to hide our feelings when we're with other people. We are ashamed to admit that we feel emotions…

Emotions are a fundamental part of the development of human experiences. They're our way of expressing ourselves, and sometimes they're more…