4 Signs You're Having Success on a First Date 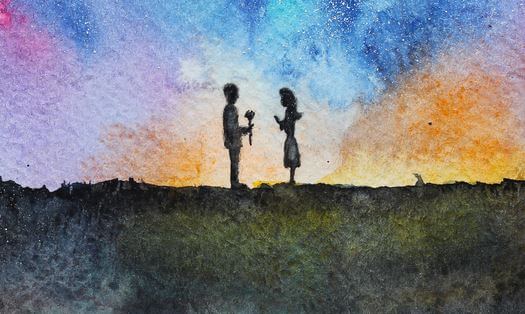 Anna has just walked into the bar. It’s her first blind date and she has no idea how to act. She is curious to know who she will find in front of her, but also nervous because she isn’t certain how to tell if she is having success on a first date. She’s unsure of how to tell if he likes her. She decides that she won’t openly ask him this. Even if she does, there’s the possibility that he would lie to her. So, how should she go about it?

We’re going to give Anna a hand. What should she focus on in particular in order to know that she has caught her date’s attention? Naturally, the best would be to focus on aspects that he cannot change. Moreover, it’s important that the information we get is true.

We’ll be sitting at a table a little further away, subtly observing their conversation. When a reasonable amount of time has passed, we will both pop to bathroom to have a little chat. The door opens and the date commences.

Influence on a first date

The first sign to be noticed in the conversation is influence. By this we are referring to how well someone succeeds in making person they are talking to adapt their own pattern of conversation. Therefore, influence is an indication of power over the conversation. An easy way to detect it is by looking at how often each take turns to talk, the change of topic and the questions asked.

Parents for example, use influence as a way to encourage their children to start speaking. They say a word and patiently wait for their child to repeat it or answer to it. On the other hand, influence and power over a conversation require mental effort.

So, if Anna’s date makes the effort, it will mean that he is interested in their date. What explanation would there be to him investing so much into the conversation other than his interest in Anna?

On the contrary, a sign that he isn’t interested would be him being shy or cautious. What are we left with? To find out, we’re going to look at the following signals that surround communication.

When we are drawn in to a conversation, something very interesting happens: we tend to imitate the gestures of the person we are talking to. If this interest is there and we touch our ear, there is a great possibility that our conversational partner will do the same. This is another way of detecting influence: usually, the person who initially does the action is the one exercising influence, and the person who repeats it is the one influenced.

If there is no such imitation of gestures, this is a sign of lack of interest. So, if Anna’s date doesn’t even attempt to exercise influence, nor does he mirror her influence through gestures, it is most likely that he is not interested in her, and in his head he has already started planning Monday’s meetings.

On the other hand, imitation is not only a sign of interest, but also reflects that we feel at ease with each other.

This can be the the amount of body language (imitation) used or the pace at which they speak. Either of these is a sign of involvement in the conversation, and therefore of interest. Think about what happens to you when you’re really  happy. Can you stay quiet?

No, of course not. In fact, this is where the rather fitting expression “jumping for joy” comes from. So, if we notice that Anna’s date is waving his arms about, showing himself to be loose and somewhat lowering the barrier, this is another sign of interest to add to the list. Following all these observations, we will then make a global judgement and give our verdict.

Overall success of a first date

Coherence has to do with the holistic analysis of the behavior of Anna’s date. It relates to how verbal and non verbal language are synchronized, including their different aspects. Someone who feels at ease tends to speak louder than usual and move around a lot. This means that in a way, when you express yourself sincerely, the way in which you say it is actually showing sincerity.

The fact that this would not be the case is a sign that they could be concealing something. In this case, it could be to feign interest in an effort to meet social standards and also out of politeness. Or, as a way to mask interest, so as not to appear vulnerable in front of a stranger.

Another significant aspect of coherence has to do with the variation of expression throughout time, rather than with the different ways in which someone expresses themselves at that very moment. Variation -for example, in the volume of speech- in a conversation forms part of the natural process of having a conversation. Those who do not employ variation in speech could be showing signs of excessive control over their communication, or simply that they’re not interested in what they are saying.

Having identified the four sources of information, and taken notes on each of them -based on our observations- we can tell Anna something more about her date. We may have even surprised ourselves. Even though Anna hadn’t previously studied these signs, we tend to evaluate them subconsciously and we’re actually not that bad at it.

We’re so good at interpreting this type of information that when someone is introduced to us, we don’t take long to imagine whether they liked us or not. We could be right or wrong, but in one way or another this is information that we use in our every day life.

Three Kinds of Men You Should Never Date
Neither men nor women are perfect. We are actually quite far from it. We are all full of defects and we go through times when we are really difficult Read more »
Link copied!
Interesting Articles
Psychology
Shutter Island and Post-Traumatic Stress

When you're so exhausted you can't control your emotions, is it because you've somehow lost your social abilities? The answer is yes, although it doesn't happen that drastically. Today, we'll explore…