Your Actions Say a Lot About You 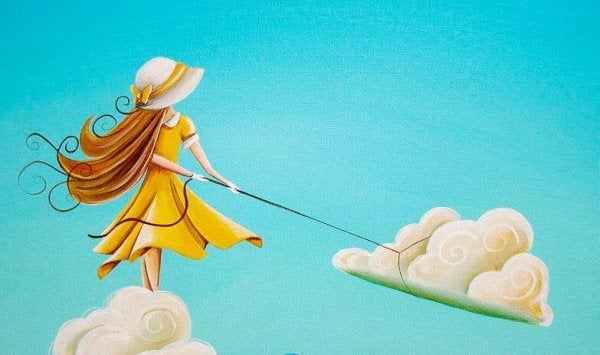 There are many ways to express who you are and how you really feel. You can describe what you want or try to hide how you feel, but the actions you take give you away and show the world who you really are.

Sometimes we use words as a disguise and hope, sometimes to little avail, that this will hide we don’t want other people to see. Other times, we’re not even aware that our words and actions contradict each other.

We save time making decisions, some trivial and others more important. Sometimes the paths we choose align what we say and what we think, while other times our words and actions are far apart from each other.

The confusion of mixed signals

When your words and actions are in line with each other, there’s no chance of confusion. The verbal message gets reinforced by a consistent nonverbal message. The communication is clear and the other person can understand you easily.

Doubts and confusion arise when you give one verbal message and send an entirely different nonverbal message. It’s like saying yes with your mouth while shaking your head. This contradiction unnerves whoever is listening to you and causes uncertainty and mixed feelings.

One example of mixed signals would be if your partner tells you to “do whatever you want” in a hostile tone. Verbally, they’re saying that they don’t care about or approve of your decision, while nonverbally, they’re conveying negation and disapproval.

When someone sends mixed messages, the person receiving them feels trapped. Due to the contradiction, no matter what the receiver of the message does, they’re going against what the person wants.

When verbal and nonverbal messages contradict each other

When words and actions contradict each other, the actions reveal the person’s true intentions. Focus on what the person does and not what they say, because that’s what better describes their motivations. Even though this isn’t a certain fact, it does statistically increase your probability of being right.

You can also apply this principle to get to know yourself better. When you’re having a dilemma our doubting what you really want, you can analyze the actions you’ve taken up until the present moment. Just like medical doctors and other types of professionals, the first thing psychologists are asked to do in their training is observe.

Be aware of your actions

In order to figure out someone else’s true intentions, you focus on what they do. Similarly, when you want to know what your own motivations are, focus both on what you’re thinking and on what you’re doing.

Being aware of the decisions that you’ve made and the actions that you’ve taken will bring you closer to personal knowledge. Knowing your true motivations will help you resolve dilemmas and move in the right direction during times of crisis.

“Conscience is a man’s compass.”

Observe both words and actions

If we don’t reinforce the message of our words with actions, then they’re just empty words. Simply saying that you’re for a cause, clicking the like button on Facebook, or supporting a majority idea isn’t enough.

What you say and what you do need to go hand in hand. Be consistent with your ideas, act accordingly, and don’t contradict yourself with your verbal and nonverbal messages.

It’s important to be aware of the decisions that you make – or don’t make – and take responsibility for them. Reflecting on what you say and do will help you situate yourself, question your thoughts, and take consistent actions that are integrated with your values.

How to Improve Communication in a Relationship

Projecting into the future is not easy, although it is essential to move forward in life and not be blocked…

To live freely, it is necessary to know oneself, and I am not referring just to names, what I like…

Psychology
We Are What We Think

To follow the success of the book We Are What We Eat, we going to present you with the psychological version: we are what we think. It's certainly a quite…