How to Raise Emotionally Strong And Happy Kids 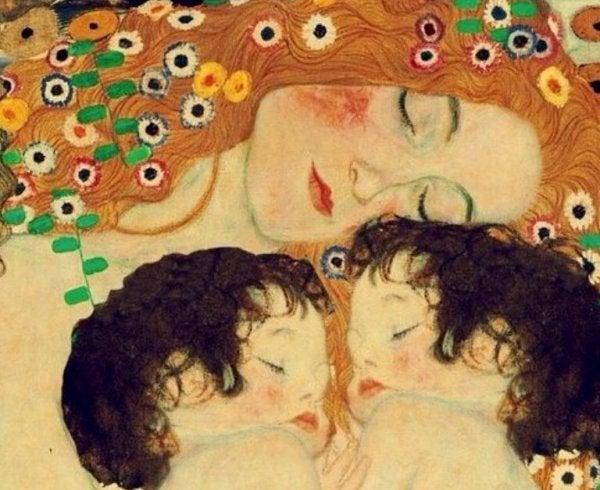 In the last decades, and thanks to the changing roles of women, it’s strange to see the appearance of a new phenomenon that can be described as “the bad mother syndrome.”  It’s easy to understand, and we’re sure that more than one of our readers can identify.

Today’s woman doesn’t just aspire to a professional career, economic independence, a good partner who understands her, and a group of social friends with whom she identifies, but something more:  inside this complex circle are also the children.  They’re the most important in her life, but at the same time, there’s the distinct feeling that she doesn’t dedicate all of the time to them that she would like.

That’s when doubts arise.  “Am I doing okay?” “What if I’m not taking good enough care of them?” “What if I’m making a mistake?” All of that can cause you to suffer from “the bad mother syndrome.”

While parenting roles today are more openly shared, the maternal figure continues to be seen as the vital link in child rearing. From there come the doubts and worries.

How can we raise happy children in the midst of such a demanding society, in which we regularly don’t have the time we need? We offer you some keys that may be helpful, whether you’re a father, an educator, or a mother that thinks, wrongly, that she’s not being a “good mother.”

It’s possible that you can’t dedicate all of the time to them that you’d like. You have a set work schedule and sometimes, you don’t get home in time to run errands or go out with your children for a while.  That’s not important. However, there is something that you must avoid.

Don’t allow them to stay closed up in their rooms; don’t allow television or the computer or video games to take away the little bit of time you have to share in the best way: talking. Maintain a daily conversation that’s tranquil and close, and know their concerns and desires.

If they have a problem, don’t solve it for them, but offer strategies and advice so that they can resolve it themselves. To raise happy children we must first make them responsible for their own affairs, giving them ways to deal with daily problems. Do it with love, being concerned for them, but offering them control.

If they make a mistake, never scold or punish them. Help them and teach them that sometimes there are failures in life and we can learn from that, too. It’s also necessary that you show them how to deal with frustration.

Offer them reasonable guidelines and limits

Education begins at the moment of birth and, remember, it takes two. Both parents must be in agreement about educational guidelines, outlining what is allowed, deciding on schedules, what not to permit and what must be decided upon.

Children must know from very early on that at home, as in society, there are limits that must be respected, and the earlier they understand this, the more secure they will be. Once norms have been established, we offer rights, and all rights are negotiated and discussed.

It’s also important to offer to children a certain amount of autonomy that’s commensurate with their age. It’s a way in which they can feel capable and sure of themselves, always having our support and guidance available. Always offer them your confidence, talk with them before you punish them, listen to them before you scold them, and talk as much as you can with them. They’ll never see you as the enemy.

It’s a mistake that many fathers and mother make today. When you can’t spend all of the time you’d like to with the children, you end up falling into the easy trap of compensating them with a gift – a toy, a video game they always ask for, a tablet, a phone…it’s a big mistake.

Children don’t appreciate gifts as much as we think. If we use it as blackmail, they learn that strategy very well. Compensate them with “quality” of life.  Make the time you’re with them the best, and the most sincere. Don’t think twice about doing things with them, playing, talking, cooking, passing the time together…turn off your phone and laugh with your kids, without worrying about whether you’re the “perfect” father or mother. It’s just not important; there are a thousand ways to be a good parent and raise happy children.

“Parents can only give good advice or put them on the right paths, but the final forming of a person’s character lies in their own hands.”
― Anne Frank

Fear is a basic human emotion, with a very positive function in our lives. It is very much part of our survival toolkit. Although it's not pleasant to experience it, its appearance…

Psychology
Destiny Is the Wisdom of Knowing How to Choose

Psychology
What Happens to Us after 30 Minutes of Silence and Solitude?

We need moments of solitude, silence, and disconnection to keep us motivated and authentic. It's like pressing reset. It makes…