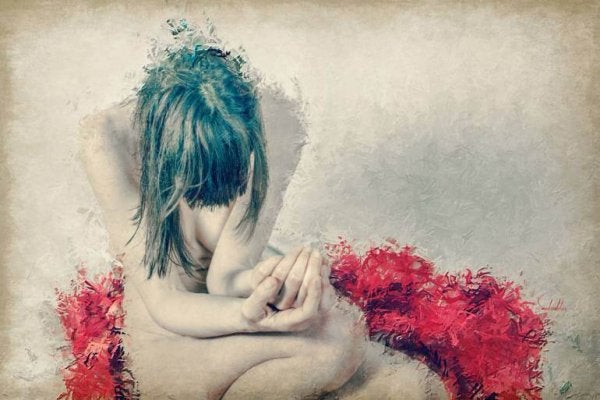 Much has been said about depression and how it manifests itself, as well as how to deal with the symptoms. Nevertheless, I believe that not enough emphasis has been placed on a crucial aspect of depression: that it can be prevented. There are actually habits to prevent depression.

It’s a secret to no one that depression is on the rise all over the world. There are hundreds of studies that back up this claim. In fact, it has even become something that many people talk about as if it were perfectly normal. People say “I woke up depressed” and that’s it. As if it were something that didn’t deserve attention.

“What a wonderful life I have lived. If only I had realized it sooner.”

Despite being a common household topic, many people are not clear on the difference between sadness and depression. The latter is not a normal condition, but a state that lasts for a period of time and requires timely measures to overcome it. Sadness is a feeling, depression is an illness. And as with any illness, if the proper measures are taken in time, it is possible to prevent it from occurring.

Recognize your own emotions to prevent depression

People often imprecisely describe their emotions . This is not a language problem, but a thought problem. Many of us don’t make enough of an effort to identify and define what we are truly feeling.

The truth is that naming and defining emotions is not easy. It can only be achieved with continuous effort. It helps to try and describe each emotion in writing in order to specify its nature. Do you feel angry or frustrated? Are you happy, or would it be better described as euphoric? Sometimes the differences are subtle but relevant.

If you learn to recognize your own emotions, you take a huge leap towards preventing depression. Recognition helps establish order in your mind. As a consequence, you can more easily understand problems and visualize solutions.

One key factor in preventing depression is developing empathy. It is an ability that allows you to understand other’s feelings and put yourself in their place. This, in turn, helps you understand reality from someone else’s perspective: someone in different circumstances, with different interests, and under the influence of different thoughts.

Why does empathy help prevent depression? The practice of understanding another person also increases the compassion you have for yourself. It allows you to get out of your own head and see the world from another perspective. And, of course, it makes relationships with others much easier.

Empathetic people are less solitary and more flexible. This also means that they are more tolerant and, consequently, less difficult. A person with well-developed empathy is not likely to fall into the clutches of depression.

The way you communicate with the world determines the way you relate to the world. There is no other way to know what someone is thinking or feeling aside from the way that she communicates. It could be with a gesture, with words, or even with silence. Artistic expression is another form of communication. In other words, human beings are always communicating.

The quality of the bonds you form depends on what you communicate, even if it is unintentional. Staying quiet when you have something to say will result in confusion, not understanding. Saying what you have to say without thinking about how you say it results in reactions to your crudeness and aggressivity, not understanding of your message.

Assertive communication has to do with expressing what you think and feel in a way that others can truly comprehend. Attaining this requires constant training. Also, you can’t always control what others understand. Nevertheless, you must communicate in a clear, calm, and timely way. If you do that, odds are higher that you will be understood.

Recognizing your emotions, empathy, and assertive communication are intimately connected to each other. These three abilities contribute decisively to preventing depression. They will not appear on their own, they are skills that you have to cultivate. It definitely isn’t easy, but it is worth it. Your effort will be reflected in improved mental health and a better quality of life.

5 Natural Methods to Fight Depression
Depression is a multi-factorial condition. This means that its appearance and the impact it has on the individual's life are influenced by many factors. Read more »
Link copied!
Interesting Articles
Clinical Psychology
Health and Unemployment - A Relationship

Psychology
Be Careful Who You Trust

The brains of introverted people work in a different way. This is why their loving relationships tend to be more delicate: with much fewer words, but with very sincere and…