The Link Between Negative Emotions and Chronic Pain 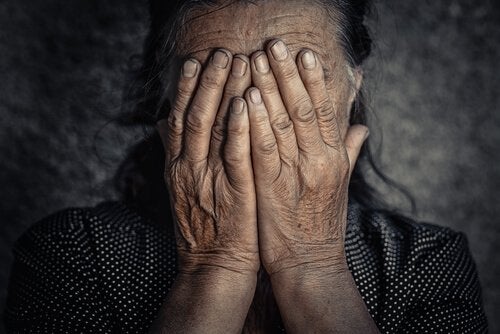 It’s pretty easy to see the relationship between pain and feeling bad on an emotional level. Who hasn’t bashed their knee and then been really angry with the table for being there in front of them? Apart from anger, we may also feel sadness or anxiety.

Now imagine that the pain is not temporary, but that it is there most of the time …It isn’t difficult to imagine the emotional discomfort that one would feel because of that. The fact is that there are numerous studies about the influence of psychological factors on chronic pain. So…is emotional distress brought on by chronic pain or is it the other way around?

“The greatest pain in the world is not the one that kills with a single stroke, but the one that, drop by drop, pierces the soul and breaks it.”
-Francisco Villaespesa-

“The pain that does not relieve itself with tears can make other organs cry”
-Francis J. Braceland-

Indeed, it has been found that the incidence of depression is greater in patients with chronic pain compared to the general population. But not only that, sadness also increases where there is pain. This emotion has been shown to be the strongest predictor of pain in rheumatoid arthritis, for example.

Chronic pain is not only associated with sadness or depression. It is also related to anxiety and anger. Concerning anxiety, it has been seen that people with chronic pain often feel more anxious. In addition, the prevalence of anxiety disorders is higher in these people than in those without pain.

In the same way as with sadness, it has been found that feeling anxiety influences the experience of chronic pain. In particular, high levels of anxiety over time can often give rise to frequent episodes of pain. But not only that but they can also worsen the pain that was already there. Thus, pain is more pronounced and sustained in patients with higher levels of anxiety.
Anxiety sensitivity also plays a role. This is the fear of anxiety symptoms, associated with the belief that these will have harmful consequences for us. This factor influences both the onset and the continuation of chronic pain.

“Give words to your pain: pain that doesn’t speak cries out in the heart until it breaks.”
-William Shakespeare-

The role of anger in our physical health has already been studied on numerous occasions. In fact, evidence has been found that experiencing and expressing anger can contribute to the onset and evolution of several psychosomatic diseases, such as heart disease or cancer.

With regard to chronic pain, the results indicate that people who suffer from it show higher levels of anger and hostility than the general population. It has also been seen that the internal expression of anger is higher than in other people. This means that they experience anger but don’t express it outwardly; it manifests itself in negative thoughts towards those who they are continually thinking about.

In addition, patients with chronic pain who tend to express their anger inwardly in this way – rather than outwardly expressing it or controlling it – have been shown to have higher levels of pain. But, of course, expressing anger outwardly is also detrimental, as those who act in this way will see their personal relationships affected by their behavior, and as a result they will receive less help and encouragement from those around them, which is what they really need.

Therefore, it is extremely important to treat patients with chronic pain from a psychological point of view. Proper anger management, as well as anxiety and sadness management strategies, will not only promote greater psychological well-being but will also help the experience of pain to diminish.

Psychology
The Art of Complaining Assertively

Who in this life hasn't had motives, reasons or the need to demand something from someone? Human relationships are a…

Psychological violence doesn't just leave marks on the mind; it leaves them on the body too. In fact, it has been…

Suffering has taught me who I am. It has helped me get to know parts of myself that I hadn’t…

Being your authentic self is much harder to achieve than it may seem. Day in and day out, we are…