Your Brain During a Spiritual Experience

The concept of "spiritual experience" is subjective, which makes it hard to study. One team of scientists, however, decided to look at what happens to the brain during a "spiritual experience," independent of how you define what that is. The results offer some insight into the role spirituality might play in mental health. 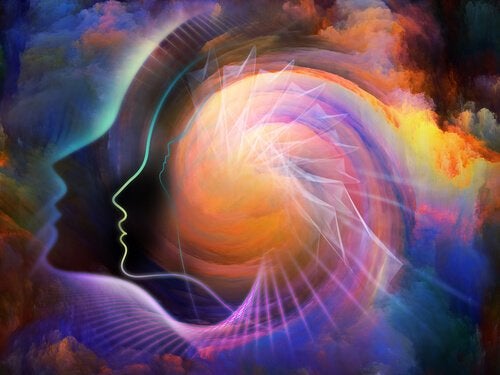 Researchers have explored this question on a number of occasions. In fact, scientists have been studying the importance of spirituality in people’s lives for decades. One particular study focused on what happens in the human brain when people feel a deep, spiritual connection with something.

One issue with studying this question is that different people and cultures understand the concept of “spirituality” in very different ways. Consequently, anything that someone could call a “spiritual experience” can stimulate the brain in very complex ways. That’s why pinpointing the spiritual area of the brain isn’t a simple task.

In spite of the challenges of this particular research question, scientists have continued to search for answers. Some of them concluded that connecting with a higher being involves multiple areas of the brain.

Other conclusions can be drawn from several other studies. One is that individuals who engage in spiritual practices have reduced activity in their right parietal lobe. That particular area of the brain relates to self-oriented focus. In other words, spiritual experiences appear to increase disinterest in the brain, so to speak.

“In order to experience everyday spirituality, we need to remember that we are spiritual beings spending some time in a human body.”

Lisa Miller, the author of The Oxford Handbook of Psychology and Spirituality, has carried out many studies on what happens in the brains of people who lead intense spiritual lives. Her research shows that these kinds of people have an enlarged prefrontal cortex.

Interestingly, Miller says that the prefrontal cortex of patients with chronic depression actually shrinks. This clue helped her form the hypothesis that spirituality and depression are two sides of the same coin.

Miller and her team of researchers at the Spirituality Mind Body Institute used functional MRI to figure out what happened in people’s brains when they imagined an intense spiritual experience.

They recruited people willing to participate in different spiritual and religious practices. In this first experiment, they asked participants to remember a spiritual experience while they ran a brain scan.

Because the participants had very different spiritual backgrounds, the experiment guide included an extensive range of experiences. One was “a bidirectional relationship with a higher power.” Another described “a feeling of oneness with nature next to the ocean or on a mountain.” They even included “being in a space of intense physical activity (like sports or yoga) and feeling a sudden awareness, connectivity, or floating sensation.”

The researchers argued that this is related to a more modern and broad definition of spirituality that can be independent of religion. They published their findings in the journal Cerebral Cortex.

Miller and her colleagues also compared brain activity in two different moments: when the participants described a spiritual experience and while they imagined stressful or neutral experiences that didn’t trigger strong emotions.

During these experiments, they observed a pattern that only occurred during spiritual experiences. They said that the participants had reduced inferior parietal lobe activity when they described a spiritual event. As we mentioned above, that part of the brain has to do with self-awareness and awareness of others. On the other hand, this activity increased when the participant thought of stressful or neutral things.

Consequently, the research team suggests that this particular region might play a significant role in these moments. It’s relevant to processing perception and self-other representations during spiritual experiences. That seems to support the idea that spiritual experiences could help cushion the effect of stress on mental health.

Christina Grof: The Spiritual Aspect of Human Nature
Christina Grof was the founder of the Spiritual Emergency Network; one of the creators and greatest influence of the holotropic breathwork. Read more »
Link copied!
Interesting Articles
Psychology
The Sun Always Shines After The Storm

As trite and cliché as it may sound, the sun will always shine again in a blue, wonderful, radiant sky. No…

Your quality of life doesn't depend only on happiness. It also depends on what you do in order to be…

Psychology
The Top 5 Enemies To Your Goals

Everyone has goals to achieve, be that as students, professionals, mothers and fathers, or aspects related to health and physical…