You Need to Accept Reality

When you don't like something, you have two options. One of them is to change it, the other is to accept it. However, sometimes, the second choice is the only one you have. 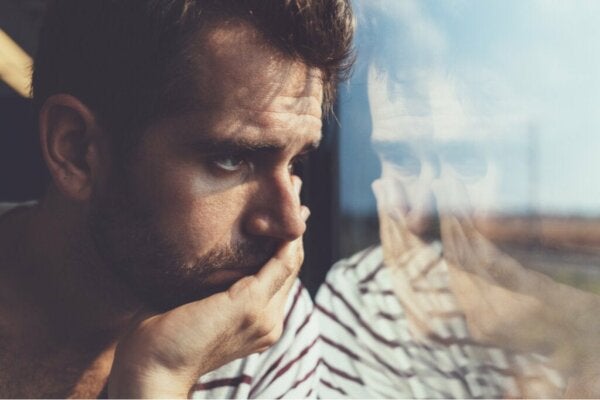 When you’re faced with something you don’t like, you can respond in different ways. You can complain about your bad luck, work to change it, or accept it and work with it so it isn’t always on your mind. Maybe you’ll talk about it or decide to ignore it. There’s the option to accept it into your thoughts or mentally cancel anyone who talks about it. However, at the end of the day, you need to accept reality. Thus, often, there’s no way around that.

In other words, some things in your life will continue to exist whether you like them or not. In order to keep them from negatively affecting your well-being, your only real choice is to learn to live with it. You probably have practice with this. Connecting with other human beings will always involve accepting eccentricities that you don’t necessarily enjoy.

On a good day, when you’re feeling generous and idealistic, you’ll consider yourself lucky for making mistakes. Without mistakes, you’ll never learn anything or move forward. You messed up yesterday, but you’ll shine today.

Sure, that sounds amazing. But how often has your forgetfulness made you angry? How many glasses end up broken on the floor due to your clumsiness? Or when you misjudge the distance and hit the car behind you. You didn’t realize that your doctor’s appointment wasn’t until next week… However, it doesn’t matter how angry this kind of situation makes you, or how much time and energy you invest in your frustration. You’ll continue to make dumb mistakes for the rest of your life. It isn’t about big life lessons learned. These are just things that happen, and you need to accept reality.

Things rarely happen the way you imagine them in your head. No amount of preparation can make you ready for ANY unforeseen circumstances. If you made a list of all the things that could possibly happen, the last line would always be, “among others”.

It’s simply not worth it. Being overly cautious or contained in order to try and avoid a simple reality: most circumstances are unpredictable. Trying to always be prepared is an extremely heavy burden to carry. You’d be moving too slow and plodding where you’re supposed to be dynamic and changing. Human history has taught us the same thing: permanence is the exception and not the rule.

On the other hand, you can’t just throw out expectations all together, just like you can’t stop yourself from having first impressions and biases (such as the halo effect). Your expectations naturally condition different elements of your psyche, some as important as self-efficacy or your ability to control your attention.

Working with what you perceive instead of with reality

A statue isn’t ugly. A person isn’t honest or a liar. They might behave that way most of the time, but that doesn’t mean they’ll do it all the time, or that they won’t modify their behavior according to their social environment. In fact, we all do this sometimes, and that doesn’t mean we’re selfish or two-faced.

When you look at an image on the screen, two points can be closer or farther away from each other depending on how much you zoom in. You can make London and Cambridge look very close to each other, or very far away.

The advantage in terms of geography is that you and I can agree to use the same reference point, and give an absolute value, free of opinions. Transferring this method to the world of psychology has its problems. For example, imagine that London and Cambridge move constantly, so the distance between them always varies.

What would you use as a point of reference? In all likelihood, your only available point of reference would be what you see on the screen at that moment. Why? Because of how comfortable it is to work from your point of view alone, with only the information that you take in at any particular moment. In other words, you tend to work with still photos when what you’d like to have are videos with a 360-degree lens. However, this isn’t possible, and it’s just another example of the need to accept reality.

You’ll forget things, and you have to accept that

It’s on the tip of my tongue… The word I’m trying to remember is like an island. I know where it is, but I can’t find a bridge that will take me over to its beautiful beaches. The meaning, the last time I used it, the letter it starts with or ends with. I remember all of these details, but I can’t think of the word.

You recognize that face and went to school with that person waiting in line. But what was their name? They sat next to John and the math professor always called on them. Another reality you have to accept is the slightly anarchic way that your memory works.

We’ve only covered a few of the realities that you have to accept. When these things come up, they’re very frustrating. Which ones would you include in your list and why?

Four Metaphors of Acceptance and Commitment Therapy
Acceptance and commitment therapy metaphors are a valuable tool for therapists. Not only are they useful, but they're also instructive. Read more »
Link copied!
Interesting Articles
Culture
Know and Improve the Main Components of Your Body Language

Psychology
7 Things We Can Learn From Introverts

For a large part of his childhood, Albert Einstein was not exactly considered a brilliant student, but more of an…

Psychology
Never Forget Who You Are, The World Will Not

"Never forget who you are, the world will not. Use it like armor and it will never be able to…

We are always more and more surprised by the behavior of children towards their parents: lack of respect, insults, raising…