First Impressions: The Starting Point for Every Relationship 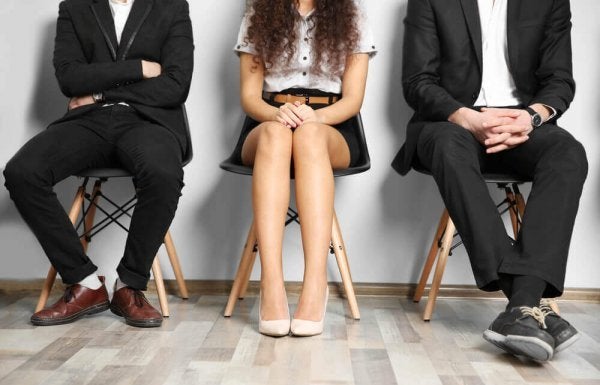 Have you ever stopped to think about how fast you shape an image of the person in front of you? Or how you can move so fast from what you see to what you sense? Have you ever realized that your brain almost automatically sketches out a profile of the people around you? These are just a few of the things that go on with first impressions.

A study done by Burt Decker proves that our brains make a first impression of someone we meet in just two seconds. In that blink of an eye, your brain create 50% of your image of them, and then finishes the rest of it in the next 4 minutes. That mental image will condition how you interact with them, because usually you end up confirming it.

We’ll give you a simple example to show you what we mean. Imagine for a second that when you create your image of someone you’ve just met, you think they’re friendly. If you think that, it’s most likely because you were also friendly, so the other person will keep being that way.

If they weren’t, they might start to be. Among other things, this is one of the reasons that it’s so hard to change a first impression: the way we interact with the other person starts with that first impression.

Understanding the way we create these first impressions is fascinating. Our brains unconsciously fill in a lot of information, even if they don’t have any. You can see this in a study that the psychologist Nalini Ambady carried out.

She proved that 10 seconds of video with a professor were enough for students to create a first impression. And that’s not all, because the average first impression those students had wasn’t very different from the impression the students who went to that professor’s class for a whole semester had. It shows how fast our brains can make a complete image of a person.

One conclusion is how important our non-verbal language and outward appearance are. The way you present yourself in that first moment will form make a big difference.

“You never get a second chance to make a good first impression.”
-Oscar Wilde-

How do society and culture influence our first impressions?

Society and culture both consciously and unconsciously affect us. All the things around you, and your entire story of living with them, will condition the first impression you store inside your brain. And sometimes you don’t even process that you’ve done it. Your actions line up with that impression without you even realizing.

Society tells you how to dress, act, speak… so the criteria you use to shape your first impression of someone will also have a similar basis. You’ll make note of whether they line up with what society approves of (which could line up with what you approve of or not).

People who don’t fit in along those lines will probably grab your attention more, and that will be something that sticks out in your first impression. It will make you label them even faster.

A lot of this process is unconscious: you do it without even realizing. That makes it hard to have a direct influence on the process. But what you can do is be very aware how you form first impressions and be skeptical of them. Trust it only as far as it deserves, and be open to changing it. Doing that will be also be helpful for you as a person, because it will improve the quality of your new relationships.

Are our first impressions right?

We are more than first impressions and outward appearances. Every one of us has a lot inside and we all deserve for people to take the time to get to know us. As you’ve seen, though, your first impressions are actually pretty close a lot of the time if you compare the them to the impression you have after a few months.

But be careful… that usually happens with relationships that aren’t very deep, like with a teacher and student. With more intense relationships, this initial image will go through a lot of changes over time. It might be because you got them a little wrong or just because they changed.

The research shows that we’re pretty good when it comes to our first impressions. In mere seconds you can fill in information the other person hasn’t given you and still be right.

But what exactly is going on there? There’s also the idea that since society tells us how to act, you can trick the person you’re talking to pretty easily by just acting within the “normal” limits that society draws. It’s easy to create a positive image of yourself if you know beforehand what they want to see.

So even though first impressions are usually pretty good, they’re rarely exact. The main advantage is that they help you create expectations and act. The bad part is that there are a lot of assumptions in them that could stop you from really getting to know the other person.

Psychology
Never Forget Who You Are, The World Will Not

"Never forget who you are, the world will not. Use it like armor and it will never be able to…