Memory and How it Works 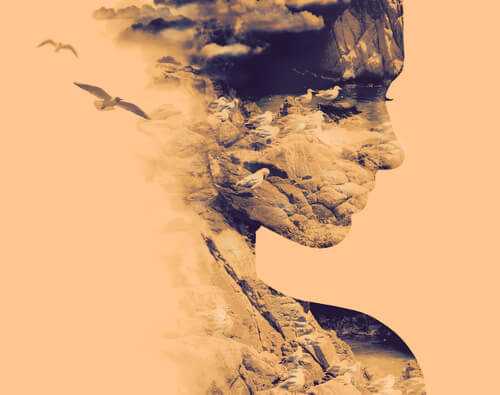 Our brains are responsible for two fundamental skills: thinking and acting. These two skills require the ability to learn (store) and remember (retrieve) the information that the brain acquires. This is our memory.

The great advance of neuroscience in recent years it that has allowed us to discover some of the mechanisms at work when these skills are activated. In particular we are talking about the areas at work when we create new memories. And so how does our memory really work and what role does our brain play?

Both science fiction and the media have made plenty of errors and created a good few myths and inaccurate perspectives regarding our central nervous system. Ranging from the brain being like a computer, to thinking that it is a plastic structure with unlimited capacities. We now know that this is not entirely true. Thanks to the latest research, we know more about how those small magical cells called neurons form and communicate.

Our emotions are intimately linked with our memory. Numerous investigations indicate that events which have touched our emotions, be they positive or negative, are remembered to a greater extent than those that are not. In this sense, emotional memory is the result of the production of memories that have been activated in this way.

Memories require different psychological and neurobiological processes that are essential for the formation of new memories. In short, the imprint on our memories is the result of the storage of information accompanied by alarm or warning factors through which our memories establish themselves.

Where are memories stored?

Short and long-term memories are generated simultaneously and stored respectively in the hippocampus and prefrontal cortex. The area of the brain where we store short-term memories had already been identified. This was not, however, the case with the long-term memorization process.

A study by researchers from the Picower Institute of Learning and Memorization of the Massachusetts Institute of Technology in Cambridge (USA) has, for the first time, revealed where and how our brains create long-term memories.

As indicated by Mark Morrissey, co-author of the research, memories form in parallel and then take different paths. Those in the prefrontal cortex become stronger, and those in the hippocampus become weaker.

What is new about this study is that it has shown that communication between the prefrontal cortex and the hippocampus is very important. If the circuit connecting these two brain regions were interrupted, the engrams of the cortex would not mature properly. Or, looking at it differently, no long-term memories would be stored.

Memories are absolutely essential for our development and survival. And even more so in the case of our negative memories that warn us about the risk we can run by repeating actions that made us suffer in the past. So much so that, in order to keep us alive and give meaning to suffering, the brain simply has to store long-term memories.

Memories depend on our neurons

The results of Mark Morrissey’s study show that memory neurons are located in three brain areas: in the hippocampus, in the prefrontal cortex, and in the amygdala. The latter is the part of our brains involved in memories associated with emotions.

Neurons function on the basis of communication, given that the brain uses very few brain cells to remember the things it sees. This contradicts what was thought until now, that the brain uses a huge network of neurons to store memories. The research suggests that neurons act as thinking cells, capable of specializing in certain memories previously selected by the brain.

This discovery could help to “artificially” restore memory to people who have suffered brain damage, or those who have diseases such as Alzheimer’s. At the same time, the results suggest the existence of a type of brain code. This code plays an important role in the knowledge of visual perception and brain procedures in the development of abstract memory.

Outside the field of neurology, this discovery will undoubtedly contribute to the development of artificial intelligence and neural networks. It will improve the design of many technological devices that we use to store and process information on a daily basis.

In the fifties there was the case of the patient Henry Molaison, who suffered damage to the hippocampus after an operation to control his epileptic attacks. As a result of this, Molaison couldn’t recreate new memories after the operation. He did, however, retain the memories he had before entering the operating theatre. In this way, people started to understand the importance of the hippocampus in the formation of new long-term memories.

This case suggested that long-term episodic memories about specific events stored themselves somewhere outside of the hippocampus. Scientists believe that this place is the prefrontal cortex, the part of the brain responsible for cognitive functions, such as the ability to plan or pay attention.

This indicates that traditional theories about memory consolidation may not be accurate. New studies will be necessary to determine if memories are completely erased from hippocampus cells, or whether not remembering something is simply a problem of data recovery.

The amygdala also plays an important role in determining what structure we store the new memories in. Associating new memories with emotional states gives a greater connection and means that situations are easier to remember. The amygdala is responsible for giving more or less prominence to a memory based on the associated emotions. It also influences the determination of what details of any particular memory will be deeper in this imprint and which ones less.

In this way, even when the hippocampus malfunctions and doesn’t allow the storing of certain memories, this subcortical region allows a certain emotional memory of that situation to be preserved

The amygdala has a protective function. This explains why some people are very afraid of dogs (which their emotional memory deals with) but don’t remember the situation where that fear occurred (which comes from their narrative memory). This probably happens due to the stress they suffered in a past event with these animals, or the fact that the initial event has been accompanied by many others.

This type of memory – emotional memory – is what allows us to remember things which we have associated with positive or negative events.

The activation of the amygdala by certain stimuli that cause us fear enhances the imprint of these memories, it makes them much deeper. We remember the things that happen to us in a much clearer way when intense emotions arise simultaneously. The emotional activation is what facilitates the consolidation of our memories.

In conclusion, we have seen some of the most relevant discoveries that have been made in recent years about memory and the creation of new memories. However, the answers that researchers are currently advocating are far from being definitive ones. In the same way, being recent discoveries, we have still not been able to make the most of everything they offer in order to improve the lives of those people afflicted with problems of memory.

The difference between true and false memories is the same as that between jewels and imitations. Usually it is the fake ones that seem brighter and more real

Seix Barral.Morgado, I. (2014). Learn, Remember and Forget. Cerebral Keys of Memory and Education.

Sanmaria, R. (2016). The Ability to Save and Remember Information has its Mystery

How to Improve Your Memory and Increase Your Intellectual Capacity
In any and all cases, having a good memory depends on our brain's health and vitality. Gray matter ages, just like the rest of our body. Read more »
Link copied!
Interesting Articles
Psychology
Children don't get divorced

According to official Registry data, there were over 800,000 divorces in the USA in 2016. Divorce provides a legal framework that regulates relationships in such a way that all family…

Psychology
I'm the Woman I've Always Been, but Somewhat Different

Once again, I am back to be the woman I used to be. Trilled about life and able to taste…