You Are What You Say, But Above All What You Do 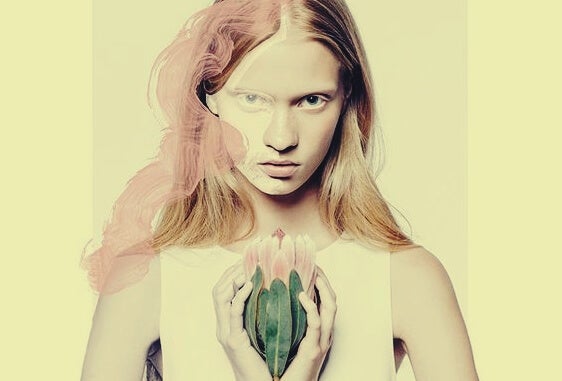 It’s great if you think that your beliefs and values define you — if your actions show it. What happens is that sometimes your words and actions take different paths, and in the end you have nothing more than good intentions. Often you say more than what you do.

What you do has much more value than what you say you are going to do.

What you do defines you

However much we express good intentions, what we do is what really speaks to our character. Our actions will always weigh more than our words. However, the fact that we believe the opposite says a lot about the way we relate to others, about how we show ourselves and how we manipulate reality.

An example of this is found in relationships that one partner fills with promises left merely in words. Swearing over and over again that you will never leave them, claiming that they’re the only one or that you’ll be around in the good times and the bad… All this, although it sounds very nice, may not be carried out. There are variables that we cannot control.

You may find someone that you like more than your partner and then leave them. Maybe you end up cheating on them with another person or maybe, in the most difficult times, you are not able to deal with the pressure and choose to flee. Your partner will be disappointed and won’t even recognize you because they believed everything you said you were and were going to do.

“It does not matter what you say or how you justify yourself; you are what you do. Your behaviors speak for you, they give you away, they point to you”.

In some way, we have given words great power. They hold someone at our side, they manipulate reality at our whim and they give the illusion that we are something we are not. However, at the moment of truth, words can fail, and what remains are the acts that we have done. These are what really define who we are.

The greatest danger is that, even though what we say might not be the truth, we end up believing it. However, instead of confirming them with actions, we stay there, without moving, safe in our comfort zone. This may be so because sometimes good intentions are fraught with deep fears.

Let’s not forget that those who say they are superior are trying to camouflage insecurities and fears that they don’t want to see. It’s natural. Looking directly at our fears is frightening. It’s easier to turn your back and pretend you aren’t there. Despite the fact that over time they become an increasingly heavy burden.

This is not a way to live a positive, coherent life. What we think, feel and do will not match up. In other words, it will be impossible to find and experience balance in life.

“Happiness is when what you think, what you say, and what you do are in harmony”.

In the end, we are not good just because we believe that we think in the best possible way, or just because of who we claim to be. Our actions can contradict our words and make us look like liars. Let’s not forget that nothing defines us better than our actions.

Maybe the answer is to do more and talk less, or at least do what we say we will…

You Create Trust When Your Actions Mirror Your Words
People trust you when your actions confirm the words you say. As Mahatma Gandhi so simply and sharply put it, "action expresses priorities." Read more »
Link copied!
Interesting Articles
Culture
The Benefits of Power Walking for Mental Health

Power walking is a good alternative for starting moderate exercise. It helps us not only to stay in good shape,…

Culture
What Our Pupils Reveal

Culture
Take Your Broken Heart and Turn It Into Art

“Take your broken heart and turn it into art." That was the phrase with which Meryl Streep finished her marvelous…

We all know expressions and postures reveal a lot about someone's personality, attitude, or state of mind. Without realizing it, every…

Interesting Articles
Cinema, Television, and Psychology
Love on the Spectrum - Initiation and Development