Grief is a well-studied phenomenon. William Worden, a specialist in this subject, proposes following a model of four tasks rather than doing so by stages. This way, every person is responsible for their own process and must relegate the effects derived from the passage of time to the backburner. 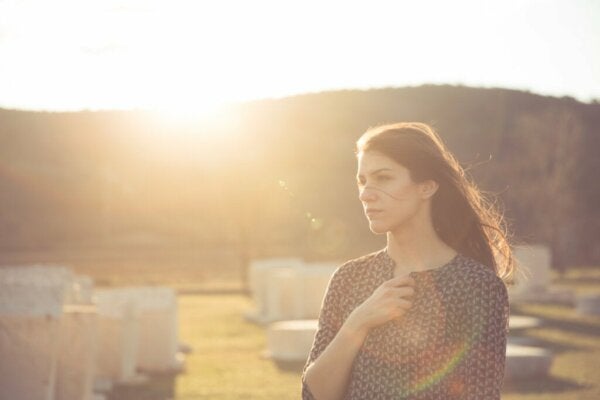 The four tasks of mourning by William Worden are a renewal of the grief process. This is because it’s been divided into stages through which a person undergoing some type of loss must go through. The conception of grief in stages places the mourner in a passive role and leads to negativity during the development of the more difficult parts.

Frequently, a loss process is associated with a period of mourning. Thus, referring to grief as a process that takes place in stages instead of tasks reduces the mourner’s involvement. This is because they somehow understand that the results of the process are merely the result of the passage of time.

William Worden, one of the most recognized specialists in the processes of grief and loss, elaborates on a series of steps individuals must take as active agents in their own process. This leads to the exercise of healthy grieving and keeps it from becoming chronic.

“I will not say: do not weep; for not all tears are an evil.”

Even the most positive transitions in life aren’t free of loss: from a promotion in the workplace that involves the loss of the previous job to parenting, when you must leave behind a life with fewer responsibilities.

In general, one can categorize human losses in today’s society as:

This is an inherent process that involves the transition to a new stage without the object of loss (a loved one, for instance). Grief generates a series of biological, emotional, and behavioral reactions that facilitate adaptation to the environment. Also, the development of new roles in your life without the deceased one.

Several authors focus on the study of grief and its organization by stages or phases. In this case, William Worden elaborates on a series of tasks for people who must go through it. This active role isn’t contrary to the idea that elaborating grief is a process that needs time.

These range from accepting the reality of loss to adapting to an environment without whatever it is you lost. Grief is a process and not a state, so the tasks of mourning involve cognitive processing. The kind that prepares you for coping with certain circumstances and acceptance of the experience of loss. That’s an adaptation to a different and less desirable world than before.

Accepting the reality of the loss

There’s a sense of unreality when someone dies, even if it’s from natural causes. The first task of mourning is to face the death of that person and know you won’t be able to interact with them again in this life.

It’s common to think you saw the deceased walking on the street or to save them a place at the dinner table after the loss. Similarly, some people find it hard to accomplish the first task due to their beliefs regarding reincarnation.

William Worden on elaborating on grief after loss

The physical, emotional, and behavioral pain in the grieving process is real. Not recognizing this pain will translate into abnormal behavior followed by physical and psychological problems. Not everyone experiences grief with the same degree of intensity. However, it’s possible to lose someone close to you and not feel pain.

A person is often unprepared for the whirlwind of emotions that’ll shake them in this process regardless of how much they expected the loss.

However, being in denial of the loss only prevents a way out of the grief in the long run. People who consciously avoid it don’t let it go. Psychological counseling is of utmost importance in cases where people get stuck in this task.

Adapting to the environment without the loved one, according to William Worden

Adapting to the environment without the loved one involves both external and internal tasks. In other words, adaptations on how the death of a person influences the image another has of themselves, their values, beliefs, and the external adaptations that pertain to the daily tasks of the deceased.

The mourners must adapt their own personal identity in the mourning process with regard to internal adaptations. This doesn’t only mean they should see themselves as widowers or as parents who’ve lost a child. Instead, it also refers to how their loss influences their spiritual beliefs and value system.

Personal competition after the loss is also important. For example, assuming responsibilities previously assumed by the person who left is part of the grieving process.

The fourth mourning task proposed by William Worden describes the need to find a lasting bond with the deceased loved one. This is so they can establish other repertoires of behavior adapted to the environment without that person at the same time. There may be several links with the loved one, among them:

This is one of the most difficult tasks because the consequence of skipping it would be to remain anchored to the time when they were still alive. Thus, you’d lose the demands that the context is making at the present time. One could say that psychological intervention is necessary when the person clings so much to the relationship with their loved one that it doesn’t allow them to connect with others in the present moment.

Grief is essentially a demand for adaptation, so finding certain difficulties in the connection with the environment is normal. The problem is when these processes become chronic and don’t allow the individual to develop personally, giving rise to certain psychological problems.

How Will I Know if I Have Overcome the Mourning Period?
How can we know if we have overcome the mourning period? Hidden grief can easily destroy us, and so read on to discover how we can deal with it. Read more »
Link copied!
Interesting Articles
Theories
Being Logical and Consistent vs. Being an Example