Black Mirror And The Death Of A Loved One 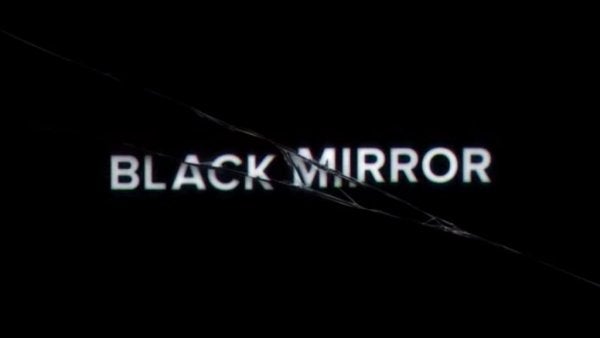 Black Mirror is a British series with completely independent episodes – not even the actors are the same. It is not an anthological series in the style of American Horror Story, but each episode is like a short film, with completely different actors, characters and scenarios. The seasons don’t follow any particular order either and don’t have the same number of episodes.

Black Mirror is often quite critical of the use we make of new technologies. It does this by representing dystopian futures or situations taken to the extreme.

Black Mirror: “Be right back”

The first episode of the second season of Black Mirror is entitled “Be right back”. In this episode, we meet a young couple, Martha and Ash. Ash is a man addicted to social networks, and right from the start we see how he publishes his life on the networks and that he is totally hooked.

This addiction annoys Martha, because even when she talks to him or asks for help, he is too preoccupied with his smartphone and doesn’t take any notice of her. It is a fairly realistic portrait of the use we make of social networks and how, sometimes, even when we are in company, we pay more attention to our mobile than to our friends.

At the beginning of the episode, Ash tells Martha that his mother, when his brother and father died, removed all the photos that were in the living room and kept them in the attic. Soon after this, Ash suffers a traffic accident and he also dies.

Bringing back to life

After Ash’s death, we see an apathetic Martha, not talking, nor crying. During the funeral, a friend starts talking to her about a strange app that will help her “face” her loss. Martha reacts angrily to her friend and is firmly in a state of denial. Finally, though, she accepts her friend’s suggestion.

The app mentioned by her friend is able to “bring us back to life”, as it performs an exhaustive search of all our data on the Web, and is even able to reproduce our way of speaking with total accuracy. Ash was addicted to social networks so he would be the perfect person to “rescue”. The more information there is, the greater precision in the reproduction of his words.

Martha begins to chat with “Ash” and is amazed to see that he is exactly the same as he was. The app goes a step beyond the chat and tells her that she can listen to his voice, and so they start talking on the phone.

The loss of a loved one is always hard. It can be very difficult to accept, and we sometimes need to ask for professional help. Martha denies his death and, in the face of this denial, the possibility arises of being able to bring Ash back. For that reason, she accepts the possibility, and starts on a very risky downward spiral.

Grief in Black Mirror: “Be right back”

Grief is a slow and painful process that is very difficult for us all. It is, of course, necessary to face it and go through all its phases in order to come out the other end in the best possible way. Accepting that a loved one has passed away does not mean forgetting them. Our loved ones can live on in our memory, but we need to look to the future and accept the loss in order to move on.

Martha has the opportunity to not have to say goodbye,and to bring Ash back from the dead in a manner of speaking. In those moments of weakness she accepts the offer. It’s quite chilling to watch it happening on screen. However if we also had the opportunity to postpone saying goodbye to a loved one, I think many of us would be quite likely to accept too.

Martha closes herself off from the world and even forgets she had arranged to meet her sister. There is a key moment when Martha suffers an anxiety attack when she accidentally breaks the phone she uses to talk to Ash. At that moment, she feels that she has lost him, and that Ash has left her again. It is then when the app tells her that there is a further step she can take…

This next step more is to purchase a sort of bionic doll that will take on the appearance of Ash. It will speak just like Ash and will, in effect, be an exact clone. However, it is still only a robot. It doesn’t have any feelings and Martha begins to tire of it. What at first seemed like a good idea, she starts to reject.

During the episode, we discover that Martha is pregnant and she finds out this news after Ash’s death. This will now make it even more difficult for her to accept her loss. The news of the pregnancy causes a sort of denial and Martha is incredibly sad because she won’t be able to live out these moments with Ash.

Finally, Martha can’t cope any longer with Ash’s copy, and she realises she will have to face the situation. Ash has died and there is no turning back. Martha decides to put the bionic doll in the attic, just as Ash’s mother had done with the photographs of her loved ones.

At the end of this episode of Black Mirror, we see their daughter with the robot. The the girl calls him by his name. She doesn’t call him Dad, because he is only a copy of her father. He thinks like him, he talks like him and he looks like him, but is he really Ash?

Black Mirror focuses mainly on the use we make of new technologies, but we wanted to highlight this episode as it is one of the most human and intimate. It also forces us to ask ourselves what use we make of social networks. To what extent are we protected on the internet? The app was able to accurately recreate Ash, his way of speaking, his voice, and his tastes. It even created his physical appearance. Of course the image it produced was of Ash on a good day, his best image. As the copy of Ash explained to Martha, we only upload our best photos to social networks.

Therefore, it is worth asking if the image ourselves if the image we put across online is a real image or just a mirage. We only show what we want people to see. On social networks, the competition to be the best in everything is quite obvious. In a way, every time we share something on the network, that something will remain there until the internet dies. As a consequence of this, a part of us will always remain. Because of this we could say that, in some way, social networks are a step towards a sort of immortality.

Are we protected online?

The app knows everything about Ash. The information he shared was not really protected, as we have seen in quite a public way with the recent controversies surrounding Facebook. An app which he had no control of was able to know everything about him. If we think about the number of people that access social networks daily, we realize that this information is infinite. Do we really know to what extent this information is protected?

When the copy of Ash is created in the episode, it all takes place in a dark, cold bathtub. We can already sense that something won’t be right, and that we’re going to see some sort of Frankenstein’s monster. This “resurrection” maintains a dark side that goes beyond the topic of how to overcome the loss of the loved one, because it also questions how and to what extent we are aware of the impact that social networks have on our lives.

” Life is just a passing shadow “

Grief – 5 Quotes to Help You Through a Loss
Everybody goes through the process of grief at some point in their lives. Going through each stage one after another can help you come to terms with the loss. The quotes about grief listed below can be a source of light and hope if you're going through a period of mourning. Read more »
Link copied!
Interesting Articles
Wellness
When Selfishness Is A Good Thing

Wellness
24 Quotes Reminding Us to Be Emotionally Independent

We all must develop self-love in order to prevent our happiness from depending on others. The only love that can prevail…

Wellness
Learn From Autumn And Drop Your Sorrows

When autumn comes it seems like we are invaded with sadness, the darkness of the night, nostalgia, cold, seeing the distant…

Wellness
The 5 Keys for a Good Emotional Contract

A good emotional contract is a genuine commitment to ourselves. If you don't love yourself, you break it. If you…

Being a father, mother, grandfather, grandmother, or any version of a parent is not easy. Every child comes into this world…

Self-esteem
When You Love Too Deeply, it's Codependency

Some people are willing to do anything, including tolerating any level of humiliation, in the name of love. This stems…