Will Confinement Change Our Character?

Will confinement change our character? Some say that we'll come out stronger and help shape a more supportive society. Others say that the sense of anguish and the constant fear of contagion will rise. 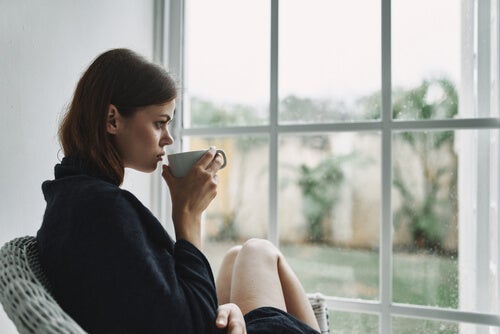 One way or another, confinement will change our character. The effect of the pandemic will be more intense and traumatic for a certain part of the population, especially those who have suffered losses. Although it’ll affect others a little less, no one will be completely immune to what we’re experiencing these days.

Our thinkers, philosophers, and historians have different opinions on the effects of the pandemic and confinement. Keith Lowe, a well-known historian, points out that today’s society isn’t as wise as past societies and that what we’ve experienced during this time won’t be of much use to us.

French sociologist Michel Wieviorka has another opinion. He believes that this experience will force us to rethink our priorities and help create a much more cohesive society that values mutual support. The virus, according to him, will impose a metamorphosis we must take advantage of in order to improve as a global society.

Adela Cortina, Professor of Ethics at the University of Valencia, reminds us that, in the struggle for life, the strongest don’t survive but those who support one another. This will be a sacred value, she says, and one that we must preserve and keep in mind in the future.

Will confinement change our character?

To understand whether confinement will change our character, we must first clarify what we mean by character.

Character defines how you react to what happens to you. It’s a component of your personality that arises as a consequence of what you experience, as well as your genetic predisposition.

Ernst Kretschmer and William Stern were the authors who studied this area the most in the 20th century. They emphasized that character consists of emotionality, interests, and resonance. The latter refers to our sensitivity threshold when a fact, experience, or stimulus affects us.

Some people are very resonant, while others aren’t. Therefore, some people will be impacted by this situation in different ways.

Some people were already suffering from anxiety before the pandemic. Others have begun to deal with this psychological condition during confinement. Thus, of all the effects that the current situation may have on mental health, anxiety disorders will be the most common.

Factors such as lack of work and personal uncertainty, fear of new outbreaks, or the effect of the confinement itself often aggravate anxiety levels.

Thus, if you’re wondering whether the stress and anxiety you’re suffering during confinement will change your character, you have to consider one determining factor: duration.

If this situation prolongs for months, you may experience changes, such as greater pessimism, a sense of alarm, and distress.

Studies such as the one conducted by Dr. Grant Shields of the University of California, Davis point to this very fact. Your character can change if you’re subjected to constant stress. However, if this situation resolves itself as soon as possible, the effect will be minimal.

If our life habits change, so will aspects of our character

One determinant relationship, as far as human psychology is concerned, is environmental conditioning. If something abruptly changed in your life or if you’re forced to change your habits, many aspects of your character can vary.

The simple fact of having to depend on masks to go to work or to do daily life tasks can affect you. Also, the fear of contagion could cause hypervigilance.

Likewise, the limitation of free movement and social contact may also take their toll on you. As a result, emotions such as sadness and even frustration may manifest.

Children and the elderly: the most affected

The most affected groups during this pandemic are children and the elderly. The former, especially those under 14, are likely to suffer the most from being separated from their school environment and peers. Socialization, play, and contact with the outdoors are essential for children. Also, being at home and witnessing their parents’ concerns can also affect children and have a severe psychological impact on them.

On the other hand, we can’t neglect the elderly. Many of them are spending their time in solitary confinement and witnessing, through the media, how the pandemic is affecting the older population.

Confinement will change our character in one way or another. Everything will depend, as we’ve pointed out, on the duration of this pandemic and the possible changes that may occur afterward. However, there’s one undeniable fact. We’ll all become a little more hypervigilant and cautious, especially regarding hygiene. But we can also come out stronger.

Adversity changes us by awakening strengths, new values, and capabilities. In this more rocky and abrupt part of the road, we need to show the best of ourselves. Remembering purposes and moving forward with boldness and confidence are the keys.

COVID-19: Five Psychological Effects of Confinement and How to Manage Them
The psychological effects of confinement may become more severe as the days go by. You need to know what strategies and mental approaches you should apply. Read more »
Link copied!
Interesting Articles
Personality Psychology
5 Psychological Mechanisms that Allow People to Hurt Others