Gregorio Marañón and His Theory of Personality

Gregorio Marañón was one of the most important Spanish intellectuals of the 20th century. Read this article to learn more! 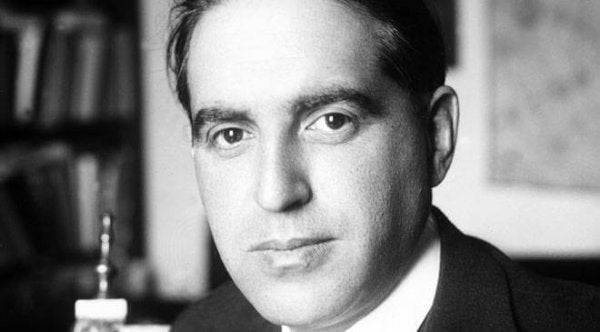 Gregorio Marañón was one of the most important Spanish intellectuals of the 20th century. Although he was a doctor, he ventured into multiple fields of culture and thought.

As a doctor, he specialized in ​​endocrinology. He was, undoubtedly, an expert in this field. In fact, he was so good at it that people recognized his work internationally. It was due to this training that Gregorio Marañón postulated a theory of personality that, although it isn’t very well known, is incredibly interesting.

According to Gregorio Marañón, the endocrine gland determines both an individual’s temperament and personality. Although this theory eventually became obsolete, it clearly provided valuable elements for the development of the incredible science we now know as psychology.

Some Facts about Gregorio Marañón

Gregorio Marañón was born in Madrid, Spain, in 1887. He became a doctor in 1910 and devoted himself to endocrinology with great passion. He was one of the pioneers of this specialty in Spain and the rest of the world.

Marañón published several pieces of work on endocrinology, which helped him rise to fame. In various articles and speeches, he spoke about his ethical way of thinking and his vision of Spain. Because of his peculiar train of thought, he also became a reference point for humanism and all studies related to it. Likewise, he made valuable contributions in the area of ​​gerontology.

He met Sigmund Freud personally and, although he validated some concepts of psychoanalysis, he didn’t take part in it. He was also a determined political activist. The particular combination between a rigorously scientific and radically humanistic spirit characterized his personality. He died in 1960.

Gregorio Marañón designed a complex theory of personality based on the influence of the endocrine system. According to him, due to the fact that hormones are closely related to the nervous system, they’re able to determine temperament and personality. In his opinion, they exert great influence on psychic rhythm, affectivity, and neuromuscular excitability.

From these considerations, Marañón created a typology of men and women. These manifest in their physical appearance and each of them is proper of a specific type of personality.

According to Marañón, there are some types of constitutions among men, which can be called “normal”:

Now, the following are the abnormal constitutions:

For Gregorio Marañón, men have a stable constitution. Women, on the other hand, have a fluctuating constitution. He identified three types of women:

As you can see, Marañón conditions a woman’s sexual life to her biological constitution. This approach became very controversial. People particularly questioned the fact that he suggested female anorgasmia as a physiological feature.

The Evolution of these Constitutions

According to Gregorio Marañón, biological constitution evolved through time. This caused temperament to undergo certain modifications. Such development went from the hypoplastic to the asthenic, and from the asthenic to the picnic. He called this the happiness curve. For him, the typical male was a Picnic. It was usual for women not to ‘evolve’ up to that point since it refers to an intermediate point between a boy and a man.

He also stated that when the traits of each type were very marked, no major changes occurred throughout life. However, every single person evolves.

On the other hand, Gregorio Marañón argued that both men and women go through a critical age throughout their development. For boys, it’s puberty, while for women it’s the climacteric.

Marañón’s approaches are interesting, no doubt about it. However, they were debunked and, as of today, they’re hardly an academic reference.

Psychology
You Have to Remember to Forget

Everybody tries to forget past events, but in order to close the door on that pain, it has to be remembered. Rather…

Psychology
What Is Mindfulness? Focused Attention in Our Busy World

Being mindful of what is happening in the here and now isn't an easy task. After all, we live in…