Ever heard of developmental trauma? It's so prevalent among children that doctors created this new term to explain it. Read on to learn more. 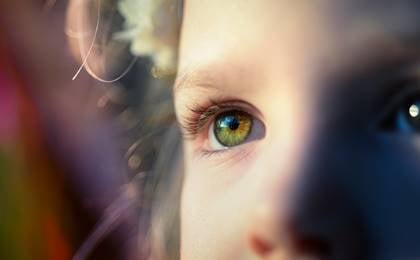 Ever heard of developmental trauma? For many years now, mental health professionals focused primarily on the shock extreme events cause. For example, horrible wars, car accidents, or sexual molestation. But they largely overlooked the second type of trauma that’s no less insidious, pervasive, or real. The world now knows it as developmental trauma or complex PTSD.

Thus, developmental trauma is the result of seeming invisible childhood experiences of abuse. However, that mistreatment or abuse has been repeated many times. These cumulative experiences include verbal abuse, neglect, or manipulation by a parent, as the child has no way to control the maltreatment and no hope of escape. How’s it possible in a safe society like America, that our children are coming out of childhood in a similar state to those who went to war?

Therefore, these repeated experiences often traumatize the child. A child raised in the toxic environment of parental inconsistency and emotional abandonment suffers. Likewise, they suffer from danger or unpredictability and from “invisible trauma”. This ensures psychological and neurological disruption. While it’s fairly easy to recognize physical or sexual abuse, there’s a devastating impact when it’s at home.

Believe it or not, having deficient or harmful parents can easily elude our awareness. Because of the difficulty in identifying the emotional damage inflicted by alienation or emotional abandonment, children suffer. Most importantly, children suffering such wounds are often left bewildered and feeling confused by their pain.

Thus, despite the hidden nature of this epidemic, there’s a growing body of research connecting many psychological problems to these injuries. For example, the chronic emotional injuries they endured in childhood. Therefore, it’s important for parents and mental health professionals to become familiar with the symptoms of developmental trauma, if there’s any hope for these children to have any hope of leading normal lives.

What exactly is developmental trauma?

Unfortunately, this type of trauma occurs at home. Developmental trauma is a term used in literature to describe childhood trauma such as chronic abuse or neglect. Plus, other harsh adversity in their own homes. When they expose a child to overwhelming stress and their caregiver doesn’t reduce it, or causes it, there’s trauma. In other words, the child experiences developmental trauma or adverse childhood experiences.

Most clinicians are familiar with the term post-traumatic stress disorder (PTSD). But the vast majority of children with trauma won’t develop PTSD. On the other hand, they’re at risk for emotional, cognitive, and physical illnesses lasting their lifetimes. These are chronic family traumas like having a parent with mental illness or substance abuse. For instance:

In fact, psychologists extensively researched the trauma’s impact. Lastly, such a body of evidence comes from a database of over 15,000 adults. It’s now a famous study we know as the Adverse Childhood Events study.

“The true character of society is revealed in how it treats its children.”

The warning signs of developmental trauma

Firstly, the child may consistently express a sense of being defective in some way. For instance, being stupid, ugly, fat, disgusting, or permanently flawed in some other way. They may say things such as “I’m bad” to themselves. Therefore, indications of toxic self-hatred are the precursor to suicidal thoughts.

Sense that there’s no ground and powerlessness

Firstly, children suffering from developmental trauma feel they’re lacking a foundation in this world. In other words, lacking this “ground” contributes to a feeling of powerlessness. Plus, even feeling inappropriate inside their own bodies. This results in feeling vulnerable to becoming overwhelmed.

Becoming hopeless and despairing about life

Likewise, children with chronic emotional trauma develop a sense of hopelessness. They feel no one will ever understand them. This despair leads to losing the sense that life has any meaning. Lastly, faith in people and in continuing such a meaningless existence fades, leaving the child incurably despondent.

Firstly, those who suffer trauma have activated amygdalas. They experience this as a constant state of arousal. This reinforces the sense of persistent danger lurking. A child who suffers developmental trauma can’t relax and is jumpy. Most importantly, they’ll have trouble staying asleep.

In other words, the child may be persistently sad or depressed and have unpredictable mood swings. They’ll show inappropriate explosions of anger or susceptible to triggers by events. Therefore, exhibiting the inability to control emotional responses.

Since developmental trauma has its roots in attachment trauma, the child never forms the vital parental bond. In other words, they grow up feeling unwelcome in the world. This results in chronic difficulty in feeling connected to others. Lastly, there’s both an intense need for contact and fear of contact.

In short, developmental trauma is a silent killer. We need to recognize the symptoms in our children to get them the help they need while there’s still time to heal their deep wounds.

Absurdism According to Albert Camus
Albert Camus gave the concept of absurdism. Basically, it refers to the search for meaning in something that doesn't have any. Read more »
Link copied!
Interesting Articles
Illnesses
Burning Feet Syndrome: Causes and Symptoms

Color blindness, or Daltonism, was named after John Dalton, an English chemist who was the first to publish a study…

Illnesses
The Misunderstanding of Mental Suffering

Experts estimate that about 10.8 percent of the population suffer from a mental disorder. This alarming figure is even higher…