Have you ever thought for a moment about how stress affects your health? If the answer is no, we recommend you read Dr. Daniel López Rosetti's advice on this subject. 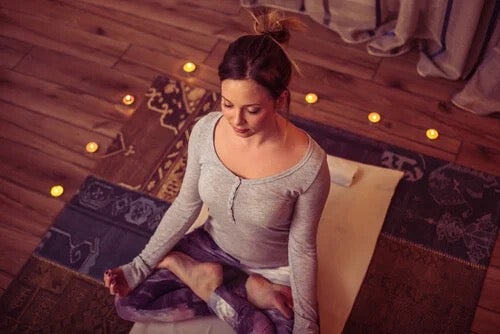 We often speak of stress and meditation as being linked. Indeed, the relationship is generally seen as stress being the problem and meditation the solution. However, in order to confirm this, you first need t0 understand how stress actually becomes a disorder. Then, to understand how meditation can help you relieve its symptoms.

This particular subject often appears to escape doctors. In fact, it seems that they prefer to avoid it. However, this isn’t the case with Dr. Daniel López Rosetti. Indeed, this Argentinian cardiologist, writer, and stress specialist speaks very publically about his particular view of everyday problems. He’s known as a doctor who’s easy to understand. Indeed, he’s noted for both his clarity and his rapport with the general public.

Dr. López Rosetti identified the consequences of mental and physical exhaustion on his own body, due to certain personal experiences.

The problems and obstacles that make you suffer have a real physical impact on your body. However, you tend to ignore them because they aren’t disabling in any way. Then, when you least expect it, they tend to manifest themselves in the form of illness.

Dr. Lopez Rosetti suffered a great deal of stress around the time of his father’s death. However, due to the pressures of work and daily life, he was unable to pay any attention to his stress at the time. Therefore, he just put up with the pain. Then, while on holiday, he was diagnosed with pleural tuberculosis. According to Dr. Rosetti, stress is a chronic condition that’s sustained over time. To understand it, it can be represented in the following way:

When the capacity of your load exceeds your capacity of resistance, you suffer physical symptoms. In psychology, this process is generally understood as somatization.

The straw that breaks the camel’s back

The basic problem arises when load overwhelms resistance and upsets the balance. Your body is telling you that something isn’t right and this information manifests itself in the form of the physical symptoms you’re suffering. These symptoms are usually:

For Dr. López Rosetti, these symptoms are information that you can’t ignore. In fact, even though you might go to a doctor who may well be empathetic, you should interpret the signs of stress yourself. In order to do this, you need to understand the structure of the stages of stress:

Perception. Reality exists through your own mental processes. Indeed, your own interpretation of reality forms a part of being human. However, your own perception of reality might mean that you just don’t notice your symptoms of stress, rather than giving them the attention they deserve.

Behavior and habits. If you ignore stress, you’ll find yourself in a kind of negative feedback loop. For example, a stressed smoker smokes even more. This can be the same with food, alcohol, or any other maladaptive habit.

Disease. If your stress doesn’t end or reduce, physical and psychological symptoms lead to illness. This is your body’s way of telling you to stop.

For Dr. López Rosetti, a stressed person is an unhappy person. Treatment for stress can be medical, psychological, and even philosophical.

You might not notice the consequences that stress can have on your body because there’s no real reason for you to look for them. Tools like medicalization and behaviorism don’t really help here. For this reason, meditation is recommended.

Firstly, there’s nothing religious, esoteric, or strange about meditation, even though it tends to be associated with spiritual processes. In fact, for Dr. López Rosetti, meditation’s a biological process. He bases this statement on the differentiation of functions of the brain.

The left hemisphere is rational, logical, and mathematical. It’s also responsible for constant intrusive thoughts. When you focus your attention of the left hemisphere of an object and manage to concentrate, you’re meditating.

The right hemisphere in ecstasy

How do you achieve this state?

According to Dr. López Rosetti, you can meditate by focusing on any particular object that captures your attention. It could be a candle, a mandala, or a Christian rosary.

You can forget the religious, the mystical, and the superstitious. What matters is that this particular object captures your attention. Then, your left hemisphere will concentrate, freeing up your right hemisphere.

For Dr. López Rosetti, the relationship between meditation and stress is productive if you practice meditation conscientiously. You won’t be cured but you’ll cut that negative feedback loop that turns habits into diseases.

How often do you check that all the parts of your body are working as they should? Meditation is recommended for this.

In your whirlwind of daily life, you might not realize, for example, that you have gastritis until you can’t stand the pain anymore. However, you can avoid all this by simply taking a few minutes each day to disconnect and evaluate how your body is coping with all the stresses you impose on it on a day-to-day basis.

These questions will help you become happier and bring you closer to the most essential things in life. The truths…

Healthy Habits
Junk Food and Its Negative Impact on Your Brain

When you're conscious about what you eat, you can care for your health. This is why it's important that you…

Buddhism claims that four communication principles must be preserved in order to reach harmony among human beings. This approach doesn't…

Many people are often overwhelmed by anxious thoughts that hinder their ability to concentrate. Visualization techniques, also called guided imagery,…