Why Parents Hold their Babies by Their Left Side

A fun fact: a study examined 477 pictures of the Virgin Mary with her child and she's holding him on her left side in 373. This is consistent with what you see nowadays: babies calm down when they're held on the left side. That's why 80% of mothers do it instinctively. 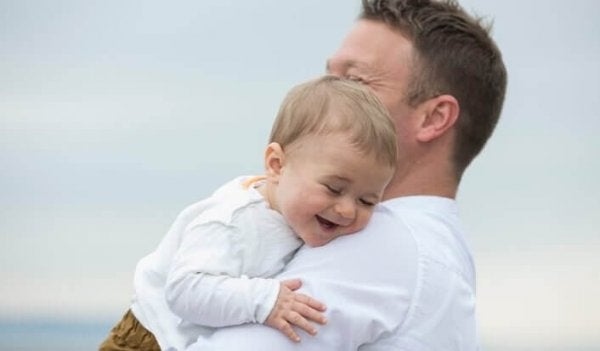 A simple, yet enigmatic, fact: many mothers notice that their babies calm down when they hold them by their left side. Humans are the most fragile when they’re born and take a lot of time to fend for themselves.

Human mothers have a more active role in their children’s nurturing process during their first months of life. For example, maybe the baby has problems attaching themselves to the nipple, so their mother needs to help them.

Some studies conducted in the United States and published by Desmond Morris in his book The Naked Ape found that babies calm down when you hold them by your left side. Unconsciously, over 80% of mothers do this. But why?

“Babies are the buds of life, ready to bloom like a fresh flower to refresh humanity.”

Holding babies by your left side

Later on, it became clear to researchers that this wasn’t just a simple gesture, as it also affects babies. The study found that babies calm down sooner when they’re held by their left side. This was an interesting conclusion.

Why do babies calm down faster in this position?

As the studies went on, researches reached an interesting hypothesis. Everything suggests that when the baby is in the womb, they’re fixated on their mother’s heartbeat.

In the womb, which is everything they’ve known so far, that heartbeat is a part of their world. When the baby is born, they need to adapt to a different world. For the baby, all these stimuli can be amazing and unpleasant at the same time. There’s no other place as quiet and safe than their mother’s womb.

Although it’s possible that some aspects from the outside world remind them of the womb, nothing can match that heartbeat. When mothers hold their children by their left side, they listen to their heartbeat again. It’s a familiar sound that makes them feel safer. That’s why babies calm down sooner in that position.

Interesting facts about these studies

The experiments published by Morris corroborate the hypothesis that babies calm down sooner when they’re held by their parents’ left side.

In a hospital’s children’s ward, babies were split into two groups, with nine babies each. One of the groups was played a recording of a human heartbeat, while the other wasn’t.

Babies in the silent group were up to 60% restless. Of the other group, only 38% of the babies were restless. Besides, this last group showed an increase in their weight. In a similar experiment, the children that listened to the heartbeat fell asleep faster than those who didn’t.

Some experts believe that these primal feelings give way to our tendency of placing our feelings on our hearts, rather than on our brains.

Likewise, music with similar rhythms to a heartbeat can be relaxing for adults. There are feelings you’re born with that are there to stay.

Love Creates Strong Bonds with Babies
Babies are capable of smelling love, rejection, among other feelings and sensations. One of the first milestones will be to create emotional bonds. Read more »

Contrary to what society can make you believe, vulnerability is a psychological value. It's another part of your reality as…

Emotions
Hidden Anger: The Emotion that Changes Our Personality

Hidden anger, that rage we feel but keep to ourselves, can change our personality. The disappointments experienced, the failures, the…