Why Is it so Difficult to End a Relationship?

Not knowing how to end a relationship can become a serious problem. Read on to learn more! 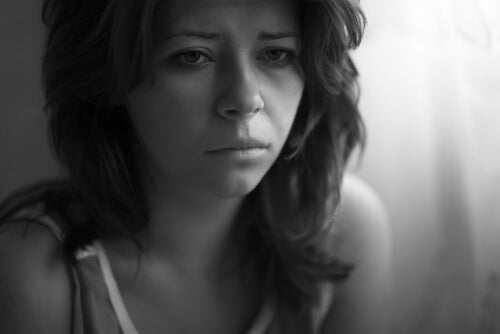 One of the most feared experiences for many people is having to end a relationship. It’s often a difficult time for both the partner who decides to end it and the partner who’s left behind. It seems that humans aren’t very good at saying goodbye.

Why is it so difficult to end a relationship?

There’s a popular belief that ending a relationship is easy. However, that’s not often the case, and it’s not as easy a task as people seem to think. And, of course, your partner leaving you is a bitter pill to swallow.

This situation can take a toll on both partners. Thus, not knowing how to end a relationship can greatly affect mental health.

When you’re in a relationship that no longer makes you happy, you can feel stressed out, anxious, sad, and discouraged. It’s certainly no bed of roses. And when you finally work up the courage to end it, your partner says “Don’t leave me”, and the situation gets even more complicated.

For some people, there’s no alternative to ending a relationship. When it’s over, it’s over, they say. For other people, however, it’s a real ordeal. Why do some people beg their partners not to leave them? Are they forcing a relationship that has already come to an end? To what extent is it beneficial to make it difficult for the other partner to end the relationship? Let’s have a closer look.

I don’t know how to leave my partner

Many people say that it’s difficult to end a relationship, even though they’re no longer happy nor feel a connection. However, they can’t seem to be able to get it over with.

This often happens because they’re afraid of hurting their partner. When they think that their partner is going to suffer, they find themselves unable to take that step. Knowing that they’ll be “responsible” for this suffering paralyzes them. But are they really responsible?

At this point, it’s worth asking whether someone should feel guilty for ending a relationship and the pain this will cause. Yes, it’s true that the breakup can trigger suffering, but isn’t staying in an unhappy relationship worse?

We all have to learn to live with emotions that are labeled as painful, such as those we may feel at work, after the death of a family member, or due to a breakup.

Another major difficulty some people face is that they aren’t able to accept that being left. Thus, many relationships soldier on because one partner refuses to end it. How many people stay with their partners out of pity and fear of hurting them?

Knowing how to cope with “being left” is fundamental to making the breakup as painless as possible. Of course, it may be a good idea to give the relationship a chance to see if things improve. But when your partner repeatedly says that they no longer want to be with you, why force the situation? Why stay with someone who doesn’t want to be with you?

Psychologist Ana Doménech (1994) states that a breakup is a stress factor that affects a person’s sense of well-being, especially if they refuse to accept the separation. But what’s behind the issue of not wanting to be left?

When a partner makes it difficult to end a relationship, this may be a symptom of unhealthy attachment. If you place your happiness in your partner’s hands, you’ll feel devastated if they leave you. Fortunately, however, your happiness depends more on yourself than on your partner, even if you’re unaware of this.

Alzugaray and García (2015) state the following: “Rarely do both partners agree on ending a relationship. Generally, one of them continues to love, while the other doesn’t. Thus, the emotional processes that follow a breakup are difficult”.

Acceptance and learning to let go

Not knowing how to end a relationship can imply a strong attachment. It can also be a sign of not knowing how to be on your own out of a deep fear of loneliness. So how can you face the moment when your partner tells you that they no longer want to be with you?

Trying to fight for the relationship can sometimes work. However, when your partner simply doesn’t want to stay in the relationship, it’s time to accept the situation and learn to let go. It’s time to realize there’s no future and start rebuilding.

Acceptance is an active process of integrating everything that happens to you and making positive decisions. While you’ll be able to control some events, others will be out of your hands. When your partner expresses their desire to end the relationship and you can’t do anything to change their mind, then you simply have no control. The only real option is to accept their decision.

No matter how desperate you are, you shouldn’t beg them not to leave you. Don’t force the relationship. Therefore, as well as accepting, you must also learn to let go.

No one belongs to you. No matter how much you may think that your partner is “yours”, in reality, they’re free. So, just as they came freely, they should be able to leave with the same freedom.

What if Your Partner Wants to Break Up But You Don’t?
Relationships can end for plenty of different reasons, and we're not completely aware of all of them. Things turn really complicated when only one person wants to break up. Read more »
Link copied!
Interesting Articles
Break-up and Divorce
Broken Heart or Broken Expectations?

Break-up and Divorce
Getting Over Someone After a Breakup

Break-up and Divorce
Custody Options and their Effect on Children

A divorce is an event that can be very emotional and create mixed feelings. In this context, legal psychology pays…