When the Excitement Fades Away: How to Know When to End a Relationship 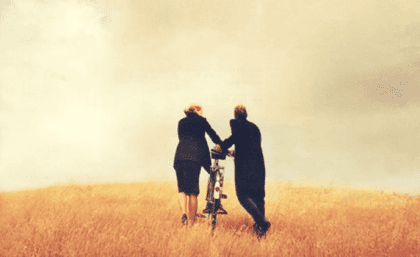 When the excitement in a relationship starts to fade away, it’s like a perfume that loses its fragrance little by little. We don’t know why, but as every day passes there is less and less laughter, and less longing in our eyes and hearts. Knowing when it’s time to end a relationship is not always easy, but doing it at the right time and in the right way can avoid unnecessary and painful heartache.

We could approach this article in the way that many people would expect. We could offer guidelines and strategies to recover the lost excitement. Everyone deserves a second chance after all. And there are things that are worth fighting for. However, there is a startling fact that often comes up when counseling couples. Many people who end a relationship knew for almost a year that they had stopped loving their partner.

As curious as it may seem, the same thing happens with friendships. We often try to keep a friendship going that just doesn’t have anything left to give. We choose to continue these friendships for different reasons. And yet these reasons can be summed up with one word: fear. We’re afraid to give something up that, until recently, had given us happiness, satisfaction, and well-being.

How to know when to end a relationship

The world of psychology has addressed the issue of failing relationships, and the love that starts to fade, for three decades now. Such prominent figures as John Gottman or Harville Hendricks have taught us ways and strategies for saving our relationships. We have learned from them what to do to make love last. They’ve taught us about those “riders of the apocalypse” who, according to Gottman, can show us when to end a relationship. We’ve also learned how to differentiate good relationships from those that only bring us suffering.

There’s something crystal clear in all of this. There are quite simply some relationships that reach their “expiry date”, with no return. Continuing to invest time, effort, and emotional energy is meaningless when there’s no excitement or nothing there to spark the flame again. We’ve tried over and over again, and the results are always the same. Sometimes the barriers are insurmountable and there’s a growing distance between those who were once lovers. When there’s just disappointment and disenchantment, we know that the time has come to end a relationship.

Routine is our enemy

The truth is that there’s nothing as uncertain as our hopes and dreams. We could say that routine is their enemy. There are many who don’t know how to love as they should. There are many who don’t know how to care for others and just take things for granted. We know that in matters of the heart we’re sometimes not very competent when it comes to methods, times, and rules. However, the truth of the matter is that sometimes the excitement fades away. That’s just how it is.

We could give a thousand reasons, and formulate the same number of theories about why or how this unexpected void can arise in our relationships. It could be a disappointment or disenchantment with the other person. It could be seeing them as they really are without rose-tinted spectacles. However, in many cases, the reason why the excitement fades away often doesn’t have anything to do with what the other person does or doesn’t do. Often, it’s us who’ve changed. Our heart no longer beats at the same time as theirs. We no longer share the same things we used to.

What to do when disappointment appears?

In love, as in friendship, there should be no waiting rooms. Nor should we give excuses, or let time pass to see what might happen. Either you fight for what you love, or you let the person you once loved go to avoid getting hurt. There are no magical solutions, and the excitement doesn’t come back on its own if we don’t make an effort and make changes. It won’t come back if we don’t join forces in our relationship and try to take it to another level together, transforming our bond of love into something more enriching.

But if the sun has truly set on our love and friendship, then it’s best to act accordingly. Prolonging the inevitable only generates suffering. To live off false hopes is to feed ourselves with a substitute for love that only causes “indigestion” and just makes us feel bad. This is also contagious and can make the other person “ill” too. Having done everything you possibly can, ending a relationship is often the only feasible and healthy option you have left.

Hopes, dreams, and excitement often change greatly over time. We can’t always master them. We can’t always hold on to them in the form of our relationships. The flame often goes out; it’s a fact of life. However, the important thing is that this flame keeps appearing along our road. Either at someone else’s side or by ourselves. Always there to guide us, always giving us life.

Unfriending: A Cold Way to End Relationships
The "unfriending" phenomenon (when you delete, block, or unfollow someone on social media) is being studied by increasing numbers of psychologists. Read more »
Link copied!
Interesting Articles
Wellness
I Think I Finally Understand Emotional Intelligence

The mental and physical degradation we experience when we're facing a problem or group of problems can paralyze us. It can make us feel we will never get out. However, every problem…

Wellness
How to Pick Your Spirits Up

There are some days when you wake up in a good mood. Days when you have more energy to face the day, more of a desire to laugh, and more…

Wellness
I Love Those Hugs That Make the Sadness Go Away

I like hugs that, although they may not resolve anything, are a way of telling adversity it can't get us. I love…

Almost always and fortunately, the experiences we have change us, and help restore our priorities and views. They help us…