Second Chances: Only a Valid Option for Some Couples 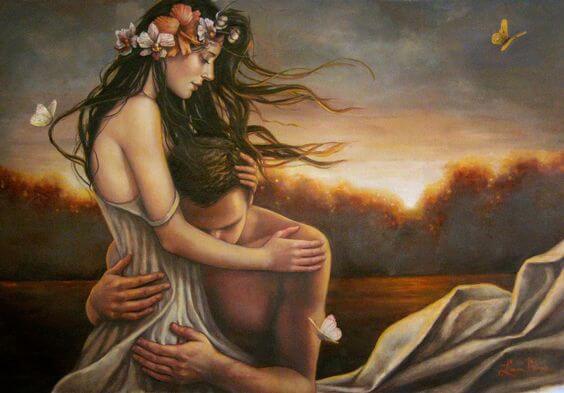 Surely you know that couple who has broken up and gotten back together more than once. They try, but in the end, those second chances that they give don’t seem to work. Those second chances turn into third, fourth, fifth, until they end up refusing to try again. Maybe trying again is not an option for them.

Second chances are not an alternative that works for every couple, because sometimes there are too many built up hard feelings, unresolved problems, and other circumstances that, no matter how much effort we put into them, can’t overcome.

Oftentimes, giving the relationship another chance works really well and can even improve the relationship, but this is because the two people know how to grow and take advantage of the time that they spend apart. Not every couple does this, which is why it is really common for a relationship not to work the same afterwards.

Second chances tend not to work

Why do second chances tend not to work? For one simple reason: couples get back together for the wrong reasons. Often it’s the need to the void they feel from having spent so many years sharing their life with someone. All of this can mean that they suffer emotional dependence, a problem that affects many people today.

You miss your partner because you are not capable of being alone, and this is a negative thing. The problems that led you to the breakup will still be there, they will come up again, and they will put you back into a toxic relationship where you will be anything but happier.

You need your partner because you are afraid of solitude and that empty sensation that overwhelms you when you reach your arms out to the other side of the bed and no one is there, when you are carrying bags into the house and no one helps you, when no one brushes kisses across your lips.

“Depending on a person who loves himself is a way to bury yourself alive, an act of psychological self-mutilation where self-love, self-respect, and the essence of oneself are offended and given away irrationally.”

Maybe you have made the great mistake of placing all your happiness in your partner’s hands and now you are paying for it. You are unable to take on life alone, or to see beyond your relationship. You think that without that person, your life has no future or any hope of moving forward. What you do not know is that you can be happy by yourself, and what’s more, you actually have to spend time by yourself.

If you take advantage of the time that you go without your partner, you can discover and see your relationship in a different light, from different perspectives. In this way, you will be able to prove whether or not you were doing things right, whether or not you deserve a second chance, or if breaking up was the most sensible thing for both parties.

When couples give one another second chances and they work, it is because they knew how to enjoy all that time that they spent without their partner. They took it as a chance to reflect, to look at everything from another angle, and to really think about things before making the wrong decision.

But in many relationships, there is still the belief that a soul mate exists for them, and this leads us to be anxious about being in a relationship. We often believe that we are in love when in reality what we want is just to have someone by our side.

“Have you ever confused need with love?”

But second chances also depend on previous problems that led us to break up. Let’s imagine that it was because of an infidelity. If that person cannot get over that terrible betrayal, trying again would simply be a waste of time. Without meaning to, they would reproach their partner for certain things, they would not trust them, and they would doubt everything. This would not be positive for anyone.

For this reason, before giving each other another chance, it is important for you to resolve your problems, not only as a couple, but also individually. In this way, you can restart the relationship, with no hard feelings and knowing that you are independent people and that you are not together because you don’t know how to handle being alone. Only in this way will second chances succeed.

The masks of pathological narcissism are manipulation mechanisms that narcissists use to hide their intentions as well as their true condition. They…

Psychology
Love Yourself, You're Going to Need it

"Courtship" is an outdated term, but mastering the art of flirting, pursuing a romantic interest, and bonding is important if we…