Why Do I Keep Getting Hurt in Relationships? 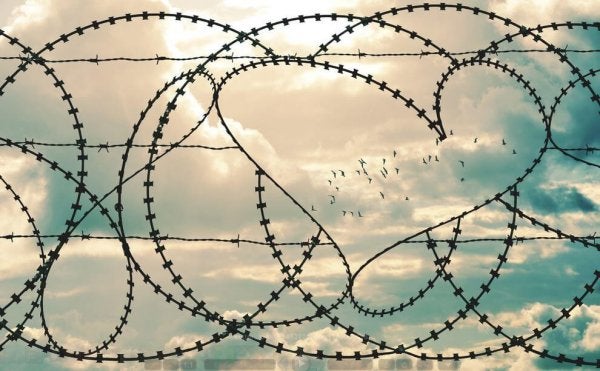 Relationships: they’re so complicated! Full of pleasure, fear, hope, pain, nostalgia, hatred…  they’re intense and very nuanced. But we don’t always know how to choose them correctly. In fact, we all know someone who is always getting hurt, one relationship disaster after another.

The relationship yo-yo’s, going up and down constantly. Until one day you wake up a broken toy, destroyed by your own inability to get out of this loop you’ve somehow got yourself into.

Getting hurt in relationships

Experience teaches us. If we touched something once and got burnt, we won’t touch it again. Well, maybe not always — there are some people who will. Some people feel the need to double check that their sensations are correct… and of course they burn themselves again.

And really, it often comes out of their big heart that wants to give people one opportunity after another. But then they end up getting hurt, exactly where they were at the beginning.

But picture not being like that. Picture knowing after one burn not to do it again. Unfortunately this could put you on the other extreme and make you start distrusting everything around you. You start wearing thick, heat-proof gloves. You end up walking through life with a shield.

People like this can coexist with others, but they always do it fearfully and superficially. The gloves they wear keep them from receiving the heat that others give off. But the warmth of love is good for us.

Then what happens? Well, two things can happen. One, we get used to the gloves and no longer take them off, and therefore give up the warmth of love forever. Two, we don’t, and start to feel like we should take them off.

This desire will act very much like a strong emotion. When we contain or compress it too much, trying to prevent its energy from affecting us, it turns into a time bomb. One that will go off when we least expect it.

Thus, a person with great anxiety about taking off those protective gloves will end up doing it impulsively. In the end they won’t think about how hot the object they’re about to touch is.

What can I do to stop getting hurt?

Open up the rest of your senses. Observe how that person treats others. A person who gossips about others behind their back will end up doing it to you. A person who doesn’t consider other people’s feelings won’t consider ours either. Anyone accustomed to lying to protect themselves will also lie to us. Anyone who sees others as mere tools to be used will also put us in their toolbox if we let them.

The point is to learn about them beyond what you see on social media or in their speech. It’s about understanding them as a whole and seeing how the pieces we’ve picked up about them fit together.

The important thing is not to settle with the piece they’ve designed and handed us. We need to try to sketch it out ourselves and decide if we like it, if we want it to be part of our life.

Before we let a person into our lives, it would be a good idea to get to know their story. To get to know at least a good part of their life. How have they faced challenges in life, what challenges have they chosen themselves, what are their dreams for the future, and what would they be willing to do for them?

Some people will burn us

They will, no matter how much faith we have in the goodness of human beings. Whether due to their situation or their genetics, some people have an enormously destructive power. And unfortunately some of these are experts in hiding it. They know the story of the frog. The one that got into a pot with cold water and didn’t realize in time that the water temperature was rising and that he was going to be cooked.

Well, many people project the sensation of being “cold water,” and once they’ve gotten our trust they turn up the temperature. So they start to burn us almost without us realizing it. Thus, when we decide to get out… many times we’ve already gotten hurt.

So, we have to be aware that people are constantly changing, just like the world around us. The point isn’t to be paranoid and constantly be suspicious of your relationships, but it is a good idea to keep an eye out so you can identify the changes and, however gradual they may be, not let them go unnoticed.

What’s Really Behind Relationship Tension?
A lot of us idealize love, and have trouble accepting life's contradictions. And these are things that make it much harder for us to deal with relationship tension. Read more »
Link copied!
Interesting Articles
Wellness
The Truth Satisfies the Soul

Telling a lie or not saying the truth in order to not hurt someone or to hide a reality is something that we have all done at some point in our lives.…

Wellness
Sometimes You Win and Others You Learn

They say that losing doesn't count as losing if you learn from it, and that's completely true. You'll only be…

Feeling stagnated is never fun. Stop for a second and imagine you're at a fork in the road with three…

Emotions
The Randomness of Life: How to Accept the Unexpected