Character Motivates You to Do the Right Thing, Not the Easy Thing 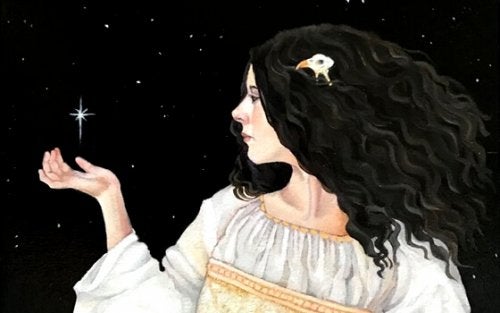 Character is the most important of all the virtues. However, it requires courage, honesty, and loyalty to oneself. Only a strong character allows us to sleep with a clear conscience and always do what is right, not what is easy or what others want us to do. Thus, character is an exceptional mental attitude and the essence of our personality.

People often say, a bit carelessly at times we must admit, that such-and-such person has no character or that so-and-so’s character is too intense. And others say that character, more than simple physical appearance, is what is really attractive about a person. This all leads us to conclude that we are looking at a very relevant aspect of what it means to be a human. And we use factor to categorize other people.

“Knowledge gives you power, but character gives you respect”

People commonly think that character and personality are the same. That is not exactly right. In psychology, character forms part of the foundation of personality, along with temperament and aptitudes. In fact, many psychologists who are dedicated to studying this interesting part of our personalities explain that it greatly influences the rest of the psychological dimensions.

It is, in other words, the fifth essence of our being.

Character is our educated will

All of us have strong aspects of our character. Our internal values that pull us along when we need it the most. But where do they come from? How is this fascinating psychological craftsmanship built? We would venture to say that it is a subtle combination of our genes, our environment, and the result of lived experiences. Many people would define it just that way. However, there is something else even more inspiring and uplifting to the story.

A person doesn’t form their character in a day or two. There is a certain willingness involved, an awakening when the person should, sooner or later, become aware of her rigid thoughts and limiting attitudes instilled in school or even those invisible “bar codes” that society prints on our mind to condition us.

Character is also a personal choice, an accumulated strength that allows us to finally dare to react. It helps us value our essence and individuality. It guides us to knowing what is right at each moment and acting on it. Aristotle himself said once that character is where moral duty and personal inclinations come together. Once combined, they should have only one purpose: to act nobly according to what is right. Only then can we ensure our dignity, integrity, and the well-being of society itself.

The three pillars of character

Something that we have been able to understand up to now (and that we shouldn’t lose sight of) is that each one of us is responsible for our character. Authors and experts on the subject, Renne Le Senne or Gaston Berger tell us that our character our characters don’t show themselves definitively in childhood or adolescence. In fact, this complex synthesis that shapes our values, feelings, and attitudes, settles over time.

Thus it is always a good time to file down our rough edges or polish certain characteristics that allow us to better manage our day-to-day surroundings.

“Intelligence plus character – that is the goal of true education”

These same authors point out that our character formation depends on how we interpret, approach, or prepare ourselves for three concrete factors. Let’s take a closer look.

Emotiveness refers to our ability to produce certain emotions when we receive certain stimulants. It also shapes our sensitivity and how we react to other’s emotions. On characteristic of this factor is that we don’t all react in the same way to the same things. That difference, that nuance, also shapes our character.

Some people have cold personalities and can’t react to other’s pain. There are also people who are more sensitive and wouldn’t think twice about risking their own lives to help others.

Each one of us acts according to our values and principles that we internalize and make our own. Nevertheless, and here we have one of the most interesting aspects of the subject of character, we aren’t all capable of reacting to something we consider unjust or against our value system.

For example, if I work in a restaurant where a lot of food is left over, I will put measures in place to make sure that the food doesn’t end up in the trash. I will direct it to people who need it. However, there are always those who choose immobility. They look around and try not to call attention to themselves. They limit themselves to doing what everyone else is doing even when they know it’s not right.

Lastly, one basic factor to understanding how characters are formed is resonance. Resonance refers to the time it takes for us to react when we see or experience certain things. For example, I just got out of a dependent and unhappy relationship. After a few months, I meet someone with almost the same abusive personality as my former partner.

There are people with low resonance who aren’t able to interpret or react to prior experiences. They can’t learn from their past. So, they end up making the same mistakes over and over. They let themselves be swept along, and they don’t actively work on constructing a more dignified, strong, and healthy character.

In conclusion, just as we said at the beginning, character is our most valuable virtue. Thanks to our character, we can keep our balance in times of adversity. It helps us get out of bed every day feeling stronger, braver, and more ready to do what we think is right.

We should invest all of our energy in building our characters so we can be freer, and, above all, happier.

A Strong Character Doesn’t Equal a Bad Temper
"Having a strong character" is not bad, per se. The harmful aspect is to hide behind it to justify your explosions of rage, yelling and bad words. Read more »
Link copied!
Interesting Articles
Psychology
Zolpidem: Characteristics and Side Effects

Cannabis isn't just the most highly consumed illegal drug in the world. It's also one of the drugs with the most…

Psychology
For the World, I'm a Pessimist. For my People, I'm Optimistic.

Some optimistic emotions and sensations can only be awakened by personal relationships with your family and closest friends. Emotional support,…

Psychology
Blind Love: when you Don't See who they really Are

Love is a feeling we all have at some point in our lives. We also have different ways of loving, because…