Why Do Women Live Longer?

Why do women live longer? Well, a study by the University of California, San Francisco just released data that points to the importance of the second X chromosome when it comes to life expectancy. 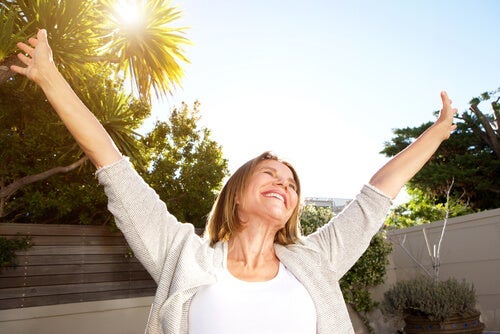 Why do women live longer than men? It happens in all animal species. In fact, the scientific community has been trying to answer this question for many years. They’ve taken into account countless biological and psychosocial factors. And even though it’s currently a statistically proven fact, researchers are yet to find reasons why.

A study conducted at the University of California, San Francisco (UCSF) just released data which put the second X chromosome in the spotlight. It could be the secret to longevity and, thus, the reason why women live longer.

This study reveals the importance of X chromosomes, without which life as you know it wouldn’t be possible. The Y chromosomes contain limited genes and aren’t necessary for survival. In fact, their main function is to create specific physical characteristics, such as penises and facial hair. As you can imagine, this factor could begin to explain why life expectancy is higher in women.

“My secret to a long life has been staying away from men. They’re just more trouble than they’re worth.”

The lead author of the study is a professor of neurology at the University of California, San Francisco, and the scientific journal Aging Cell published her results. The team did most of the research on a group of laboratory-created experimental mice.

The study revealed that mice with the XX combination lived longer than their XY carrier counterparts, regardless of whether they had ovaries or testes. Also, it verified that, of all XX carriers, the ones who lived the longest were those with ovaries. Not only that, but they also lived well beyond the average age in mice.

Thus, the longest-lived combination was mice XX chromosomes and ovaries. That’s the most common combination in the natural order. The second most longevous combination was the XX mice with testes. These mice didn’t live well beyond the average lifespan of a mouse. However, both lived longer than the XY chromosome carriers.

The life span of mice with double XX chromosomes and ovaries was of approximately 30 months. You must keep in mind that the average lifespan of an XY mouse usually doesn’t exceed 12 months.

“Mice need to have ovaries with two XX chromosomes for a longer lifespan, according to the natural order“, summarized Iryna Lobach. She’s an assistant professor of epidemiology and biostatistics at UCSF and co-author of the study.

The X chromosome, carried by both women and men, is crucial for survival. It contains many genes pertaining to the brain. Furthermore, the presence of pathological recessive mutations in a gene of the X microsome makes males more vulnerable to an inherited pathology. This is because a female needs two copies of an X chromosome gene with a pathological mutation to develop a recessive pathology but only one copy is necessary for a male.

The X chromosome seems to have six times as many intelligence-related genes as the Y chromosome. Thus, the second X chromosome fulfills the deficiency when a gene fails. As you can see, this isn’t possible in the XY counterpart.

Studies prior to the one conducted by Dr. Dubal already argued that this could explain why there are between 30% and 50% more intellectual disabilities among men. This conclusion was recently reached by Gillian Turner and Michael Partington. They’re both from the Prince of Wales Children’s Hospital and the Western Suburbs Hospital in Australia.

Nobody knows for sure what the second X chromosome contributes to life expectancy. However, it’s strongly involved in the longevity of human beings who carry it. Likewise, the researchers affirm that this discovery doesn’t nullify the environmental and sociocultural influences that affect life expectancy.

12 Neuroscientific Reasons Why More Women Study Psychology
The number of women attending psychology classes is often noticeably higher than men. So, why do more women study psychology? Read more »
Link copied!
Interesting Articles
Research
Brain Tsunami: What Goes on in Your Brain Before You Die