The root cause of psychological issues is often a family secret that causes shame or blame. These feelings can negatively affect your emotional well-being. 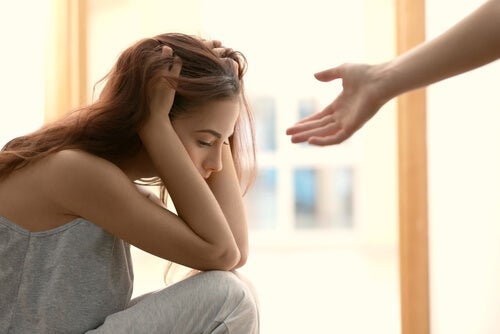 Family secrets are invisible burdens. You can sense them, but their hidden nature makes them impossible to process. If they’re secrets related to serious or perverse things, they can cause intense or unexplained depression, mania, or some kind of neurosis or psychosis.

One internationally famous example is the case of Jennifer Teege. She knew that she had grown up in an orphanage and that she was adopted at the age of three. But she felt like something wasn’t quite right, like she was missing information about her past. Thus, she found and got in touch with her biological mother to learn more about her family but that didn’t get rid of her unsettled feeling. She sensed that there were dark family secrets at play. She felt the presence of something “evil” in her life.

Later on, she found out that her mother had hidden some important information from her. For example, that her grandfather had been a commander in the SS and that people called him the “butcher of Plaszów”. A book and some historical documents finally showed her the truth. After that, she started her own research to uncover family secrets. In her own words, she said that she was only able to start her true life, to have an identity, when her family history finally came to the surface.

The importance of family secrets

Family secrets exist because family shame exists. The thing that causes shame is exactly what becomes the thing that needs to stay hidden. If it causes shame, that’s because it’s related to objectively or subjectively unacceptable and unspeakable things. If it didn’t, there would be no reason to hide the fact.

Psychoanalysts believe that all repression is unsuccessful. Family secrets are a kind of collective repression. What happened is relegated to a dark corner, as if hiding it will make it disappear. Hiding it, however, has the exact opposite effect. Though no one can see the secret, it’s as alive as ever.

Things that are repressed will eventually come to light. They never really disappear and they’ll always find some way to come back. The repressed matter is just like regular matter: you can’t destroy it, it just transforms itself. So what does repressed matter become? Neurosis or psychosis.

The shame that surrounds family secrets is always accompanied by guilt. That guilt is one of the most toxic and damaging feelings that humans deal with. If you’re carrying around that kind of guilt, it makes you feel unworthy and you’ll unconsciously look for ways to punish yourself. You’ll also constantly project or admit your guilt, although you never talk about it directly.

From the time you’re born, you receive a set of implicit and explicit messages from your surroundings. For example, you can sense if your mom is overly nervous or dismal. Or if she has likes and dislikes that you simply can’t understand. The root of this strange behavior is probably something that she’s repressing but unconsciously communicating.

All of that unspoken information has a significant impact. If the family secrets are serious and covering up a lot of guilt and shame, they make their keepers sick. They’re also passed down to subsequent generations, who don’t inherit the information, just the effect it has on their psyche.

Each individual is the child of a long story and way of seeing life. When you’re born, you’re a new chapter in that story and in that perspective. You don’t start your life from zero. Instead, you’re accompanied by a set of events and facts that define a significant part of who you are.

That’s why it’s so important to know this transgenerational memory. It helps you understand yourself better and discover an important part of who you are. All of this information is crucial for your development and well-being. Knowing and understanding your family history is a path that will lead you to be able to interpret your feelings, emotions, and attitudes.

If you don’t know about your ancestors’ lives, they’ll continue to affect your life experience. The eco of those who came before you is inside you and a lot of unconscious conditioning comes from those family secrets and the information you’re missing. For a lot of people, getting to the bottom of those secrets is the key to overcoming their psychological and emotional problems.

How to Escape from Your Room of Secrets
Do you have a room of secrets? What exactly is it? In today's article we'll show the importance of keeping your own identity in a relationship. Read more »
Link copied!
Interesting Articles
Family
Why Do Parents Abandon Their Children?

Family
Parents: Your Role in the Fears of Your Children

A family is an organized system and the basic nucleus of society. In other words, it's a collective with rules, values, and certain behavior standards. There are also hierarchies and…