Are There Differences Between the Male and Female Brain? 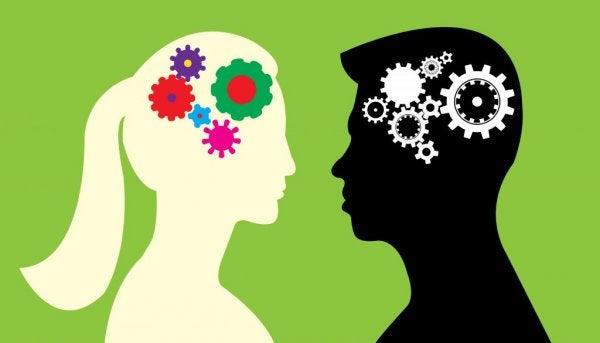 There are many myths about brain functioning and capabilities. There has also been much talk about the differences in functions between one hemisphere and another. And about the differences between the male and female brain. How much truth is there in it? Scientific evidence about physiognomic and functional divergences of the brain between sexes is not as clear as some may lead us to believe.

5 differences between the male and female brain supported by science

Let’s look at the main differences supported by science:

Myths about the differences between the male and female brain

The differences between sexes has always been a controversial issue — very interesting too. That’s why some statements supported by scientific studies are exaggerated to make exciting headlines.

However, it’s important to find out the initial source of information. We should put all the data in perspective so that we do not perpetuate myths like these ones:

The differences between individuals cannot be reduced to sex

The reality is that differences between sexes are not as marked as they are between individuals. Probably a large number of these differences are due to culture. In fact, cultural beliefs, such as women being bad at math, can have an effect on expectations or the assessment we can make of our own abilities.

It would not be surprising to find that the differences in behavior between sexes has their roots in how each their upbringing. It’s important not to get carried away by the attractiveness of curious, striking data.

Instead, we should interpret information rigorously. It’s time to stop perpetuating beliefs that are not completely true. Maybe this way we can get a little closer to equal opportunities and allow both sexes to reach their potential.

Do Women and Men Experience Emotions the Same Way?
Do women and me feel things the same way? Do they experience the same emotions? In this article we look at male and female brains and attempt to answer these questions. Read more »
Link copied!
Interesting Articles
Culture
Simon Syndrome: Single and Immature

Some call it a variant of the so-called "Peter Pan Syndrome." It develops when a man between 28 and 38 years…

Culture
The Fine Line between Modesty and Shame

Modesty is a controversial issue. Some people consider it positive. They say it's necessary to establish boundaries and protect yourself…

Culture
How Does Fake News Affect Us?

Fake news has existed for many years. However, it has grown into a common phenomenon thanks to social media. Initially, people believed the Internet would create a democracy of information.…

Culture
The Life of Franz Kafka

At the end of the 20th century, a poll asked people to choose who they believed was the most important writer of the millennium. Franz Kafka, the child of Shakespeare,…