Why Do People Harm Themselves?

Some people use self-inflicted pain as an escape valve for emotional suffering. Most people are somewhat familiar with the term "cutting". Today, we'll address the root causes of this behavior. 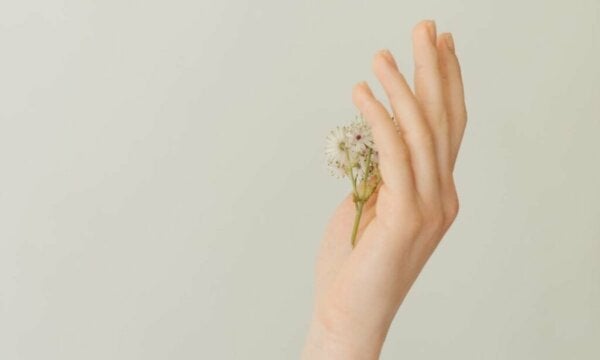 Why do some people harm themselves? By some estimates, four percent of adults self-harm, with no significant difference between men and women. The number is bigger for adolescents (12-18 years), so much so that it’s become a major concern for health officials. Cutting, hitting, burning, or pulling out your hair are some examples of self-harm. The reason that people do it is for an emotional release. Paradoxically, it makes them feel better.

It’s important to note that not everyone who practices cutting, for example, knows why they do it. Some people argue that teens do it to “be cool” but that attitude undermines the seriousness of the problem, which seems to be on the rise. A horizontal scar on a teen’s wrist doesn’t always mean they’ve tried to commit suicide at some point. It could point to an attempt to “feel alive” through pain.

The phenomenon of self-harm, or self-injury, is more complex than it seems. In this article, we’re going to delve into the issue to understand its causes, how it affects those who engage in this behavior, and the treatment and intervention options.

Reasons why people harm themselves

Some people are embarrassed about a few extra pounds or having a hooked nose. Others are ashamed of the marks on their body from where they’ve hurt themselves. They hide their scars under bracelets or tattoos or only inflict pain on body parts other people rarely see.

In a study conducted by the psychology department of the University of Wisconsin-Madison from 2005-2011, one out of every five adolescents self-harm. Unfortunately, these numbers have only increased in recent years.

The psychopathology of this behavior has sparked the interest of researchers, especially with the effect that social media has had on the issue. The advent of social networks has made cutting much more “popular” among teens. While adults who practice cutting tend to carefully hide their behavior, some teens go as far as to publish photos of their self-inflicted injuries.

This is alarming behavior. But the question remains: why do people harm themselves? Why is inflicting pain on yourself a cathartic experience?

The causes of self-injury

The Diagnostic and Statistical Manual of Mental Disorders (DSM) defines this behavior as a “disorder”. In other words, it’s a mental health problem, although most experts agree that it’s often the symptom of something deeper. Gonzalez, R.B., and Alvarez, B.G. (2012) argue that people who harm themselves are usually dealing with an anxiety disorder, depression, or post-traumatic stress.

Here are some triggers of self-harming behavior:

As you can imagine, the situations that lead to this behavior are varied. It doesn’t matter how old you are, how much money you have, or what your gender is. For many, seeking out this pain is their only escape valve.

Why people harm themselves

There isn’t much that can grab your attention like someone cutting themselves, burning their skin, pulling out their own hair, or just picking at a scab until it gets infected. But why do people do it? What are they trying to get?

Villarooel, J. and Jeres, S. (2013) explain the four main reasons why this occurs in their book Self-Harming Non-Suicidal Behavior in the Clinical Setting [translation from Spanish].

How to help people who harm themselves

In a nutshell, people who engage in self-harming behavior do it because they’re suffering in some way. A psychological approach and rapid intervention are crucial in all cases. That’s because self-harm and suicide are closely linked.

Ideally, the patient’s family should be involved in therapy, especially if the patient is a minor. The family life of children and teens plays a decisive role in these kinds of issues, so it’s essential to keep that in mind. Self-harming behavior is a dangerous and deceitful escape valve that no one should have to turn to. If you or anyone you know is engaging in this behavior, get professional help.

Self-Harm or The Desire To Hurt Oneself
Read more »
Link copied!
Interesting Articles
Psychology
I'm Not a Robot, I Have Asperger's

I'm a person, just like you. I'm not a robot that has no feelings, and when you laugh at me…

Chaos addicts are more common than you can imagine. They are always at least fifteen minutes behind and that's why they arrive late, running and panting. They apologize and blame the…

Psychology
You Have the Right to Have a Gray Day

As the human beings we are, we have the right to be sad sometimes, to not be one hundred percent, to not…