Social media is a platform for interaction, a virtual showcase for our lives that seem to be here to stay. When and how can they cause anxiety? 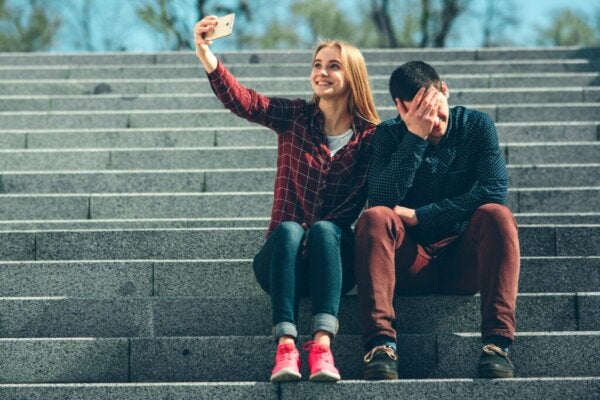 Sometimes, there’s a pathological distance between how you feel and what you share on social media, which can be a significant source of anxiety. These platforms give you the possibility of almost instant gratification; a quick and effective dose of dopamine. Like any short-lived pleasure, however, you have to keep coming back for more. That can quickly become problematic.

Social media provides an equal opportunity for everyone to share content. In exchange, you have to deal with this invisible pressure to keep your content new and interesting. Parallel to that, your motivation to please your audience leads you to avoid publishing anything that’s “boring” or “unpleasant”. You have these imaginary fans you want to please, which motivates you to make up an alternate reality.

This begs the question of how this emotional difference between what you share and how you feel affects your mental health.

These days, many people rely on social media platforms such as Facebook, Twitter, Snapchat, YouTube, Instagram, or TikTok to connect with others. While they can be fun, informative, and useful, it’s important to remember that social media doesn’t replace human connection in the real world.

You need human contact to trigger the hormones that relieve stress and make you feel happier, healthier, and more positive. Too much time on social networks can exacerbate mental health problems such as anxiety and depression.

Social media can be problematic if it’s directly contributing to a reduction in the quality or frequency of face-to-face interactions. The same is true if it’s distracting you from your work, makes you feel sad or envious, or you’re using social media to make other people jealous. If any of those things are true, it might be time to reconsider how you’re using these platforms.

One of the most potentially problematic factors isn’t how often you publish but how honest you are when you share. Talking about how happy you are on social media when you’re having a hard time can increase feelings of anxiety.

Most of us have a small, faithful audience on social media. You probably only have an actual relationship with about 10% of the people who follow you (or the people you follow). Also, a very small percentage of people can make money from being “influencers”. In other words, nothing is probably obligating you to share things on social media.

The most you’ll get from being active on social media is the satisfaction of sharing information and content about certain subjects. The impact your content has often depends more on how your followers feel about you than the actual message you’re sharing or how you share it.

As we said above, social media is a platform to showcase all the best moments in your personal and professional life. Rarely, however, does activity on social media have any long-term, positive impact on your well-being. On the contrary, it’s quite common to feel pressured to post content, as if it were an animal you have to feed. This kind of pressure is problematic if it causes anxiety.

Here’s an example. Take a man who’s about to get married. He’s excited about his wedding day and is also excited to share the photos from the event. When the day arrives, however, things start to go wrong from the beginning. It’s really hot, he fights with his partner at the reception, and his back is killing him.

He probably still feels happy in spite of these minor setbacks. The fact remains, nevertheless, that the day isn’t what he was expecting. He doesn’t feel like sharing the photos on social media, but he feels like if he doesn’t do it soon people will start to ask questions and he’ll feel uncomfortable. In the end, he posts a Polaroid from the reception where he looks happy and satisfied. This is a hypothetical situation, but it happens in many different forms every single day. You post things that portray emotions you aren’t really feeling.

Is that the kind of life you want to live? You might face rejection and mistrust if your social media self strays too far from the real you. Not even the so-called “influencers” can avoid this kind of suspicion from the people in their circle, though they justify it by arguing that it’s how they earn their living.

A gap between what you truly think and feel and what you post on social media can cause significant psychological distress. It also has the potential to pathologize your emotions, cognition, and behaviors, which can have long-term consequences.

We’re not talking about quitting social media all together. Instead, try to reflect on how you benefit from it. Does it do you more harm than good? Is it increasing your well-being, or causing anxiety and problems with your self-image? Social networks are certainly here to stay, so remember that learning from them and learning about yourself is a continuous process. You’re free to show who you really are, instead of making up a fake life to try to prove your worth.

The Psychology of Social Media Trolls
Why do some people attack other people on social media? What kind of psychological issues explain the actions of social media trolls? Read more »
Link copied!
Interesting Articles
Culture
5 Reasons Why it's Not Worth Being a Pessimist

It's impossible to value all the information we find on a daily basis, even more so with the rise of the internet and social networks. We continually have to make…

Culture
How to Cope with Emotional Overload During Lockdown

Emotional overload during lockdown is a psychological reality that many people are experiencing. We can understand this as a saturation…

Over the years, psychology has adopted a wide array of approaches to understand and address human behavior. Each approach has its theoretical foundation and practical applications. For more than three…