Why Did Nietzsche Think We're Sick? 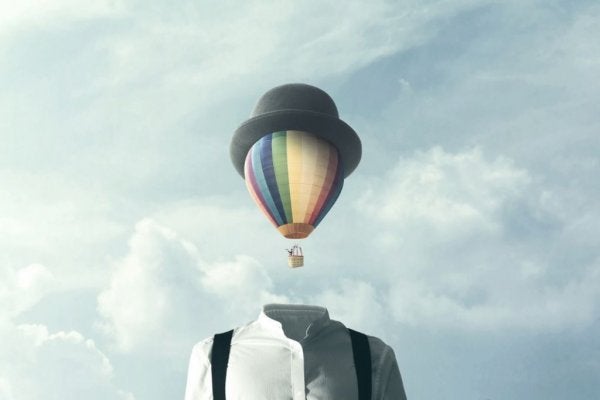 The philosopher, Nietzsche (1844-1900), has created probably one of the most revolutionary and most widely interpreted schools of thought in its short history. With him came the idea that God was dead and a new way of seeing and understanding the world was born.

It’s a way that tries to free humans and their thoughts from the prison we locked ourselves into in a sophisticated attempt to escape our worst fear. A fear of life, ourselves, and our freedom.

Nietzsche thought the root of a lot of our problems was in enlightened, somewhat democratic Greece. We left myth aside and went on to worship logos. We worshiped a sense of reason that made us seem like limited creatures, scared by the shadows we saw in the cave.

Nietzsche goes on to be skeptical of this kind of modernity. He thinks that there’s something hiding under this framework: bitterness towards life, what happens to us, and what we don’t like.

The root of the sickness… and of the tragedy

In Greece, Dionysus lost (his life) and Apollo won (the argument). That’s how we got hypnotized by a sense of perfection that we project outwards. It will always be outwards because of the way we express it: far away, because that’s where we are, far from our own nature.

It’s an idea that’s still ideal today for religious fundamentalists who wrap themselves in bombs and start down the path to a better world. But they take other lives while they’re at it, and they think these lives are their ticket out.

Socrates may have opened up the doors to this thought, separating the dionysian (life) and the apollonean (reason). But it was Plato who put one on top of the other, fulfilling the Socratic method (the fruit of knowledge; the achievement of reason) and also the tragedy.

The revelation of this split and hierarchy then moved through Christianity. Christianity talked about life as preparation for death, or as a valley of tears.

Death was a punishment, the reward being heaven. This was an idea that fit in perfectly with the hardships people were going through, ravaged by hunger, plague, and a thirst for hope. You suffer now, but afterwards you’ll get your reward. But only for people who suffered enough to earn it.

This vision also means moral punishment for humans, because our best actions are never our own. This might be why we say things like, “every cloud has a silver lining.” In fact, this has been the justification some people have used to explain how it’s possible that an all-powerful, kind God would allow tragedies to happen to us. It’s almost funny, right?

We condemned ourselves to slavery

Going back to the core of Nietzsche’s thinking, this is how we created a scale of values based more on our faith than our knowledge. But we’re all smart people and the Dark Ages couldn’t last forever, so…

Meanwhile we started to build up science, the best solution we had to escape any deep feelings inside us. In this sense, for Nietzche, all science was a perfect tool humans created to dig themselves out of their cave.

What we hoped for when we established science as a model was to understand the destiny written out for all of us. It’s an equation where everything fits. It’s actually like what businesses use now to predict what consumers are going to buy next.

Nietzsche confronts this way of thinking with nihilism, which is what he bases his “philosophizing with a hammer” on. It’s the destructive part of his philosophy. It attacks the framework of traditional knowledge and its results, particularly Western culture and other places he sees that culture reflected.

Nihilistic pessimism and the coming of the super human

As part of his nihilism, Nietzsche tells us why he thinks we’re sick and why what happened in Greece was the beginning of tragedy for all of us. His answer is like a Copernican twist, similar to what happened with the Enlightenment and anthropocentrism. But it has a very different tone and meaning.

Unlike the Enlightenment thinkers, he didn’t believe science would save us. Nietzsche actually thought science was nothing but a substitute for religion, though more intelligent and dynamic in some ways. It was a religion that just betrayed our bitterness towards life. As a result, it also betrayed our sickness and the “repression” of our most basic instincts.

Another manifestation of this sick modernity, besides religion or science (which Nietzsche especially saw in math),  was language. Like how we tried to reduce life into mere numbers, we also tried to reduce it into concepts.

This kind of language is fiction, a collective tool we use to try to find the truth. And it’s a truth we’re sure must be classifiable, objectifiable, quantifiable, absolute… but the world we inhabit, does it really work like that?

Now that we’ve understood the sickness, what did Nietzsche see as the solution? He thought the answer was to invest in our values and move towards the birth of the super human. The super human is a person who would try to live their life well enough that they’d want to live it again.

This is the truly dynamic part of Nietzsche’s school of thought, his way of transcending suspicion and embracing life.

The Best Things Plato Ever Said about Understanding the World
Plato was one of the greatest thinkers of his time, and he is still an important philosopher to this day. Here are some of the best things he ever said. Read more »
Link copied!
Interesting Articles
Culture
Orange Is The New Black - The Reality Facing Today's Women

Suffering has taught me who I am. It has helped me get to know parts of myself that I hadn’t…