When Nothing Is the Same 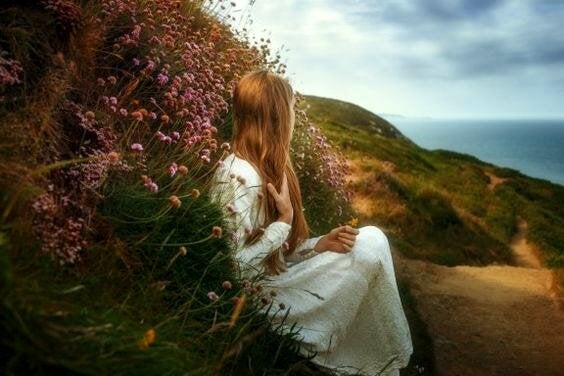 Sometimes a strange sensation comes over us: that nothing is the same. A glance loses its brilliance, words lose their music, and day by day we are more aware that we are just ashes, and that sooner or later a swift wind will arrive that takes and changes everything. It’s an instant we must be prepared for.

It’s not easy. Throughout our entire life, we have often faced that same strange sensation. Many say that it is due to routine. We drag our heavy chains around us and become less spontaneous beings, less eager for closeness, hidden caresses that make our hearts leap.

Do not do with love what a child does with a balloon: having ignored it and lost it, cries.

Maybe it is that dreadful routine, or maybe we change who we are over time. Day by day and almost without realizing it, our emotions fade. Sometimes we are like a candle that shines with full intensity at night, a light that dances and inspires us with its forms, but is consumed over time, until at the end it is just a strange, sweet and uncomfortable perfume in the air, like a dream of the past that no longer makes sense in the present.

To assume that nothing is as before invites us to reflect deeply. It is an instant of necessary dialogue, of imperative mutual efforts with which to renew that bond, that relationship. Acting with maturity and responsibility is the best way to make way for a new beginning.

When one is fully aware that things no longer have the brightness, intensity and magic of yesterday, the first thing you feel is a deep contradiction, the puncture of bitterness and the brush of nostalgia. More than the moments, we miss the emotions of the past and those relationships that built a day-to-day life with no holes, where illusion filled everything and in turn gave meaning to life.

When that emotional bond loses strength and a couple’s intimacy languishes, we could say that everything is missing. It is a slow sunset that saddens and despairs at the same time, because above all our brain needs to “feel safe.” It does not like the contradiction, and those mismatches are instantly interpreted as a threat, a sign of danger.

When we enter this phase of alarm, the first thing we do is look for a reason. But there are many who simply focus on the “who.” It is common to project faults on other people: “you neglect me, you do not take me into account, you used to do this, that, and the other, and now you do not pay attention to those details.”

Focusing exclusively on other people to accuse them may be justified on some occasions, certainly, but there is not a single culprit in all relationships. Moreover, it would be a good idea to get used to changing certain expressions in this type of relationship dynamic. Instead of using the word “guilt” with its negative connotation, for example, it is better to use the term “responsibility.”

In the game of energies and reinforcements, both positive and negative, that make up a couple’s universe, both members are responsible for the quality of the climate. And let’s be clear: sometimes you do not have to look for a guilty party, desperate to understand why nothing is the same.

Love sometimes goes out. It may happen to one person or to both. Because although many times we have been convinced otherwise, people change over time. Or we do more than change; we grow. New needs and new interests appear: what was previously a priority no longer is.

It is good to know how to manage this properly.

If Nothing Is the Same, Act

No one can, or deserves to, live forever in that backroom of broken emotions, incomplete relationships or hopes that will never be fulfilled. If nothing is the same as before and nothing can solve it, take steps to end the relationship in the most mature and dignified way possible.

Love does not prosper in hearts that are fed by shadows.

In an interesting study published in the 2005 Journal of Social Personal Relationships, researchers concluded that there are three keys to ending a relationship in the most positive and appropriate way for both partners. Thus, according to the conclusions of this work, what is to be avoided at all costs is what is known as the “phantom effect,” which means to practice evasive behavior where one progressively withdraws from the other without explanation.

Let’s see below what the three keys are for ending a relationship in a mature way:

If nothing is the same, then it’s time to go your separate ways

The first point in managing these situations is to achieve the certainty that separation is the only option remain. Always remember that mourning will be much easier knowing that you have done everything possible.

The second step recommended by the experts is to not “destroy” your partner before ending the relationship itself. As we pointed out previously, sometimes looking for the guilty party is not much use. If we use criticism, reproach, humiliation and rage, all we accomplish is feeding negative emotions until we create an energy so deep that it will prevent us from closing this chapter even more.

Finally, although it is an aspect that always costs and many do not find sense in, it is necessary to forgive. To forgive is not to give up; it is a rite of passage essential to letting go without burdens or grudges. It is to end a chapter where we forgive both for the pain caused while also accepting the positive things that we have shared. A goodbye, in time followed by a brave, “pardon,” will help us to start new paths, leaving behind a yesterday where there was no room for illusion or hope.

They say that whoever has a friend has a treasure. Although we may we have been let down by our friends…

Wellness
Do You Know How Anguish Affects You?

Everyone, at some point or another, has felt how anguish holds the power to take over their lives, leaving a…

Wellness
Do Not Beg For Attention And Especially Not For Love

Don't beg for love from those who have no time for you, from someone who thinks only of him or herself.…