What's the Relationship Between Poetry and the Brain?

What's the effect of poetry on our brain? Science has been investigating the neuronal correlates and brain circuits that can intervene in the reading of poetry for some time now. And, even though the research has only just begun, the results are already fascinating 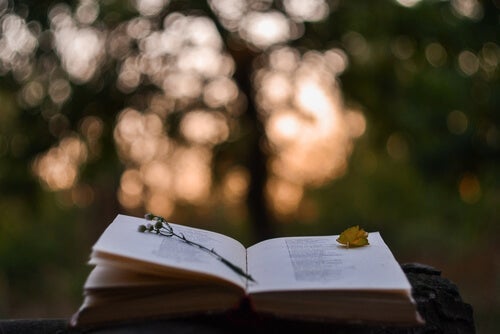 Poetry has the oldest recorded texts in literature. Although it’s impossible to pinpoint exactly when it began to be used in the oral tradition, we would err little in saying that it’s accompanied humanity forever. This gives us an idea of the impact that poetic language can have on our emotional and cognitive state. In turn, this idea raises many questions about the relationship between poetry and the brain.

Recent studies with brain imaging are beginning to give us many clues about the neural correlates and brain mechanisms involved in the act of reading or listening to poetry.

Other types of reading are more associated with various structures on the left side of the brain. However, poetry strongly activates areas related to introspection. The emotional response to literature in general shares areas of activation with music. However, more areas of the right hemisphere seem to be related to poetry.

The sensations produced by poetry

In recent years, experts conducted several laboratory investigations with the intention of revealing the relationship between poetry and the brain. Dr. Eugen Wassiliwizky’s team collected data on neuroimaging, psychophysiological and behavioral responses in people reading or listening to poetry.

Within the psychophysiological responses, they focused on the electro-dermal and cardiovascular reactions of the autonomic nervous system. They proved that poetry is capable of triggering emotional responses and very intense emotional experiences.

This type of sensation has also been proven to result from music. However, the tingling sensations produced by poetry activate different areas of the brain than those activated by music. In addition, experts found an anticipatory effect on the brain, even if they were poems read or heard for the first time. This is due to the cadence effect and the brain’s recognition of the poem’s metric pattern.

The brain is wired for poetry

The University of Bangor in the United Kingdom led another research project on the relationship between poetry and the brain. Their studies reaffirm the idea that the brain has the anticipatory resources to recognize the rhymes and rhythms that are so characteristic of poetry.

They seem to have discovered that the musical quality of poetry is captured by our brain in a totally unconscious way. In other words, the harmonic properties of poetry seem to stimulate unconscious parts of the mind. As a result, this also suggests a close relationship with human intuition.

It does it to such an extent that the participants reacted more and better to the poems elaborated with certain metric rhythms. They even got the image of a burst of electrical activity in the individuals’ brains. This electrical burst was produced just a fraction of a second after hearing the last word of one of the lines of the poem.

Poetry from a psychological perspective

Poetry is a game of language that manages to group words in a surprising way. We could compare this with how a chef combines ingredients that seemed impossible to combine, yielding extraordinary results.

There’s a pattern in poetry that seems to restore our desire for order. Poetry is based on rules of construction. It sets up a rhythm, which it then breaks, before finally returning to it. The play on the meanings of words, sometimes several meanings in just one word, is extremely intellectually stimulating. We can read a poem a thousand times, and still find new meanings.

“Poetry is the union of two words that one would never suppose could ever come together, and thus form something like a mystery.”

Poetry and the brain, a whole world to develop

The studies that experts have conducted on this subject not only yield interesting results. It seems that it’s also necessary to start promoting the idea of the potential of poetry as an aesthetic pleasure.

Generally, our passage through the wonderful world of poetry is diminished by a rather reduced exposure during childhood and the overly analytical approach of this literary genre, which is given in most schools.

Although science is applying its own methods to try to discover the relationship between poetry and the brain, the truth is that poetry is so much more than what a brain scanner can tell us. It doesn’t only produce the goosebumps and tingling sensations observed by Wassiliwizky’s team. Poetry still holds a mystery that science hasn’t yet been able to investigate: exactly why a perfect cadence and rhythm can elevate the spirit. That’s the new challenge for research.

Can Literature and Poetry Help Us Overcome Depression?
Literature and poetry can be therapeutic tools that can help us overcome depression, given that a book is so much more than a shelter. Read more »
Link copied!
Interesting Articles
Brain
Neurovisceral Integration Model: the Brain-Heart Connection

There are 5 kinds of brain waves and they work almost like musical notes. Some are low frequencies, others are high…