Biological psychiatry is a branch of psychiatry that studies the biological relationships that influence or are related to the presence of mental disorders. 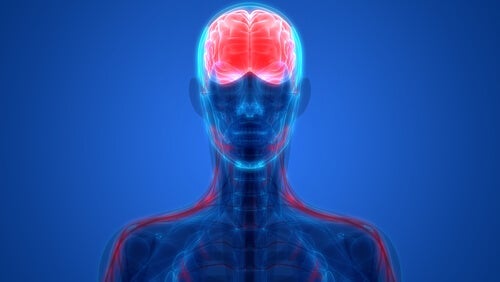 Biological psychiatry, or biopsychiatry, is a branch of psychiatry that attempts to understand mental disorders by focusing on how the nervous system functions. It’s interdisciplinary in its approach and based on sciences such as neuroscience, psychopharmacology, biochemistry, genetics, and physiology.

So, in a nutshell, it’s the branch of medicine that deals with the study of the biological function of the nervous system in mental disorders.

Biological psychiatry arose between the 18th and 19th centuries. Its success came with the advent of psychopharmaceuticals in the 1950s.

The German Institute for Psychiatric Research especially emphasized neuroanatomy and histopathology. In the 20th century, scientists achieved an enormous advance in technological instruments and that led to a great development of basic sciences.

Among the instruments invented were improved microscopy equipment and imaging techniques, such as magnetic resonance and positron emission tomography. They even developed nanotechnology that would be widely used in the development of the Human Brain Project (HBP).

“When we’re no longer able to change a situation, we’re challenged to change ourselves.”

The development of biological psychiatry is linked to advances in technology. One of the most important ones occurred when they created the serendipitous identification of neurotransmitters and receptors that intervene in the mechanisms of action of different drugs. Experts then perfected them to create blockages or activations of biogenic amines.

With the advent of psychopharmaceuticals and theories of biochemical imbalance, scientists started searching for the genetic elements that are linked to these biochemical variables. This paved the way for the discoveries that resulted from this search to influence the evolution of diagnostic classifications.

However, as of yet, no reliable biological markers have been achieved. However, it seems that current screening techniques are beginning to yield results.

One such example is the research into the biology of depression through brain scanning techniques, through which Helen Mayberg identified two circuits that are greatly important for decision-making. This will greatly help experts choose which type of therapeutic approach will be best when treating patients with depression.

The biological basis of psychiatric disorders

To be able to talk about the biological basis of psychiatric disorders, we need to turn to genetics. We know that genetic characteristics are involved in the etiopathogenesis of mental illness (the probability of whether mental illness will develop). However, even though there are no identified genes yet, there are candidate genes with a probable locus. This, though, is still an underdeveloped pathway.

“If we want things to stay as they are, things will have to change.”

A recent study by Marian L. Hamshere’s group at Cardiff University, in the United Kingdom, reports on a genetic association between childhood attention-deficit hyperactivity disorder and schizophrenia and adult bipolar disorder.

Variations in genes for calcium channel activity appear to be very important in all five disorders. Therefore, this had led to the hope of new molecular targets for the subsequent development of psychotherapeutic drugs.

Another area of genetic research focuses on how genetic mutations influence brain development. Most mutations produce small differences in our genes.

Researchers such as Murdoch and State have discovered a significant number of copied variations of chromosome 7. An extra copy of a segment of this chromosome greatly increases the risk of autism, which then manifests in a tendency to social isolation. Most interestingly, the loss of the same segment results in Williams syndrome, a disorder characterized by intense socialization.

This segment of chromosome 7 contains about 25 of the approximately 21,000 genes in the human genome. Despite this tiny amount, an extra copy or a copy without this segment has profound and radical effects on social behavior.

This is further evidence of the biological nature of mental disorders. And this, in turn, indicates that certain mental disorders, such as schizophrenia or depression, have a significant genetic component.

“We used to think that our future was in the stars. Now we know it’s in our genes.”

The promises for the future

Advances in biological psychiatry lead to relevant technological developments. We’ve already touched on the fact that, in the near future, we’ll obtain a lot of information about the brain from developments in nanotechnology, microelectronics, and synthetic biology.

Neuroscientists will have access to these developments for their experiments and research. These will include implanting nanosensors, wireless fiber optics, and genetically engineered living cells to penetrate brain tissue and report on what, how, and when the neurons are responding to different stimuli.

This is the essence of the international Human Brain Project which we referred to earlier. This is similar to the Human Genome Project that has contributed so much to science in general and to genetics in particular.