The term "populism" is becoming increasingly popular. The interesting fact about it is that it hasn't always been linked to political discussions. Keep reading to learn more! 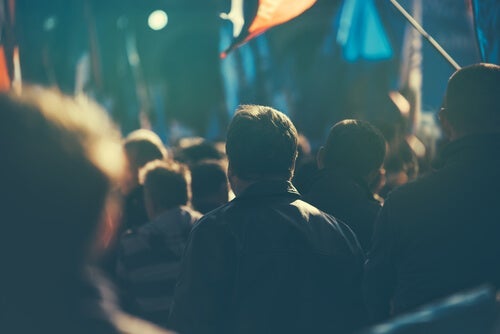 The term “populism” is becoming increasingly popular. In a way, some see it as a synonym for demagogy. It’s applied indiscriminately to governments, political regimes, forms of state, personalities, or economic policies.

In fact, this is a term you may hear on a regular basis, and always in a pejorative way. However, this word hasn’t always been a common instrument in media and political discussions. Actually, before that, it was a simple academic term with plenty of nuances.

The perspectives of a populist government

It’s very difficult to give this term a systematic definition. However, we can take into account three perspectives regarding it.

Where does this term come from?

As previously stated, before this term became so popular, it had an academic use. The first time someone used it was at the end of the 19th century to name a phase of the development of the socialist movement in Russia.

This term was used to describe the anti-intellectual wave, which refers to a belief that socialist militants should learn from the people before they could be their guides.

A few years later, Russian Marxists began to use the term with a pejorative sense. They applied it when referring to those socialists who thought that the main subjects of the revolution were the peasants and that they could build rural communes from a future socialist society.

Moreover, the international socialist movement began to use “populism” to refer to a movement that opposed the upper classes. However, unlike Marxism, it was nationalist and identified with the peasantry.

On the other hand, and with no apparent connection to the Russian term, Americans began using it when referring to the ephemeral the People’s Party, which emerged mainly supported by poor farmers with anti-elitist and progressive ideas. Thus, you can see that, in both cases, the term referred to a rural movement with anti-intellectual tendencies.

Nonetheless, in the 1960s and 1970s, other academics resumed the term in a different sense. They used it to name a series of Third World reform movements (such as Peronism in Argentina, Varguism in, Brazil and, Cardenism in Mexico).  The distinctive characteristic here was the type of leadership. It was personal rather than institutional, individual rather than pluralistic, and emotional rather than rational.

This is how the academic world went from using the term “populism” to define peasant movements to using it to designate a broad ideological and political phenomenon. In the 1970s, people considered “populism” any movement that threatened democracy with a negative connotation.

Its inclusive nature is the main recognizable trait of Latin American populism. In particular, three elements define this characteristic:

In brief, populism went from being a recognition of ignorance and the need for learning of those who intend to rule to a political movement that seeks to earn the sympathy of the people with its proposals, no matter if these are convenient to them or not.

What’s the Link Between Education and Political Beliefs?
The effect that our schools have on people's political beliefs is a really common topic of debate nowadays. So what exactly is the link? Read more »
Link copied!
Interesting Articles
Culture
Five Controversial Films at Their Release