What's Olfactory Memory and How Does it Work?

Thanks to olfactory memory, you choose products or activities that remind you of smells from your childhood and happy moments in your life. Today, we'll discuss how this part of your brain works. 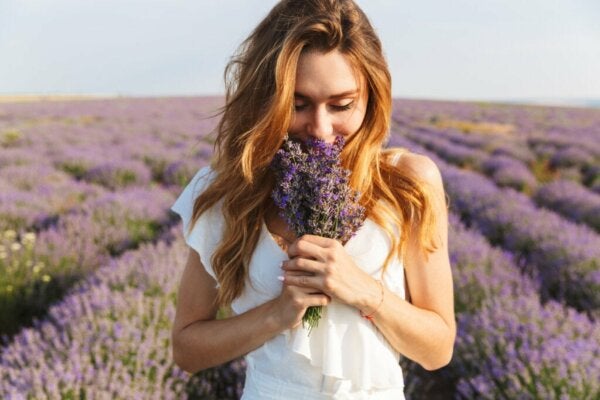 Have you ever smelled something that instantly took you back to your childhood? Or bought a cookie because it smelled like the ones your grandma used to bake? Both of these are examples of your olfactory memory at work. This is the most basic kind of memory and it has a strong connection to your emotions. This is a connection that experts in marketing know very well and take advantage of to sell us their products.

It’s important to clarify that your sense of smell is a chemical system. As such, it’s in charge of detecting the chemicals that produce smells in your environment. This process is crucial for survival because it helps you identify substances that could be dangerous, such as spoiled foods.

The most effective sense

This is also one of the most effective senses because it’s the most directly connected to the brain structures that process information. Your body and brain process smells in the following way:

The brain structures where the information ends up are the ones that help olfactory memory develop. It makes it possible to relate smells and memories, which helps the evocation and recognition process of different aspects of your daily life.

The limbic system and olfactory memory

We know that the limbic system is fundamental for consolidating information related to olfactory memory. This system is made up of structures such as the amygdala, the thalamus, and the cingulate gyrus, among others. It’s linked to involuntary or instinctual responses. The olfactory memory also helps process emotional information and provides stimuli.

The amygdala plays a key role in emotional response because it activates immediately in response to olfactory perception. It either assigns an emotion to a smell or triggers memories with a smell.

This system is one of the oldest in the brain and it’s responsible for your least rational actions. That means that the information that becomes part of your olfactory memory can incentivize certain decisions without first passing through the filter of reflection.

As we mentioned above, what you perceive with your sense of smell isn’t easily processed through a rational filter. However, it has an impact on emotional and social aspects. Different processes in the brain help consolidate olfactory memory information. Some of them are:

This is one of the new approaches in the world of marketing. Businesses are using smells and olfactory memory to advertise and sell certain products. The goal is to evoke certain emotions that motivate consumption.

To that end, this kind of marketing uses the sense that most influences your buying choices. This is due to its power as a driver of action. To do this, they develop an olfactory logo or a “scent brand”. With a scent brand, a company can fix the memory of a specific brand in your mind.

It’s important for the scent brand to evoke feelings, values, emotions, and memories. Likewise, it has to be sufficiently recognizable and different enough from other types of smells, especially from the direct competitor’s scent brands. The better the scent brand evokes positive memories, the better it works.

In conclusion, olfactory memory, due to its direct communication with your decision-making center, plays an important role in your life. Big corporations are very aware of this connection, which is why they won’t hesitate to use it to trigger your primal instincts and overpower your rational brain.

The Psychology of Smell: Three Smells that Change Attitudes
The psychology of smell has studied the influence that a specific scent or odor has on a person's behavior. Learn more with us! Read more »
Link copied!
Interesting Articles
Brain
Neuroesthetics: Where Neurology and Art Meet