Does Superstition Improve Our Chances of Survival? 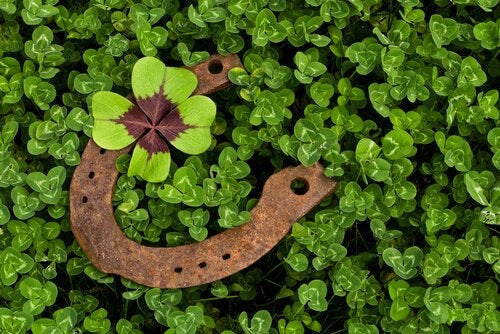 Superstition is actually just a side effect of our ability to learn. Any living thing that’s able to make connections between facts and events might be superstitious to some degree.

Going along with Rotter (1966), if someone thinks that the results of something is out of their hands (unpredictable: destiny, outside forces, luck…), that means they have a belief or expectation based on external control. Some say superstitious behavior corresponds to uncontrollable situations. That said, we all know that it’s impossible to control everything around us.

As human beings, we’ve evolved and picked up abilities that help us survive in the world. It’s a world that’s pretty unpredictable. And that’s why we all have some kind of belief or illusion that make us feel we control our lives.

Superstition as an adaptive tool

Knocking on wood, crossing your fingers, or not walking under a ladder might be like candy to a child. According to your brain, at least. After all, little kids absolutely love candy. And people do use it as reinforcement all the time, without knowing exactly why it works. Well, the same thing also happens with superstitious rituals.

A lot of people have amulets or rituals they use to help them perform better at certain things. These things might give them an extra boost of motivation or more self-confidence.

Personal Superstitious Thinking (PST) is the tendency to think in a way that prepares you to defend yourself from disappointment, heartbreak, and displeasure. This kind of thinking is also part of what Epstein (1988) defined as constructive thinking.

Confidence in yourself is absolutely crucial. That means that any factor, as irrational as it may be, will improve your chances of survival. And more specifically, that means that the claim that superstition might be adaptive is actually true sometimes.

In these two experiments, participants are made to think their behavior is being reinforced. But in the Koichi Ono study, the superstitious behavior doesn’t come entirely from accidental reinforcement. And Helena Matute’s experiment confirms the theory that lack of control is what makes humans behave superstitiously.

Inspired by Skinner’s research with doves, Koichi Ono used experimental rooms with three levers and a panel. The panel registered how many points the participants had. He had twenty subjects try to get as many points as possible. However, he didn’t tell them any specific action to do.

He programmed the devices to give out reinforcers (points on the counter) every so often. But it went off on its own. What was the result? Many participants displayed superstitious behavior when they did something and a point came after. One of them even jumped up, thinking that was how they got the points.

Matute did this experiment by using a negative stimulus on a computer. In this case it was an annoying sound programmed to go away after a certain amount of time. She divided the subjects into two groups.

With the first group, she asked them to try to turn the sound off by using the computer’s keyboard. With the members in the second group she said that no matter what they did, they wouldn’t be able to control the sound.

The results were very different. The people in the first group established a behavioral pattern the moment they pressed down the keys. These people developed an illusion of control, and it lead them to behave superstitiously.

They actually started to believe that if they pressed down certain keys they could control the annoying sound. On the other hand the second group did nothing, just like she’d asked them to.

Illusion as a shield

Our brains are made up of a web of connections that tries to make associations between things. We associate words, places, feelings, events, etc. When someone mistakenly sees their behavior as a possible cause, that means their brain has been taken over by an “illusion of control.” When this happens in a more general way, by thinking the cause or root comes from an external force, we call that phenomenon an “illusion of causality.”

There are a lot of societies that perform rituals like rain dances or human sacrifice. Now let’s stop and think about this for a second. Could these practices come from just accidental reinforcement of individual behavior, or are they a way to improve our chances of survival?

Why Do People Believe in Pseudosciences?
It's funny how some people, even with all kinds of education and easy access to information, are powerfully attracted to pseudosciences. Read more »
Link copied!
Interesting Articles
Neuroscience
Why You Stay in a Relationship if You're Being Psychologically Abused

If you're being psychologically abused and you're unhappy, you might be asking yourself "Why don't I just walk away from…

You've probably had complicated moments in your life that compelled you to find an explanation. Maybe you wanted to understand what was…

Imagine that your stroking a cat, and therefore also perceiving the taste of candy in your mouth. Or that as…

Psychology
Adversity: A Teacher That Only a Few Listen To

There are philosophies that preach messages against adversity and tell us that we must avoid it at all costs. They…