Sensory Stimulation in People with Alzheimer's

Sensory stimulation in people with Alzheimer's disease promotes the development of cognitive, emotional, motor, and psychosocial functions. In addition, it facilitates learning through sensation and perception. 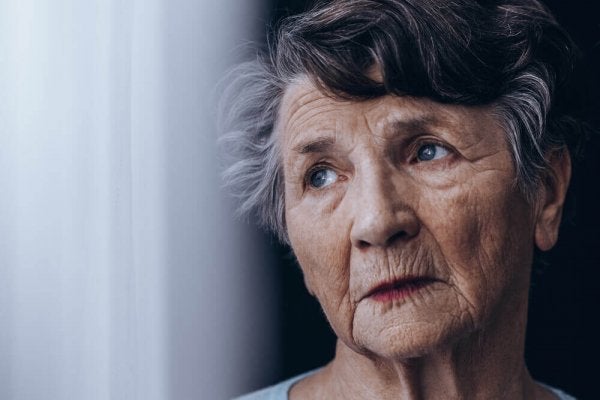 Alzheimer’s is a neurodegenerative disease that’s increasingly present as a consequence of a rise in the aging population. There’s no cure for it — at least not yet. Nevertheless, various interventions can delay its progression or decrease the intensity of symptoms in people with this disease. Sensory stimulation is one of them.

This type of intervention focuses on the senses. Consider that people with Alzheimer’s disease may suffer from deteriorated cognitive ability, along with their ability to regulate emotions. However, they won’t lose the primitive ability to feel. This is precisely what one must take advantage of when it comes to sensory stimulation.

In today’s article, you’ll read what sensory stimulation consists of in people with Alzheimer’s. Also, how to do it, along with its potential benefits.

“If you learn to listen for clues as to how I feel instead of what I say, you will be able to understand me much better.”

A brief description of Alzheimer’s disease

This is a neurodegenerative disorder that affects different functions of the human body. Thus, it manifests at the physical, cognitive, emotional, and behavioral levels (executive functions).

Memory loss is one of the first indicators that light up the alarm signal. There’s an increased misdirection or disorientation (either in time or space). Thus, the person needs more precise and spaced instructions to follow a plan. Also, their initiative decreases, and their vocabulary greatly reduces. Thus, they lose precision in their communication.

In addition, Alzheimer’s disease makes it difficult to carry out routine tasks that a person was used to doing, regardless of how well they knew them or how simple they are. Even when they require the minimal expenditure of resources. Also, it affects them emotionally, since irritation or impotence from the lost ground can make the person irascible.

There are different theories about the origin of this disease. Some point to the formation of neurofibrillary tangles. That is an abnormal conglomerate of proteins made up of small fibers that interlock within neurons in people with Alzheimer’s. The tau protein is also a part of this process, as it’s the main component of the tangles.

What does sensory stimulation consist of?

Sensory stimulation is a set of techniques and exercises that produce an activation of the senses through stimuli. Thus, it’s a kind of awakening of the senses. The goal of this intervention is to favor the entry of sensory information to the nervous system. This way, one helps a person to achieve a set of sensations and perceptions.

The person learns through this stimulation, as it’ll reinforce weakened cognitive functions, help them understand the world around them, and, also, with their emotional expression.

Sensory stimulation in people with Alzheimer’s disease is a form of non-pharmacological intervention that consists of awakening the patient’s sensations and perceptions.

To achieve the goal of sensory stimulation in people with Alzheimer’s disease, medical professionals must stimulate the visual, auditory, vestibular, tactile, olfactory, and gustatory systems.

However, the intervention is carried out in multisensory rooms or Snoezelen. These rooms emerged in the Netherlands in the 1970s thanks to Hulsegge and Ad Verheul. In addition, these spaces are aimed at three types of activity: relaxation, interactivity, and discovery.

Multisensory stimulation in Snoezelen rooms is based on the sensory integration model, developed by Anne Jean Ayres, an American occupational therapist and neuroscientist. In this framework, cognitive, sensory, motor, and psychosocial components are worked on and stimulated in three rooms: clean room, black room, and adventure room. In addition, depending on the activity, there are passive and active rooms.

These activities are carried out by professionals from different health professions. Thus, doctors, clinical psychologists, neuropsychologists, nurses, and occupational therapists, among others, intervene.

Likewise, the idea is to intervene in people with Alzheimer’s disease at different stages. However, it’s more favorable to do them in the initial and intermediate stages of the disease.

Sensory stimulation is a valuable resource against Alzheimer’s

Now you know what sensory stimulation consists of in Alzheimer’s patients. Ok, but what are the benefits?

Certainly, this type of work is rigorous, meaning that it requires self-organization, adaptation to the environment, creativity, and the motivated participation of everyone involved. At least, this is what Monsalve Robayo and Rozo Reyes suggest in their article for Revista Colombiana de Psiquiatría.

As you can see, there are techniques that can provide wellness to people with Alzheimer’s disease and sensory stimulation is one of them. Through this unique intervention, medical professionals can help patients have a better quality of life. Thus, it also provides relief to their caregivers.

Being Bilingual Can Help Prevent Alzheimer’s
Being bilingual has many social and psychological advantages. But modern scientists are discovering that being bilingual also has benefits for the brain. Read more »
Link copied!
Interesting Articles
Treatments
Can We Stop Human Aging?

New technologies are resulting in changes at every level of society. These include not only social changes but also cultural…