Read all about mansplaining in this article! 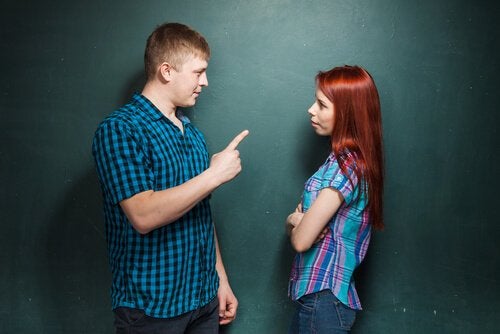 Mansplaining is when a man seems unusually condescending or patronizing, especially towards women. This phenomenon references those who follow a more traditional way of behaving and thinking.

Although it’s usually subtle, this type of behavior is commonly related to machismo. In fact, the man may not even be aware of his behavior and its consequences.

The word “mansplaining” is composed of the words “man” and “explaining” and it refers to the patronizing behavior of some men towards women. It’s important to mention that when a man practices mansplaining, they usually believe the woman can’t engage in the conversation unless they act this way.

“No struggle can ever succeed without women participating side by side with men.”

Mansplaining is also when a man only talks about chauvinist topics. Not only that but when they make rude, sexist comments while talking to a woman. Their main goal with this is to make the woman sit back and listen to what they have to say, without giving any opinions whatsoever.

Given that mansplaining makes men feel in charge and superior, it’s safe to say that it’s very sexist. Nonetheless, mansplaining can also be quite subtle and not as obvious as one may think. In this regard, author Rebecca Solnit describes mansplaining as a combination of overconfidence and cluelessness.

Mansplaining is related to power. Its desired effect is to basically annul a woman and make her invisible in a professional or social environment. Many men resort to mansplaining when they’re threatened by an experienced and intelligent woman.

Mansplaining towards other men

Sometimes, mansplaining is directed towards other men. This usually happens in competitive environments.

Moreover, women seldom practice mansplaining because it’s not what society teaches them. In the Orthodox world, men are more ‘powerful’ than women in all aspects. On the other hand, many studies suggest that women have a greater preference for equality in their relationships.

“You can compare them in some ways, but they’re not at all the same. But they’re both symptoms inside the white male power structure.”

Ideas that sustain the concept of mansplaining

Men think that women are weaker than them on a biological level. According to this logic, women’s natural inferiority would make this patronizing and condescending treatment necessary. This may explain why many men think that acting this way makes them better and more human, coherent, and sensitive.

Although many studies have analyzed the contrasts between men and women when it comes to intellectual performance, none of them have found significant differences.

This final example of mansplaining-related behavior is perhaps the most typical. Some men consider themselves to be more knowledgeable in any subject than a woman. In fact, some even believe they’re more informed in women-related topics such as pregnancy or breastfeeding.

Mansplaining is based on misconceptions. In many cases, men resort to it in a very subtle way. In fact, it may be so subtle that it’s very difficult for women to identify it.

“Sexism has never rendered women powerless. It has either suppressed their strength or exploited it.”

6 Forms of Gender Discrimination
We are surrounded by it. Sexist or gender discrimination, also known as sexism, is prejudice or disregard for another person because of their gender. Read more »
Link copied!
Interesting Articles
Behavioural Biology
The Cerebrospinal Fluid: The Foundation of the Central Nervous System