What Do You Know about Schizoid Personality Disorder? 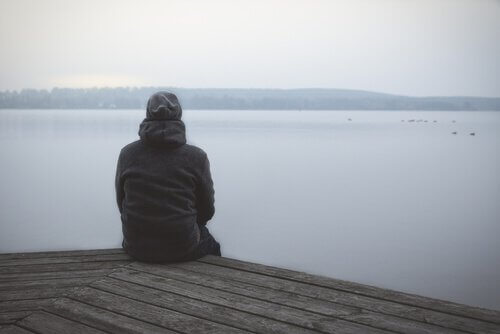 Schizoid personality disorder is a general pattern of distancing oneself from social relationships and having a restricted range of expression of emotions in interpersonal situations. This pattern begins in adulthood and appears in a variety of contexts.

People with schizoid personality disorder lack a desire for intimacy. They are indifferent to opportunities to develop close relationships and do not get great satisfaction from being part of a family or other social group.

They prefer to spend time alone instead of being with other people. They are often socially isolated or “loners.” They almost always choose individual activities or hobbies that do not involve interaction with others.

These people prefer mechanical or abstract tasks, such as computer or mathematical games. They may have little interest in having sexual experiences with other people and enjoy few to no activities.

People with schizoid personality disorder usually feel less sensory, bodily, or interpersonal pleasure from activities such as walking on a beach at sunset or having sex.

These individuals do not have close friends or confidants, with the possible exception of an immediate relative. They often seem indifferent to the approval or criticism of others. They may be oblivious to the normal subtleties of social interaction.

In addition, they often do not respond adequately to social signals, so they seem socially inept or superficial and self-absorbed.

People with schizoid personality disorder have few friendships, see others infrequently, and often do not marry.

In general, they have a very subdued attitude, without visible emotional reactivity. They rarely react with gestures or facial expressions like smiling or nodding. They claim that they rarely experience strong emotions like anger or joy.

People with schizoid personality disorder often have restricted emotions and seem cold and distant. However, in very exceptional circumstances in which they feel comfortable and sincere, they can recognize that they have painful feelings, especially related to social interactions.

How is schizoid personality disorder diagnosed?

The Diagnostic and Statistical Manual of Mental Disorders (DSM-V) presents the following diagnostic criteria for this disorder:

A. Dominant pattern of detachment in social relationships and little variety of expression of emotions in interpersonal contexts, which begins in the early stages of adulthood and is present in various contexts. It is manifested by four (or more) of the following:

B. It does not occur exclusively with schizophrenia — a bipolar disorder or a depressive disorder with psychotic features — or another psychotic disorder or an autism spectrum disorder. It cannot be attributed to the physiological effects of another medical condition.

People with schizoid personality disorder may have special difficulty expressing anger, even in response to direct provocation. This contributes to the impression that they lack emotion or “blood in their veins”.

Sometimes it seems that their lives lack direction and it may seem that they are “adrift” in terms of their goals and objectives. These individuals often react passively to adverse circumstances and have difficulty adequately responding to important events in life. Also they:

People with this disorder can sometimes develop a major depressive disorder. This disorder most often coincides with schizotypal, paranoid, and avoidant personality disorders.

Thus, in the schizotypal personality disorder, in addition to having interpersonal and social deficiencies, they have eccentric or “odd” behavior.

Schizotypal people experience strange beliefs or magical thinking that influences their behavior and does not fit with cultural norms. They also have unusual perceptual experiences, such as bodily illusions or paranoid ideas.

A Beautiful Mind: Coping with Schizophrenia
This movie narrates how this exceptional human being learned to live with schizophrenia by applying the rule that "every problem has a solution". Read more »
Link copied!
Interesting Articles
Psychology
Tips to Control Stress

Psychology
When You Accept Your Polarities You Become More YOU

When you accept your polarities you become more YOU. You become genuine and authentic. You start down the path that will…

"Focus on the journey not the destination. Joy is found not in finishing an activity but in doing it." This quote…

You can improve your mental health by channeling your emotions through positive thoughts. Mentally healthy individuals demonstrate healthy confidence when faced with the…