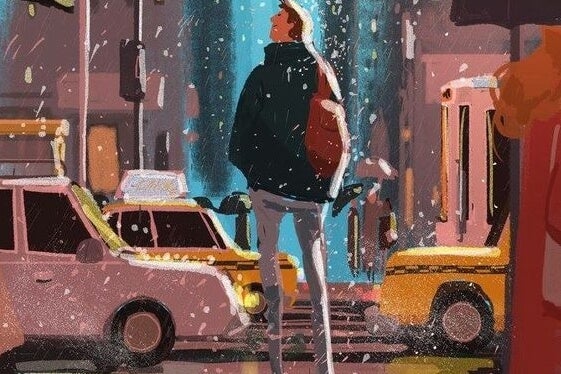 Constant lateness can become infuriating. There’s nothing more annoying than arranging to meet someone at a certain time and then watch the minutes  go by without that person appearing. Some don’t even arrive within minutes, it can even be hours or they might not even arrive at all. The most frustrating thing about it is that they are almost always “repeat offenders”: they never get anywhere on time.

If it’s already the time you’ve arranged to meet up and they haven’t arrived, you’ll call them and they’ll say “I’m on my way”. The more daring might say “I’m just leaving,” when they should have arrived already. Their lateness is a chronic condition. There’s no power on earth that can change them.

“Better three hours too soon than a minute too late.”
–William Shakespeare–

The truth is that time is something that is completely subjective. As humans we have invented different ways of measuring it. Even so, each one perceives and handles it according to a series of subjective variables. For some it is an exact measure that we must adapt to; for others it is an annoying limitation that means nothing to them.

Constant lateness and our perception of time

Everyone perceives time in a different way. This depends primarily on age. When you are small, the hours seem like days and weeks, which is why children easily become impatient. The older you are, the quicker time seems to fly. You don’t seem to register when a day or month is over: all you know is that it went by too fast.

The measurement of time also depends on the amount of activities you do. If you have many, then time seems to go by faster. If you have few then you will sense time going slower. Obviously, another factor that influences you is your state of mind. Happy times go by rapidly, while in the midst of suffering or trouble it seems like the hands on the clock have almost stopped.

Whatever the situation, the human being establishes a link between his perception of time and punctuality or constant lateness. If the circumstances of life combine to show you what a very limited and precious resource time really is, then you will certainly try to be very exact with your schedules. If, on the other hand, if you don’t consider time to be that precious, then you’ll consider it a limitation to go around arranging exact meeting times. Some overestimate time and others are more focused on the activity itself, no matter how long it takes.

That way of perceiving time, whether it be slow or fast, affects how we plan events. Many late people are actually bad planners. They don’t want to snub anyone. They just don’t calculate well. They are easily distracted and not struck by that sense of urgency that can overwhelm others. In this case their constant lateness only reflects a lack of concentration and lack of maturity.

Some chronically late people, however, don’t belong to this innocent category of the absent-minded. Their lack of adjustment to social time implies other peculiarities. Chronic tardiness implies, at times, that behind it all there is an excessively narcissistic personality. They are people who want to create a condition of need or vulnerability in the other person. They end up using their lateness as a mechanism of power.

There is also another type of person – the one who arrives everywhere late because they are carrying a heavy load of insecurity around with them. They are afraid of meeting up for some reason, and that’s why they try to put it off for as long as they can. They do it unconsciously, they don’t actually decide to do it. They simply don’t take the necessary steps to be punctual and they don’t know why. Deep down they fear being rejected or looked down on.

In the same way, some people use lateness to express some sort of rebellion. They oppose the situation that has given rise to the encounter. Their late arrivals are a way to make that rejection obvious and visible, and at the same time is a show of defiance. Perhaps there is something that is not quite right and lateness becomes a vehicle to make it obvious.

What all these cases of lateness have in common is ambivalence. In all of these situations there are two realities at stake. The transparent one, which arranges an hour, and the hidden one that sabotages the agreement. Behind the chronic lack of punctuality there is always a hidden message that must be unraveled. It is not the traffic hold ups, nor mere carelessness that gives rise to this inconsiderate custom. To persist in the habit of not arriving at the agreed time is in many cases a disguised and irritating way of transmitting a message.

Lying: Does It Sometimes Help?
And there are cases in which lying is not deceit in the moral sense, but a way to avoid unnecessary conflicts. Read more »

Link copied!
Interesting Articles
Neuroscience
Animal Consciousness: Are They Aware of Their Suffering?

Today I'm ready to make decisions, as I leave behind my fear, doubts, and everything else holding me back. I…

Psychology
The Benefits of Coloring Mandalas

Coloring mandalas gives you the opportunity to develop your attention and achieve a greater state of relaxation, whatever your age.…

Psychology
Your Circumstances Are Tough, But You Are Tougher